The VST Optical Imaging of the CDFS and ES1 Fields (VOICE) Survey is a Guaranteed Time programme carried out with the European Southern Observatory (ESO) VLT Survey Telescope (VST) telescope to provide deep optical imaging over two 4 deg2 patches of the sky centred on the Chandra Deep Field South (CDFS) and ES1 as part of the ESO-Spitzer Imaging Extragalactic Survey. We present the cosmic shear measurement over the 4 deg2 covering the CDFS region in the rband using LensFit. Each of the four tiles of 1 deg2 has more than 100 exposures, of which more than 50 exposures passed a series of image quality selection criteria for weak-lensing study. The 5σ limiting magnitude in r band is 26.1 for point sources, which is ≳1 mag deeper than other weak-lensing survey in the literature [e.g. the Kilo Degree Survey (KiDS) at VST]. The photometric redshifts are estimated using the VOICE u, g, r, i together with near-infrared VIDEO data Y, J, H, Ks. The mean redshift of the shear catalogue is 0.87, considering the shear weight. The effective galaxy number density is 16.35 gal arcmin-2, which is nearly twice the one of KiDS. The performance of LensFit on such a deep data set was calibrated using VOICE-like mock image simulations. Furthermore, we have analysed the reliability of the shear catalogue by calculating the star-galaxy cross-correlations, the tomographic shear correlations of two redshift bins and the contaminations of the blended galaxies. As a further sanity check, we have constrained cosmological parameters by exploring the parameter space with Population Monte Carlo sampling. For a flat Λ cold dark matter model, we have obtained Σ_8=σ_8(Ω_m/0.3)^{0.5}=0.68^{+0.11}_{-0.15}. 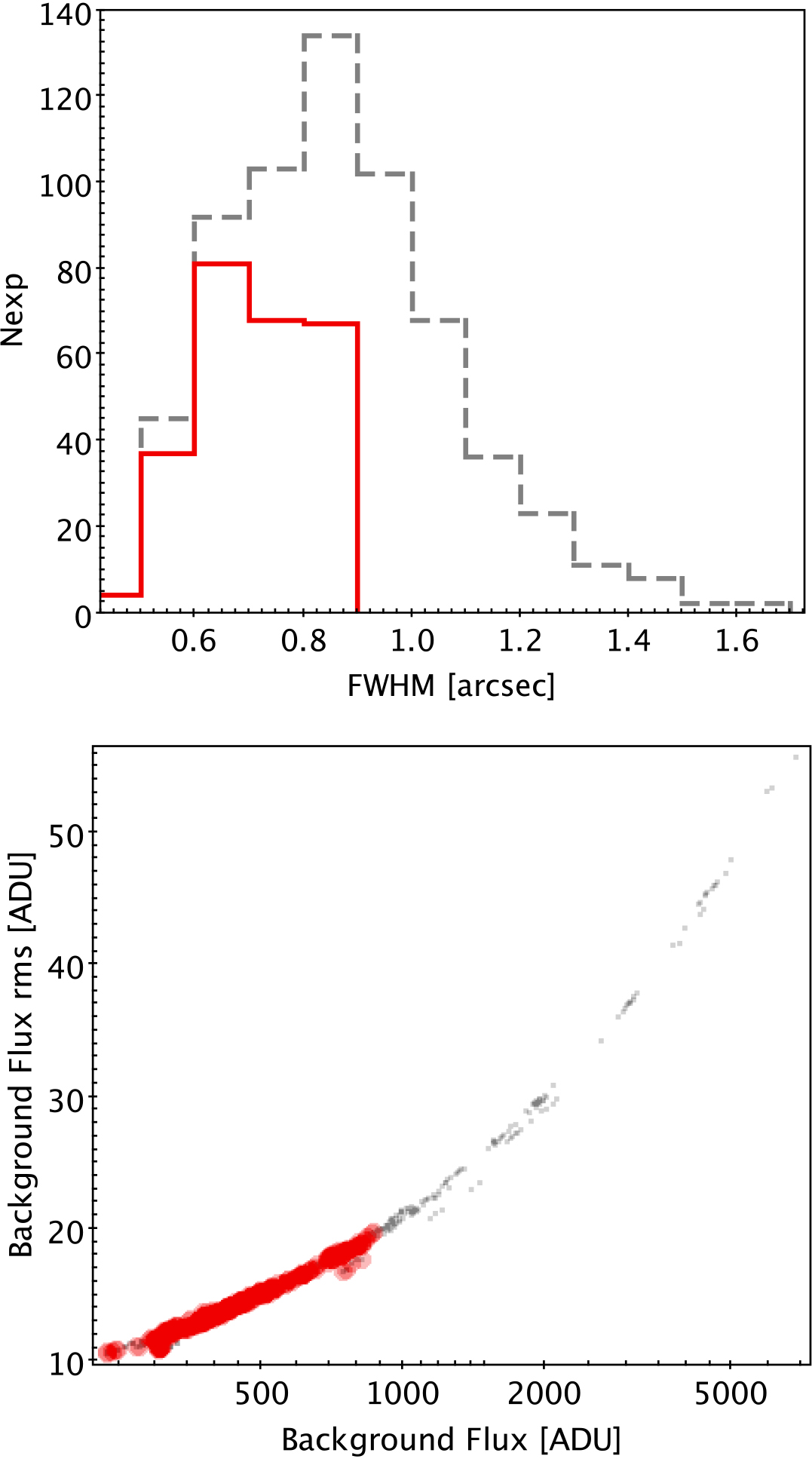