Most statistical inference from cosmic large-scale structure relies on two-point statistics, i.e. on the galaxy-galaxy correlation function (2PCF) or the power spectrum. These statistics capture the full information encoded in the Fourier amplitudes of the galaxy density field but do not describe the Fourier phases of the field. Here, we quantify the information contained in the line correlation function (LCF), a three-point Fourier phase correlation function. Using cosmological simulations, we estimate the Fisher information (at redshift z = 0) of the 2PCF, LCF, and their combination, regarding the cosmological parameters of the standard ΛCDM model, as well as a warm dark matter model and the f(R) and Symmetron-modified gravity models. The galaxy bias is accounted for at the level of a linear bias. The relative information of the 2PCF and the LCF depends on the survey volume, sampling density (shot noise), and the bias uncertainty. For a volume of 1 h^{-3} Gpc^3, sampled with points of mean density \bar{n} = 2× 10^{-3} h3 Mpc^{-3}, and a bias uncertainty of 13 per cent, the LCF improves the parameter constraints by about 20 per cent in the ΛCDM cosmology and potentially even more in alternative models. Finally, since a linear bias only affects the Fourier amplitudes (2PCF), but not the phases (LCF), the combination of the 2PCF and the LCF can be used to break the degeneracy between the linear bias and σ8, present in two-point statistics. 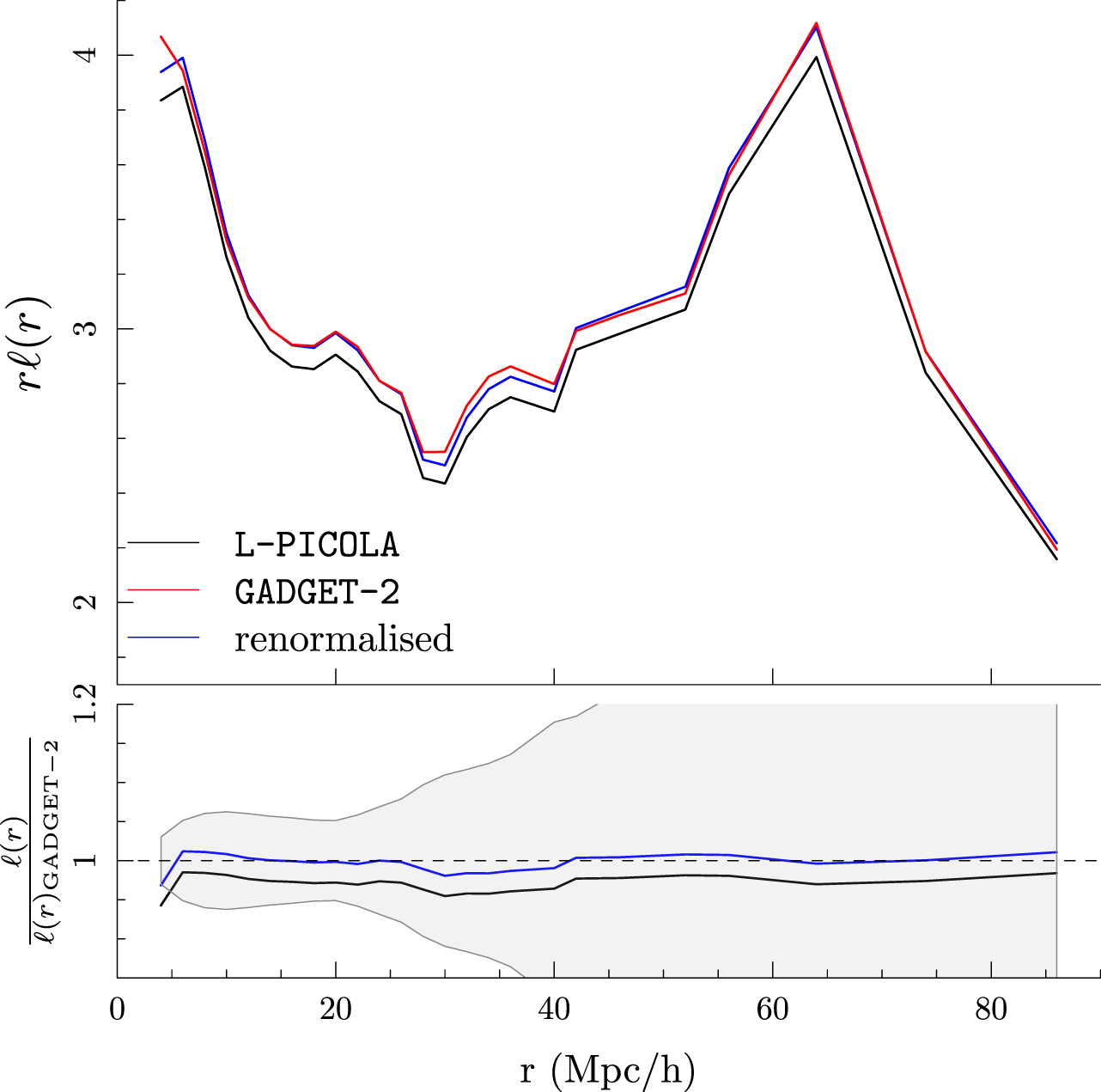