We present observations of the nearby (D∼100 pc) Herbig star HD 163296 taken with the vortex coronograph at Keck/NIRC2 in the L' band (3.7 μm) to search for planetary mass companions in the ringed disc surrounding this pre-main-sequence star. The images reveal an arc-like region of scattered light from the disc surface layers that is likely associated with the first bright ring detected with ALMA in the λ = 1.3 mm dust continuum at ∼65 au. We also detect a point-like source at ∼0.5 arcsec projected separation in the north-east direction, close to the inner edge of the second gap in the millimetre images. Comparing the point source photometry with the atmospheric emission models of non-accreting giant planets, we obtain a mass of 6-7 MJ for a putative protoplanet, assuming a system age of 5 Myr. Based on the contrast at a 95 per cent level of completeness calculated on the emission-free regions of our images, we set upper limits for the masses of giant planets of 8-15 MJ, 4.5-6.5 MJ, and 2.5-4.0 MJ at the locations of the first, second, and third gap in the millimetre dust continuum, respectively. Further deep, high-resolution thermal IR imaging of the HD 163296 system are warranted to confirm the presence and nature of the point source and to better understand the structure of the dust disc. 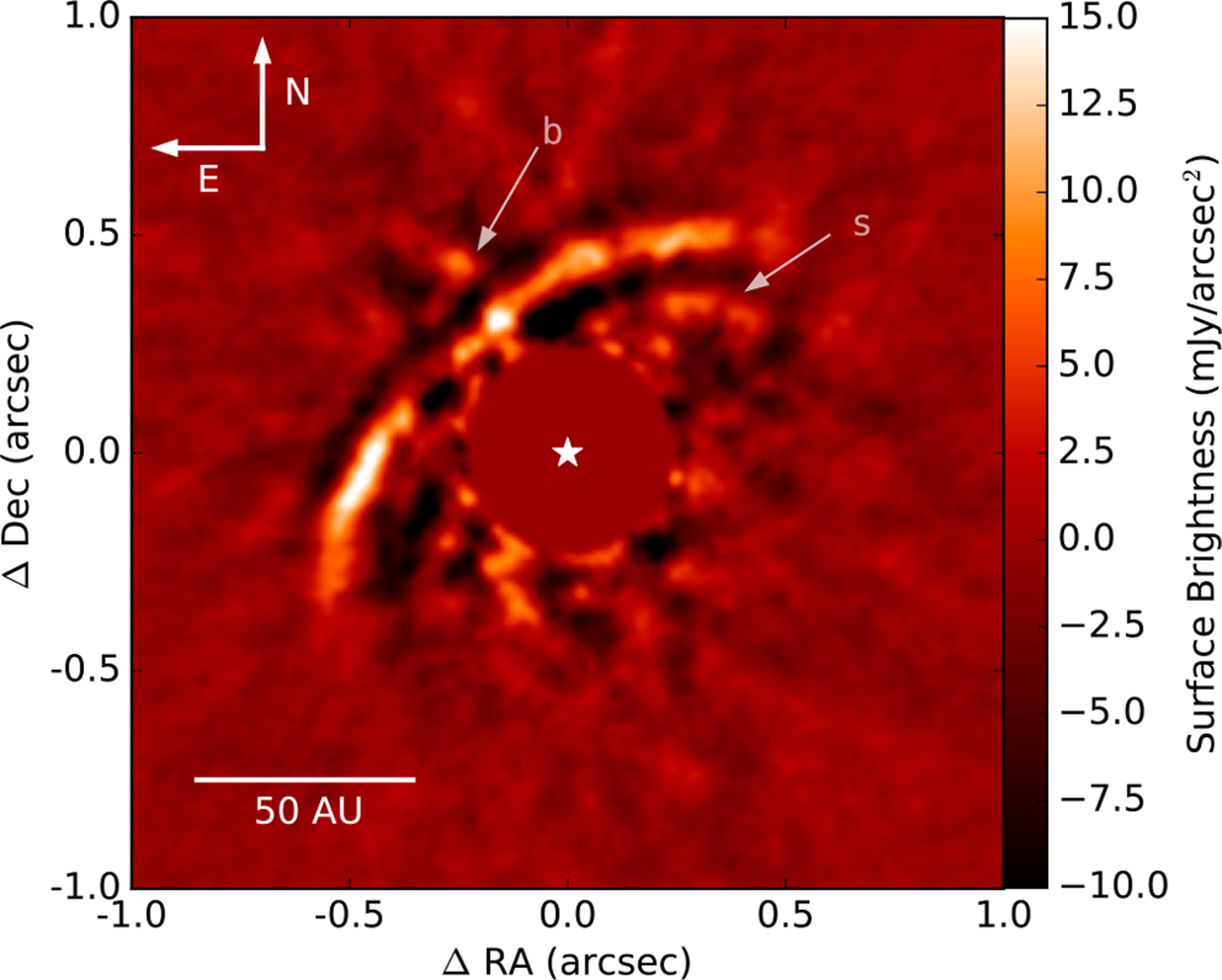