The bright Nova Cygni 1975 is a rare nova on a magnetic white dwarf (WD). Later it was found to be an asynchronous polar, now called V1500 Cyg. Our multisite photometric campaign occurring 40 yr post eruption covered 26 nights (2015-2017). The reflection effect from the heated donor has decreased but still dominates the optical radiation with an amplitude ∼1{^m.}5. The 0{^m.}3 residual reveals cyclotron emission and ellipsoidal variations. Mean brightness modulation from night-to-night is used to measure the 9.6-d spin-orbit beat period that is due to changing accretion geometry including magnetic pole-switching of the flow. By subtracting the orbital and beat frequencies, spin-phase dependent light curves are obtained. The amplitude and profile of the WD spin light curves track the cyclotron emitting accretion regions on the WD and they vary systematically with beat phase. A weak intermittent signal at 0.137613 d is likely the spin period, which is 1.73(1) min shorter than the orbital period. The O-C diagram of light-curve maxima displays phase jumps every one-half beat period, a characteristic of asynchronous polars. The first jump we interpret as pole switching between regions separated by 180°. Then the spot drifts during ∼0.1 beat phase before undergoing a second phase jump between spots separated by less than 180°. We trace the cooling of the still hot WD as revealed by the irradiated companion. The post nova evolution and spin-orbit asynchronism of V1500 Cyg continues to be a powerful laboratory for accretion flows on to magnetic WDs. 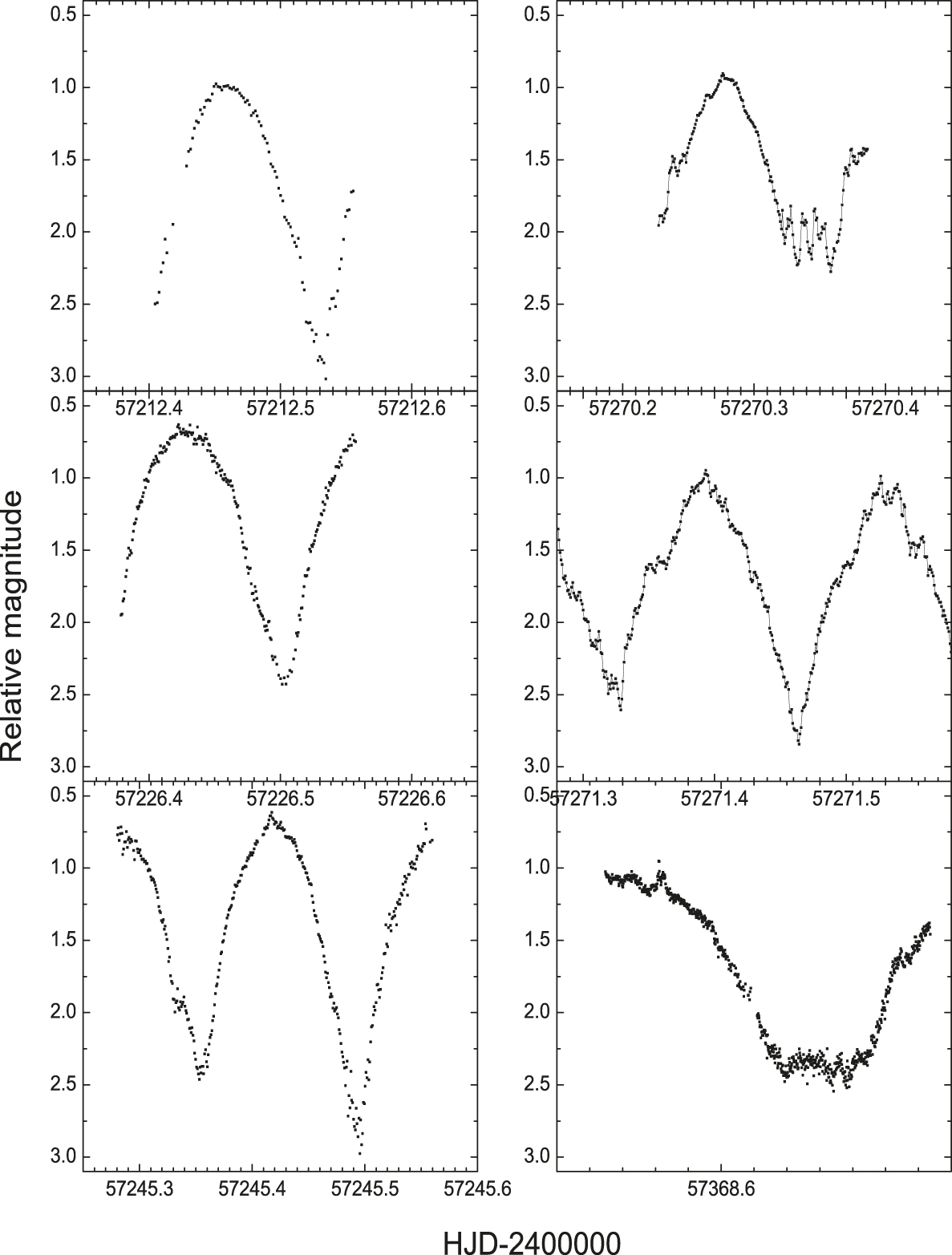