Ejection of rocky and icy material from binary star systems: implications for the origin and composition of 1I/`Oumuamua

In single-star systems like our own Solar system, comets dominate the mass budget of bodies ejected into interstellar space, since they form further away and are less tightly bound. However, 1I/`Oumuamua, the first interstellar object detected, appears asteroidal in its spectra and lack of detectable activity. We argue that the galactic budget of interstellar objects like 1I/`Oumuamua should be dominated by planetesimal material ejected during planet formation in circumbinary systems, rather than in single-star systems or widely separated binaries. We further show that in circumbinary systems, rocky bodies should be ejected in comparable numbers to icy ones. This suggests that a substantial fraction of interstellar objects discovered in future should display an active coma. We find that the rocky population, of which 1I/`Oumuamua seems to be a member, should be predominantly sourced from A-type and late B-star binaries. 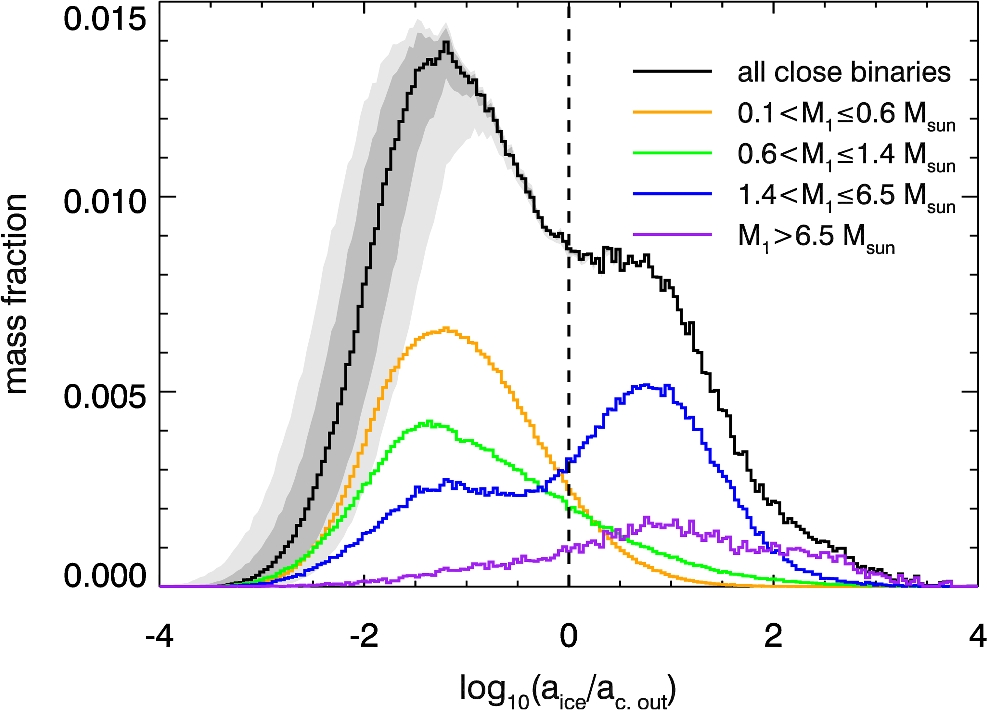