Ultraviolet and optical view of galaxies in the Coma supercluster

The Coma supercluster (100 h-1 Mpc) offers an unprecedented contiguous range of environments in the nearby Universe. In this paper, we present a catalogue of spectroscopically confirmed galaxies in the Coma supercluster detected in the ultraviolet (UV) wavebands. We use the arsenal of UV and optical data for galaxies in the Coma supercluster covering ∼500 deg2 on the sky to study their photometric and spectroscopic properties as a function of environment at various scales. We identify the different components of the cosmic-web: large-scale filaments and voids using Discrete Persistent Structures Extractor, and groups and clusters using Hierarchical Density-based spatial clustering of applications with noise, respectively. We find that in the Coma supercluster the median emission in H α inclines, while the g - r and FUV - NUV colours of galaxies become bluer moving further away from the spine of the filaments out to a radius of ∼1 Mpc. On the other hand, an opposite trend is observed as the distance between the galaxy and centre of the nearest cluster or group decreases. Our analysis supports the hypothesis that properties of galaxies are not just defined by its stellar mass and large-scale density, but also by the environmental processes resulting due to the intrafilament medium whose role in accelerating galaxy transformations needs to be investigated thoroughly using multiwavelength data. 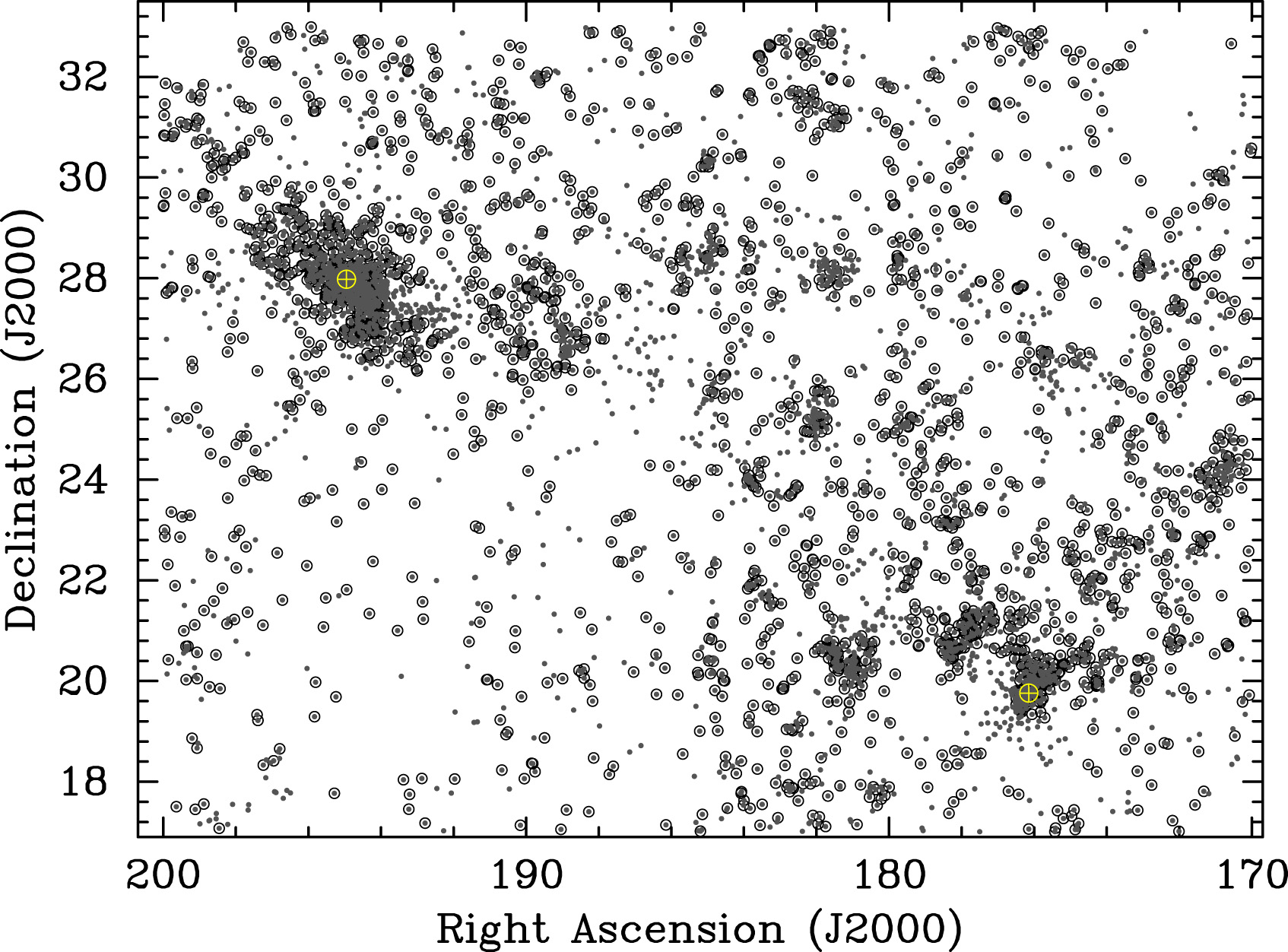