The source G2 has already completed its pericentre passage around Sgr A*, the supermassive black hole in the centre of our Galaxy. Although it has been monitored for 15 yr, its astrophysical nature and origin still remain unknown. In this work, we aim to test the hypothesis of G2 being the result of a stellar wind collision. To do so, we study the motion and final fate of gas clumps formed as a result of collisions of stellar winds in massive binaries. Our approach is based on a test-particle model in order to describe the trajectories of such clumps. The model takes into account the gravitational field of Sgr A*, the interaction of the clumps with the interstellar medium as well as their finite lifetimes. Our analysis allows us to reject the hypothesis based on four arguments: (i) if G2 has followed a purely Keplerian orbit since its formation, it cannot have been produced in any of the known massive binaries since their motions are not consistent, (ii) in general, gas clumps are evaporated through thermal conduction on very short timescale (<100 yr) before getting close enough to Sgr A*, (iii) IRS 16SW, the best candidate for the origin of G2, cannot generate clumps as massive as G2, and (iv) clumps ejected from IRS 16SW describe trajectories significantly different to the observed motion of G2. 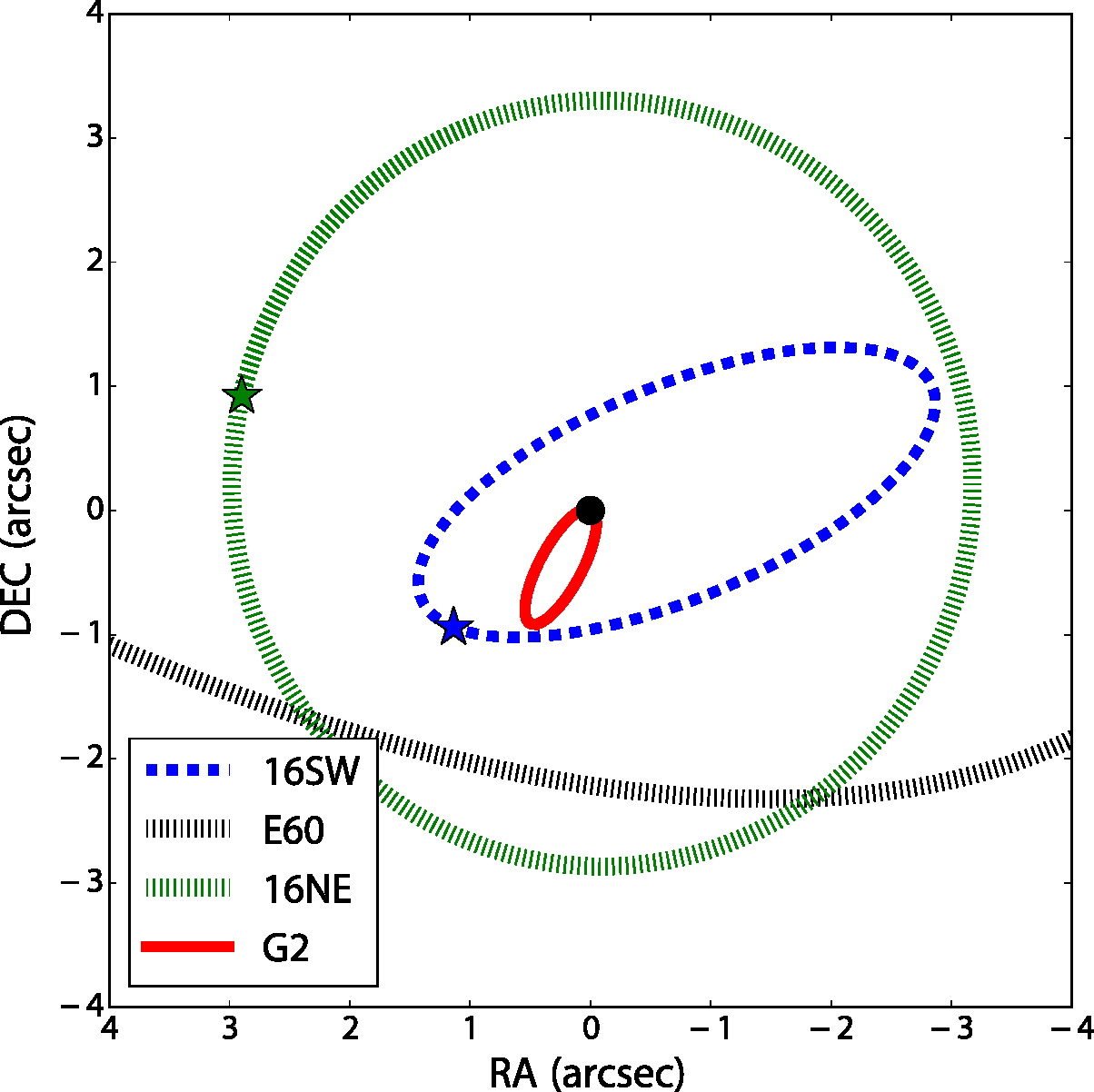