OJ287 is the best candidate active galactic nucleus (AGN) for hosting a supermassive binary black hole (SMBBH) at very close separation. We present 120 Very Long Baseline Array (VLBA) observations (at 15 GHz) covering the time between April 1995 and April 2017. We find that the OJ287 radio jet is precessing on a time-scale of ∼22 yr. In addition, our data are consistent with a jet-axis rotation on a yearly time-scale. We model the precession (24 ± 2 yr) and combined motion of jet precession and jet-axis rotation. The jet motion explains the variability of the total radio flux-density via viewing angle changes and Doppler beaming. Half of the jet-precession time-scale is of the order of the dominant optical periodicity time-scale. We suggest that the optical emission is synchrotron emission and related to the jet radiation. The jet dynamics and flux-density light curves can be understood in terms of geometrical effects. Disturbances of an accretion disc caused by a plunging BH do not seem necessary to explain the observed variability. Although the SMBBH model does not seem necessary to explain the observed variability, an SMBBH or Lense-Thirring precession (disc around single BH) seem to be required to explain the time-scale of the precessing motion. Besides jet rotation also nutation of the jet axis could explain the observed motion of the jet axis. We find a strikingly similar scaling for the time-scales for precession and nutation as indicated for SS433 with a factor of roughly 50 times longer in OJ287. 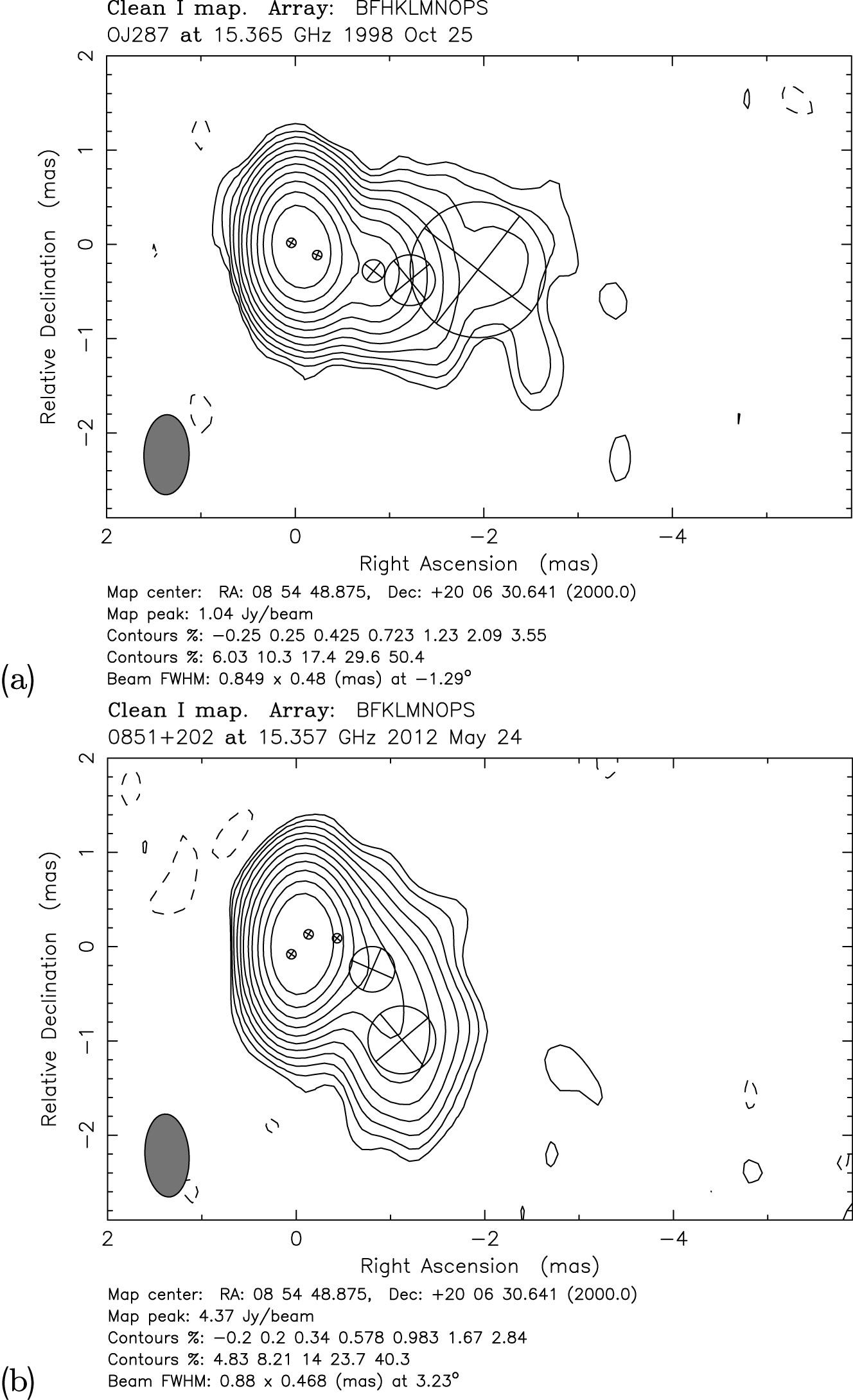