We present a composite model and radiative transfer simulations of the massive star-forming core W33A MM1. The model was tailored to reproduce the complex features observed with Atacama Large Millimeter/submillimeter Array at ≈0.2 arcsec resolution in CH3CN and dust emission. The MM1 core is fragmented into six compact sources coexisting within ∼1000 au. In our models, three of these compact sources are better represented as disc-envelope systems around a central (proto)star, two as envelopes with a central object, and one as a pure envelope. The model of the most prominent object (Main) contains the most massive (proto)star (M⋆ ≈ 7 M☉) and disc + envelope (Mgas ≈ 0.4 M☉), and is the most luminous (LMain ∼ 104 L☉). The model discs are small (a few hundred au) for all sources. The composite model shows that the elongated spiral-like feature converging to the MM1 core can be convincingly interpreted as a filamentary accretion flow that feeds the rising stellar system. The kinematics of this filament is reproduced by a parabolic trajectory with focus at the centre of mass of the region. Radial collapse and fragmentation within this filament as well as smaller filamentary flows between pairs of sources are proposed to exist. Our modelling supports an interpretation where what was once considered as a single massive star with a ∼103 au disc and envelope is instead a forming stellar association which appears to be virialized and to form several low-mass stars per high-mass object. 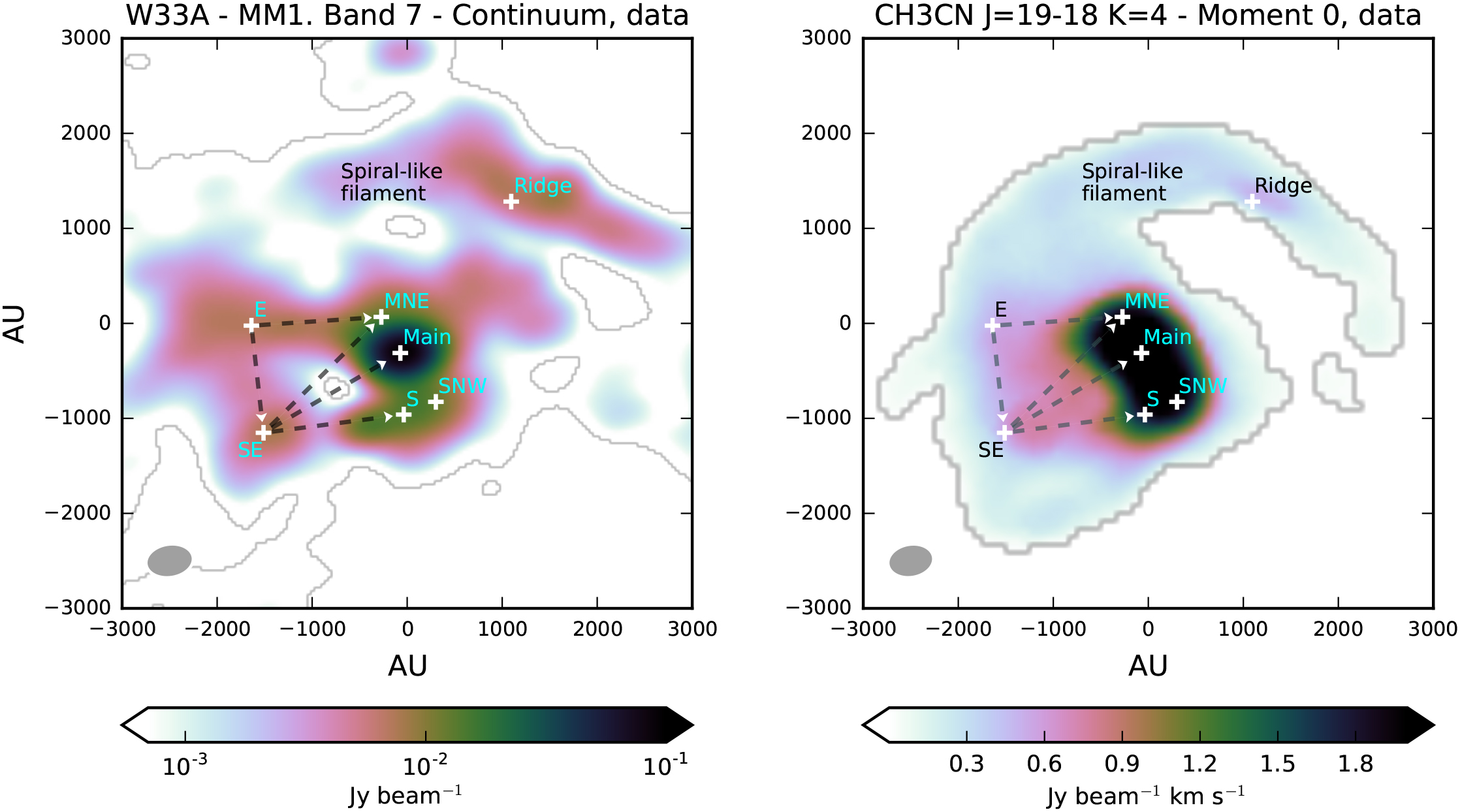