Massive black hole binaries (MBHBs) represent an unavoidable outcome of hierarchical galaxy formation, but their dynamical evolution at subparsec scales is poorly understood. In gas-rich environments, an extended, steady circumbinary gaseous disc could play an important role in the MBHB evolution, facilitating its coalescence. However, it is unclear how gas on galactic scales is transported to the nuclear region to form and maintain such a stable structure. In the aftermath of a galaxy merger, cold turbulent gas condenses into clumps and filaments that can be randomly scattered towards the nucleus. This provides a natural way of feeding the binary with intermittent pockets of gas. The aim of this work is to investigate the gaseous structures arising from this interaction. We employ a suite of smoothed-particle-hydrodynamic simulations to study the influence of the infall rate and angular momentum distribution of the incoming clouds on the formation and evolution of structures around the MBHB. We find that there are positive and negative effects of the continuous supply of discrete clouds, resulting in intermittent formation and disruption of circumbinary structures. Anisotropic cloud distributions featuring an excess of corotating events generate more prominent corotating circumbinary discs. Similar structures are seen when mostly counter-rotating clouds are fed to the binary, even though they are more compact and less stable. In general, our simulations do not show the formation of extended smooth and stable circumbinary discs, typically assumed in analytical and numerical investigations of the the long-term evolution of MBHBs. 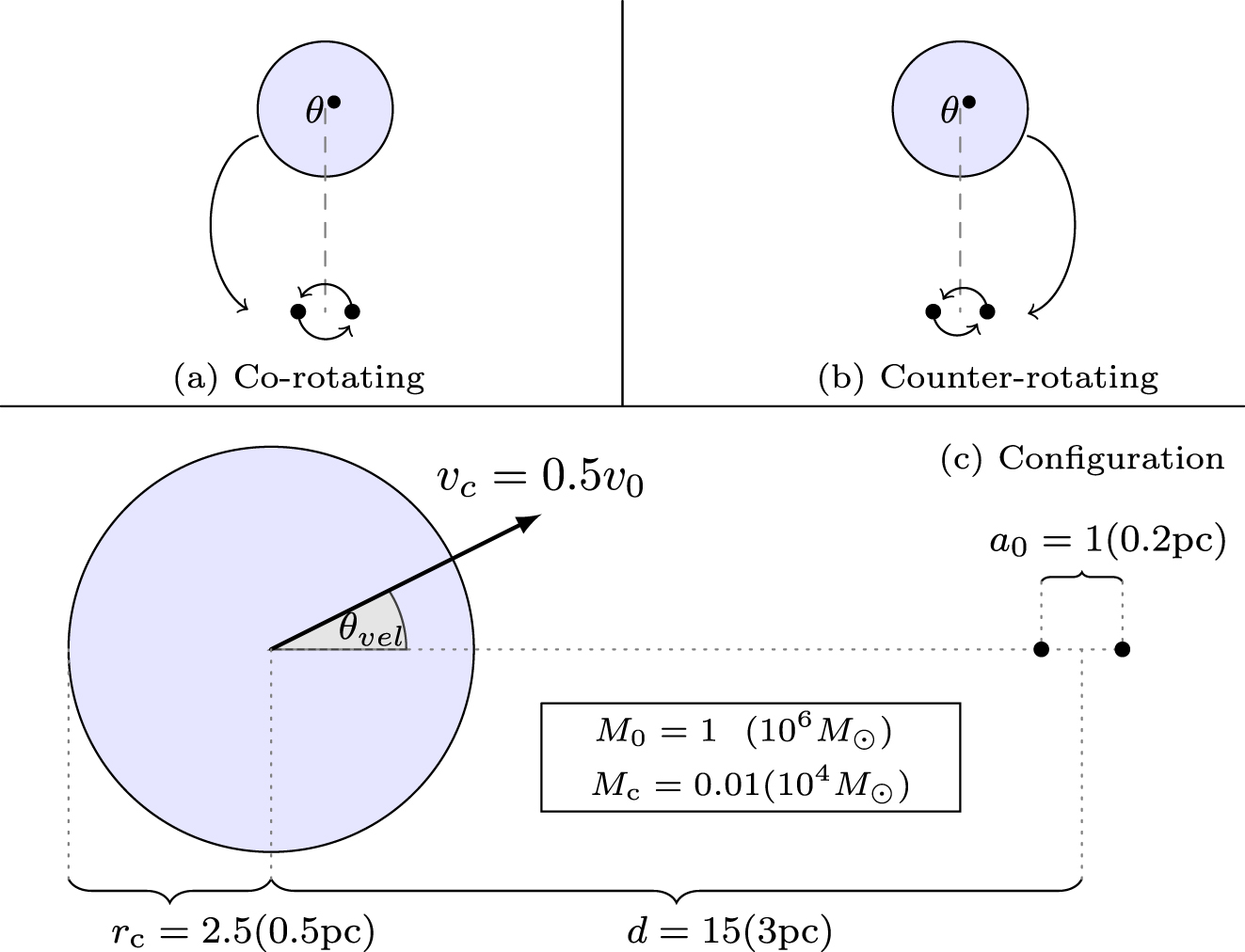