We present high-resolution spectroscopic observations of the fast nova ASASSN-16kt (V407 Lup). A close inspection of spectra obtained at early stages has revealed the presence of low-ionization lines, and among the others we have identified the presence of the ionized 7Be doublet in a region relatively free from possible contaminants. After studying their intensities, we have inferred that ASASSN-16kt has produced (5.9-7.7)× 10-9 M⊙ of 7Be. The identification of bright Ne lines may suggest that the nova progenitor is a massive (1.2 M⊙) oxygen-neon white dwarf. The high outburst frequency of oxygen-neon novae implies that they likely produce an amount of Be similar, if not larger, to that produced by carbon-oxygen novae, then confirming that classical novae are among the main factories of lithium in the Galaxy. 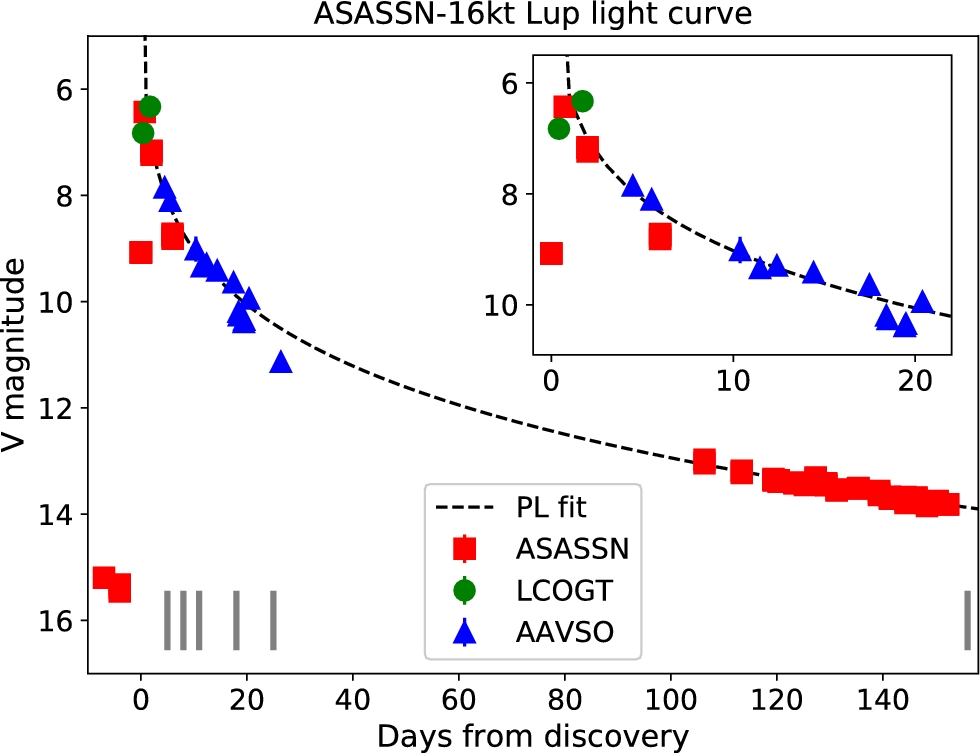