This is the final photometric study of TW Hya based on new MOST satellite observations. During 2014 and 2017, the light curves showed stable 3.75- and 3.69-d quasi-periodic oscillations, respectively. Both values appear to be closely related to the stellar rotation period, as they might be created by changing visibility of a hotspot formed near the magnetic pole directed towards the observer. These major light variations were superimposed on a chaotic, flaring-type activity caused by hotspots resulting from unstable accretion - a situation reminiscent of that in 2011, when TW Hya showed signs of a moderately stable accretion state. In 2015, only drifting quasi-periods were observed, similar to those present in 2008-2009 data and typical for magnetized stars accreting in a strongly unstable regime. A rich set of multicolour data was obtained during 2013-2017 with the primary aim of characterizing the basic spectral properties of the mysterious occultations in TW Hya. Although several possible occultation-like events were identified, they are not as well defined as in the 2011 MOST data. The new ground-based and MOST data show a dozen previously unnoticed flares, as well as small-amplitude 11 min-3 h brightness variations, associated with `accretion bursts'. We cannot exclude the possibility that the shortest 11-15 min variations could also be caused by thermal instability oscillations in an accretion shock. 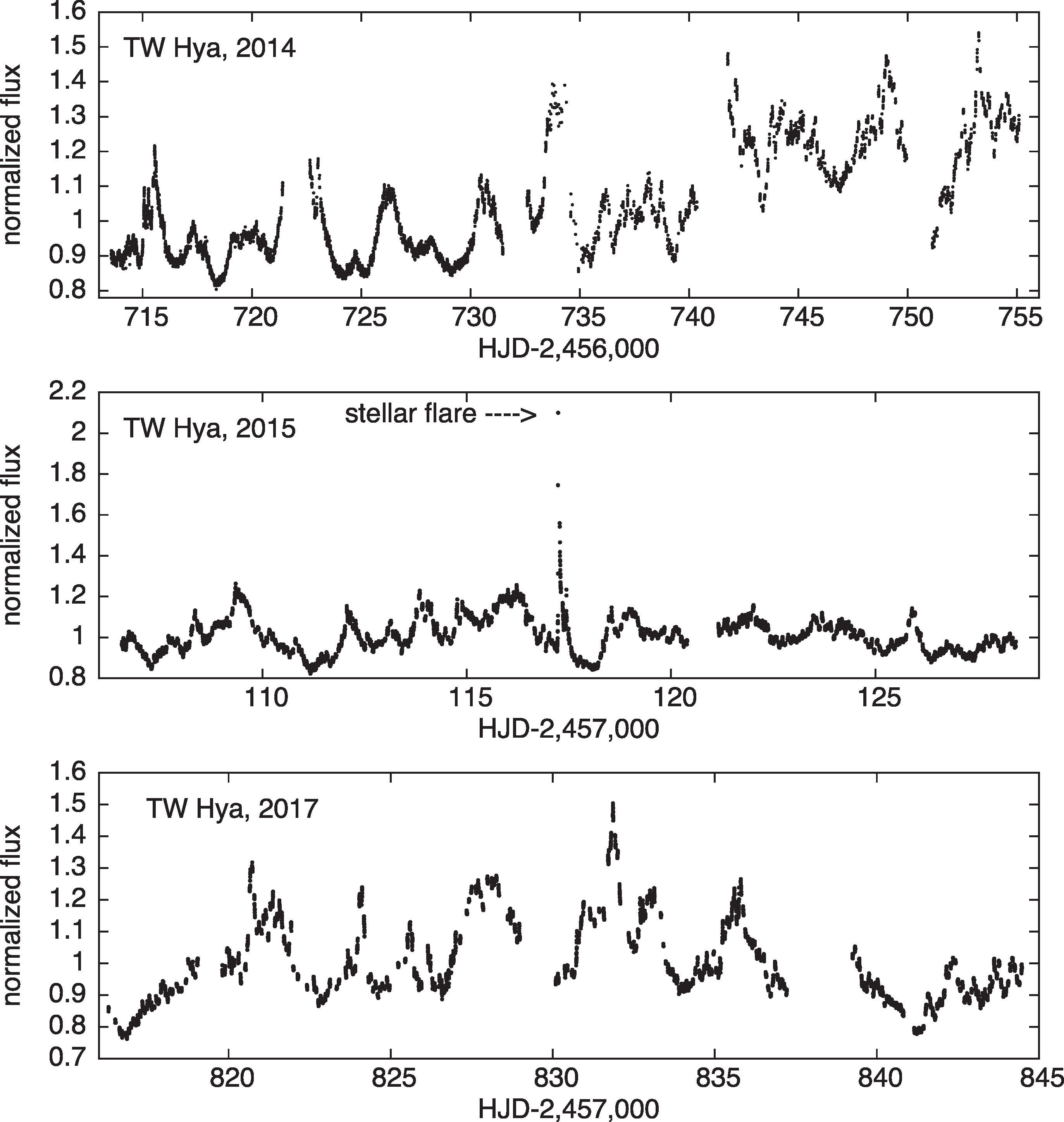