We describe the derivation and validation of redshift distribution estimates and their uncertainties for the populations of galaxies used as weak-lensing sources in the Dark Energy Survey (DES) Year 1 cosmological analyses. The Bayesian Photometric Redshift (BPZ) code is used to assign galaxies to four redshift bins between z ≈ 0.2 and ≈1.3, and to produce initial estimates of the lensing-weighted redshift distributions n^i_PZ(z)∝ dn^i/dz for members of bin i. Accurate determination of cosmological parameters depends critically on knowledge of ni, but is insensitive to bin assignments or redshift errors for individual galaxies. The cosmological analyses allow for shifts n^i(z)=n^i_PZ(z-Δ z^i) to correct the mean redshift of ni(z) for biases in n^i_PZ. The Δzi are constrained by comparison of independently estimated 30-band photometric redshifts of galaxies in the Cosmic Evolution Survey (COSMOS) field to BPZ estimates made from the DES griz fluxes, for a sample matched in fluxes, pre-seeing size, and lensing weight to the DES weak-lensing sources. In companion papers, the Δzi of the three lowest redshift bins are further constrained by the angular clustering of the source galaxies around red galaxies with secure photometric redshifts at 0.15 < z < 0.9. This paper details the BPZ and COSMOS procedures, and demonstrates that the cosmological inference is insensitive to details of the ni(z) beyond the choice of Δzi. The clustering and COSMOS validation methods produce consistent estimates of Δzi in the bins where both can be applied, with combined uncertainties of σ_{Δ z^i}=0.015, 0.013, 0.011, and 0.022 in the four bins. Repeating the photo-z procedure instead using the Directional Neighbourhood Fitting algorithm, or using the ni(z) estimated from the matched sample in COSMOS, yields no discernible difference in cosmological inferences. 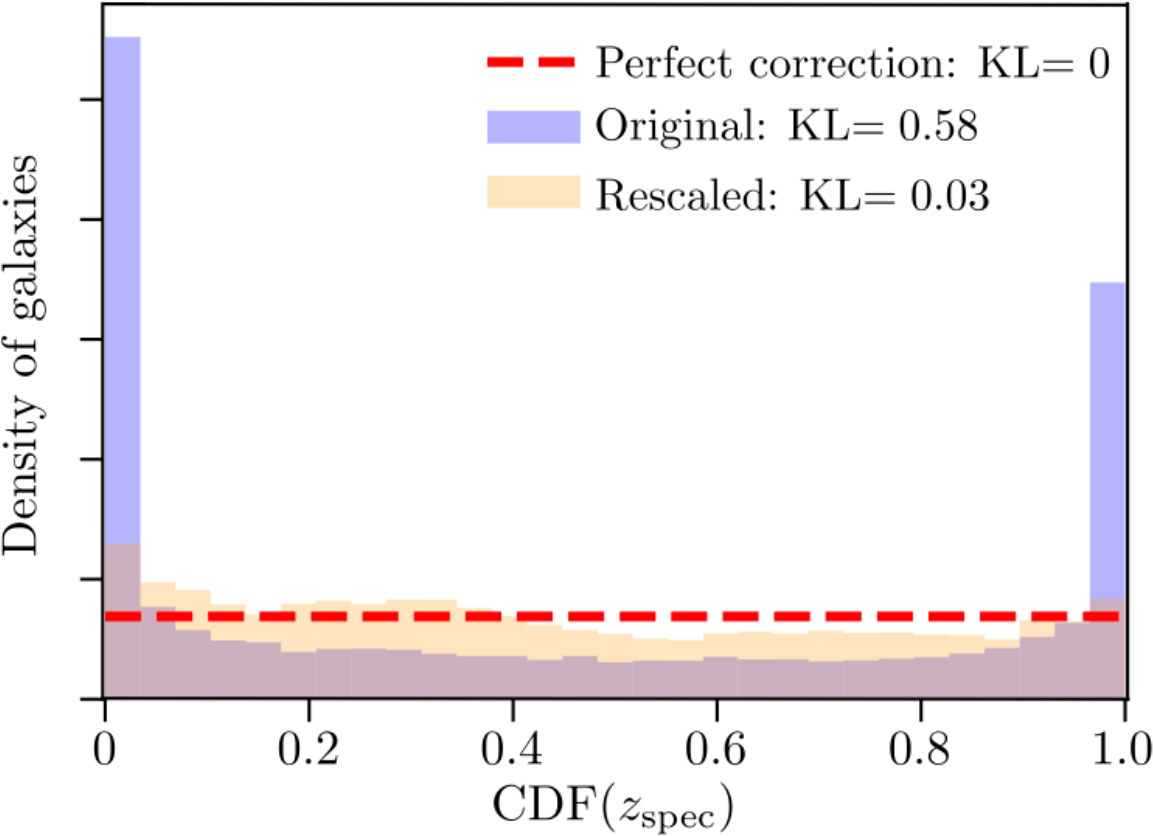