Implications of the radio and X-ray emission that followed GW170817

The radio and X-rays that followed GW170817 increased gradually over ∼100 d, resembling the radio flare predicted to arise from the interaction of a binary neutron star merger outflow with the interstellar medium (Nakar & Piran 2011). Considering a blast wave moving with a Lorentz factor Γ, we show that an off-axis observer, namely an observer at θobs > 1/Γ, sees a light curve rising faster than Fν ∝ t3. Therefore, the observed rise, Fν ∝ t0.78, implies that at all times we have seen an on-axis emission. Nfamely, the emitting matter was within θobs< 1/Γ at the time of observations (even if it was off-axis beforehand). The observations tightly constrain the blast wave Lorentz factor: Γ ∼ (1.5-7)(t/10 d)-0.21. The isotropic equivalent energy in the observed region increases with time, Eiso ∼ 1050 erg(t/150 d)1.3, implying that the outflow was structured. This structure could have different origins; however, the only physically motivated one, proposed so far, is the interaction of a relativistic jet with the ejecta and the resulting cocoon. The jet could have been choked or successful. In the latter case, it has produced a short gamma-ray burst pointing elsewhere (this successful jet-cocoon system is sometimes called a `structured jet'). Although circumstantial evidence disfavours a successful jet, the jet fate cannot be decisively determined from current observations. The light curve alone may not be sufficient to resolve this question, since both chocked and successful jets can lead to a gradual rise to a peak, followed by a decay. Therefore, the recent turnover of the light curve does not necessitate a successful jet.

Publication:
Monthly Notices of the Royal Astronomical Society
Pub Date:
July 2018
DOI:
10.1093/mnras/sty952
arXiv:
arXiv:1801.09712
Bibcode:
2018MNRAS.478..407N
Keywords:
E-Print:
Revised to include a discussion the implication of the observed flattening of the light curve and compare them with predictions 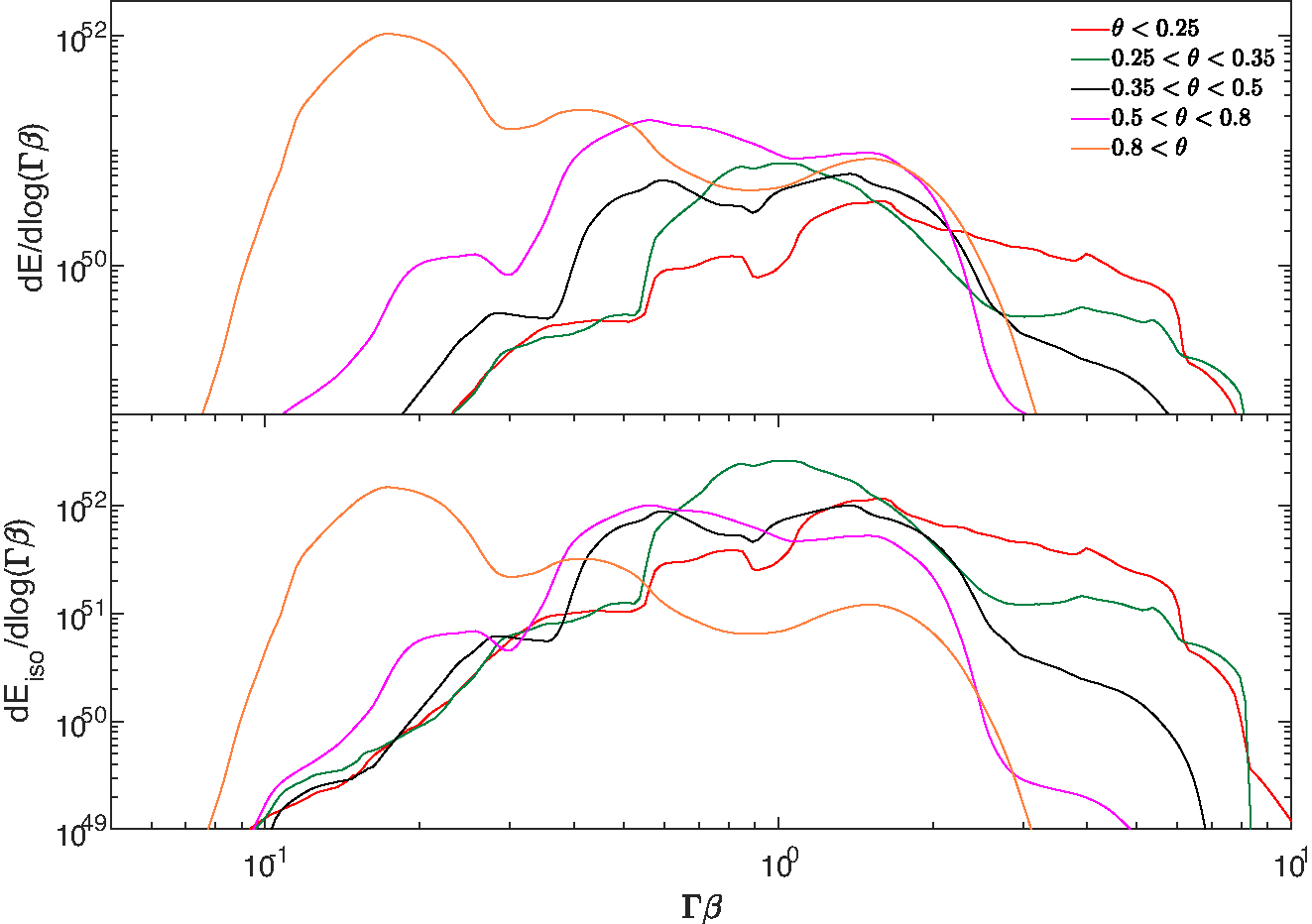