Using GALAH (GALactic Archaeology with HERMES) survey data of nearby stars, we look at how structure in the planar (u, v) velocity distribution depends on metallicity and on viewing direction within the Galaxy. In nearby stars with distance d ≲ 1 kpc, the Hercules stream is most strongly seen in higher metallicity stars [Fe/H] > 0.2. The Hercules stream peak v value depends on viewed galactic longitude, which we interpret as due to the gap between the stellar stream and more circular orbits being associated with a specific angular momentum value of about 1640 km s-1 kpc. The association of the gap with a particular angular momentum value supports a bar resonant model for the Hercules stream. Moving groups previously identified in Hipparcos(HIgh Precision Parallax COllecting Satellite) observations are easiest to see in stars nearer than 250 pc, and their visibility and peak velocities in the velocity distributions depends on both viewing direction (galactic longitude and hemisphere) and metallicity. We infer that there is fine structure in local velocity distributions that varies over distances of a few hundred pc in the Galaxy. 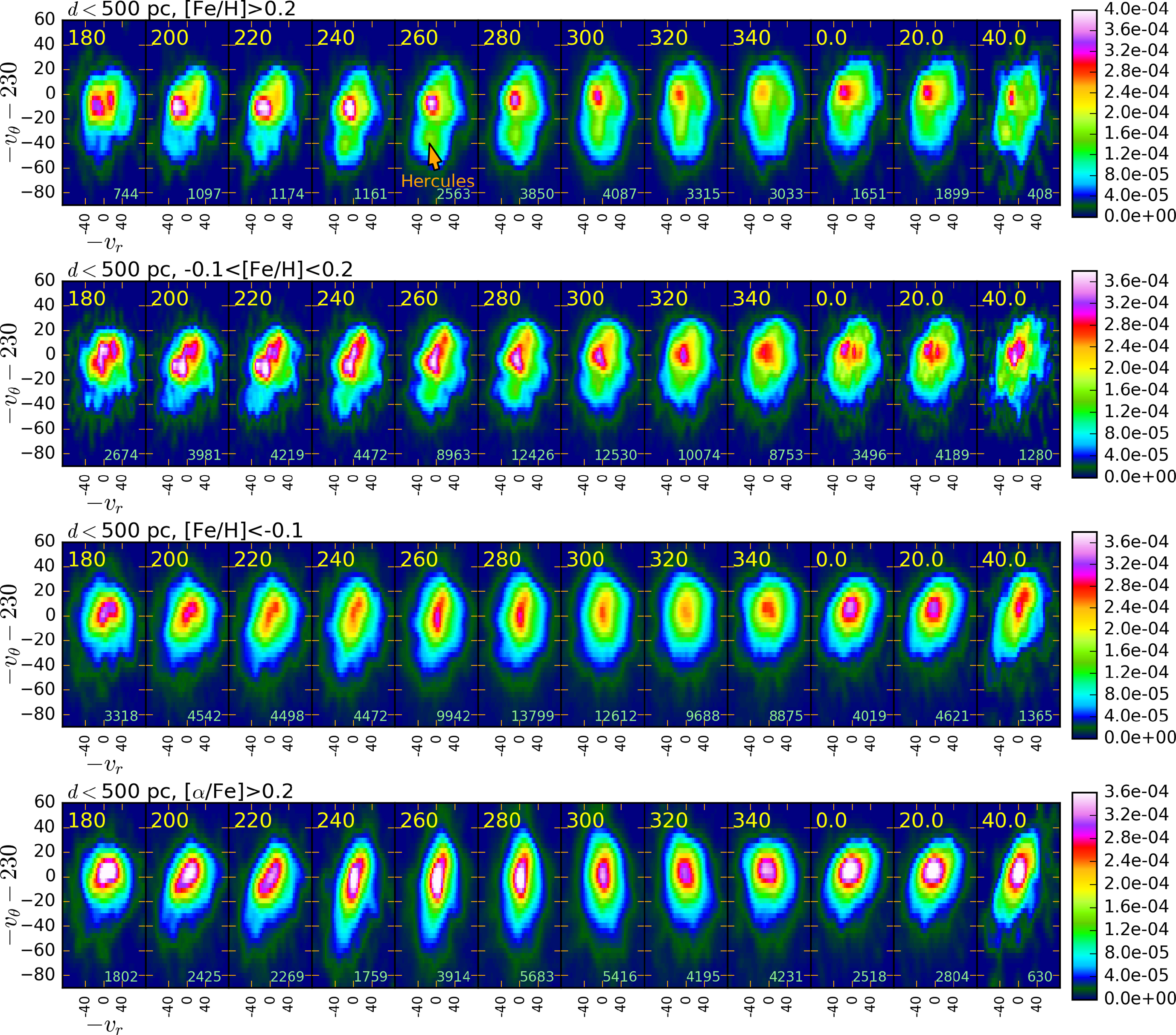