To investigate the role of bars in the chemical evolution of isolated disc galaxies, we performed a series of 39 gas dynamical simulations of isolated barred and unbarred galaxies with various masses, initial gas fractions, and active galactic nucleus (AGN) feedback models. The presence of a bar drives a substantial amount of gas towards the central region of the galaxy. In the most massive galaxies, this results in a violent starburst, followed by a drop in star formation resulting from gas exhaustion. The time delay between Type Ia and Type II supernovae explosions means that barred galaxies experience a rapid increase in [O/H] in the central region, and a much more gradual increase in [Fe/H]. In unbarred galaxies, star formation proceeds at a slow and steady rate, and oxygen and iron are produced at steady rates which are similar except for a time offset. Comparing the abundance ratios in barred and unbarred galaxies with the same central stellar mass M*, we find in barred galaxies an enhancement of 0.07 dex in [O/H], 0.05 dex in [Fe/H], and 0.05 dex in [O/Fe]. The [O/H] enhancement is in excellent agreement with observations from the SDSS. The initial gas fraction has very little effect on the abundance ratios in barred and unbarred galaxies, unless the galaxies experience a starburst. We considered AGN-host galaxies located near the bottom of the AGN regime, M* ≳ 3 × 1010M⊙, where AGN feedback dominates over supernovae feedback. We found that the impact of AGN feedback on the central abundances is marginal. 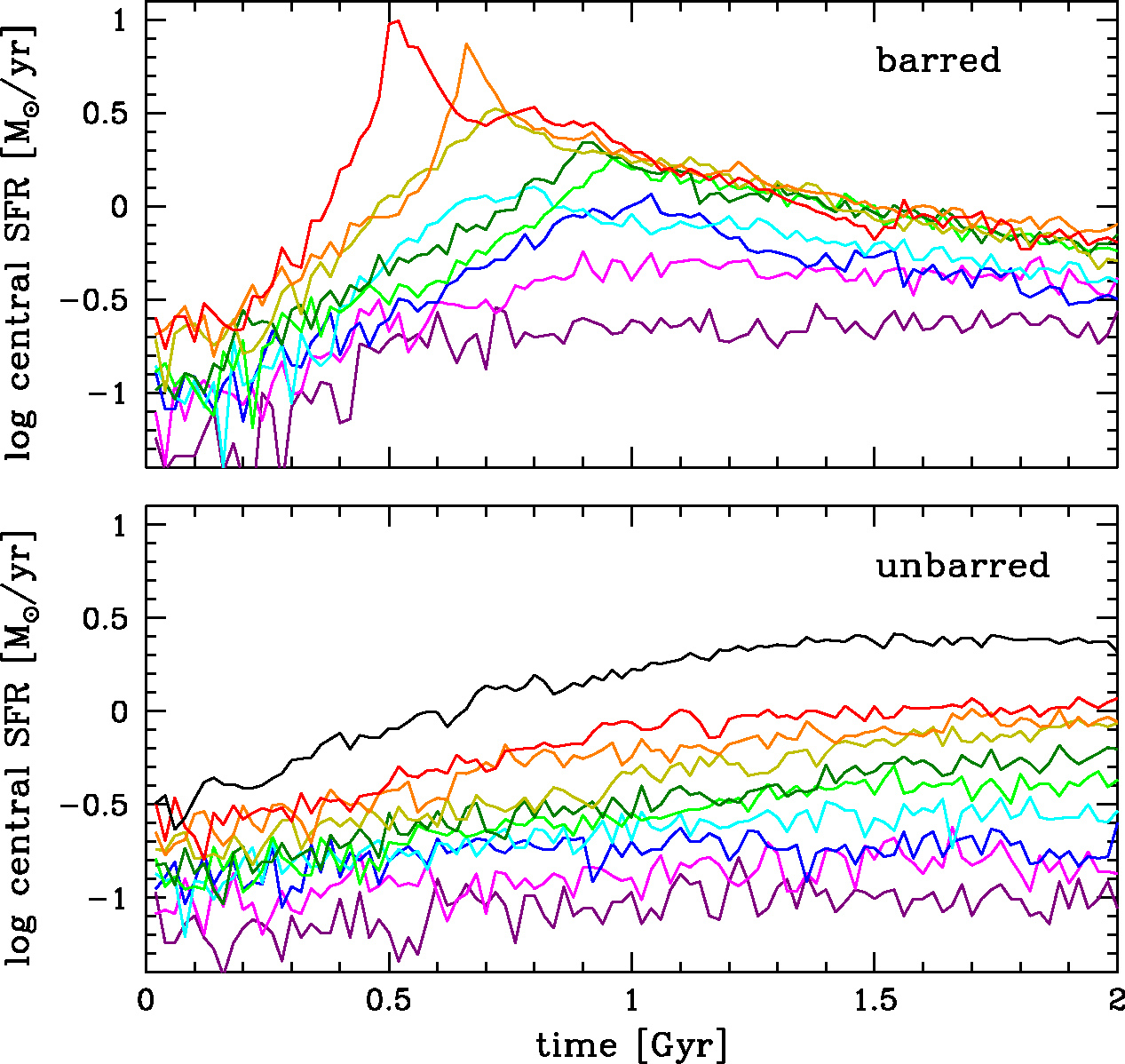