We present and discuss the pulsational characteristics of the Delta Scuti star 38 Eri from photometric data obtained at two widely spaced epochs, partly from the ground (1998) and partly from space (MOST, 2011). We found 18 frequencies resolving the discrepancy among the previously published frequencies. Some of the frequencies appeared with different relative amplitudes at two epochs, however, we carried out investigation for amplitude variability for only the MOST (Microvariability and Oscillation of STars) data. Amplitude variability was found for one of the three frequencies that satisfy the necessary frequency criteria for linear-combination or resonant-mode coupling. Checking the criteria of beating and resonant-mode coupling we excluded them as possible reason for amplitude variability. The two recently developed methods of rotational splitting and sequence search were applied to find regular spacings based only on frequencies. Doublets or incomplete multiplets with l = 1, 2, and 3 were found in the rotational splitting search. In the sequence search method we identified four sequences. The averaged spacing, probably a combination of the large separation and the rotational frequency, is 1.724 ± 0.092 d-1. Using the spacing and the scaling relation \bar{ρ}= [0.0394, 0.0554] g cm-3 was derived. The shift of the sequences proved to be the integer multiple of the rotational splitting spacing. Using the precise MOST frequencies and multicolour photometry in a hybrid way, we identified four modes with l = 1, two modes with l = 2, two modes with l = 3, and two modes as l = 0 radial modes. 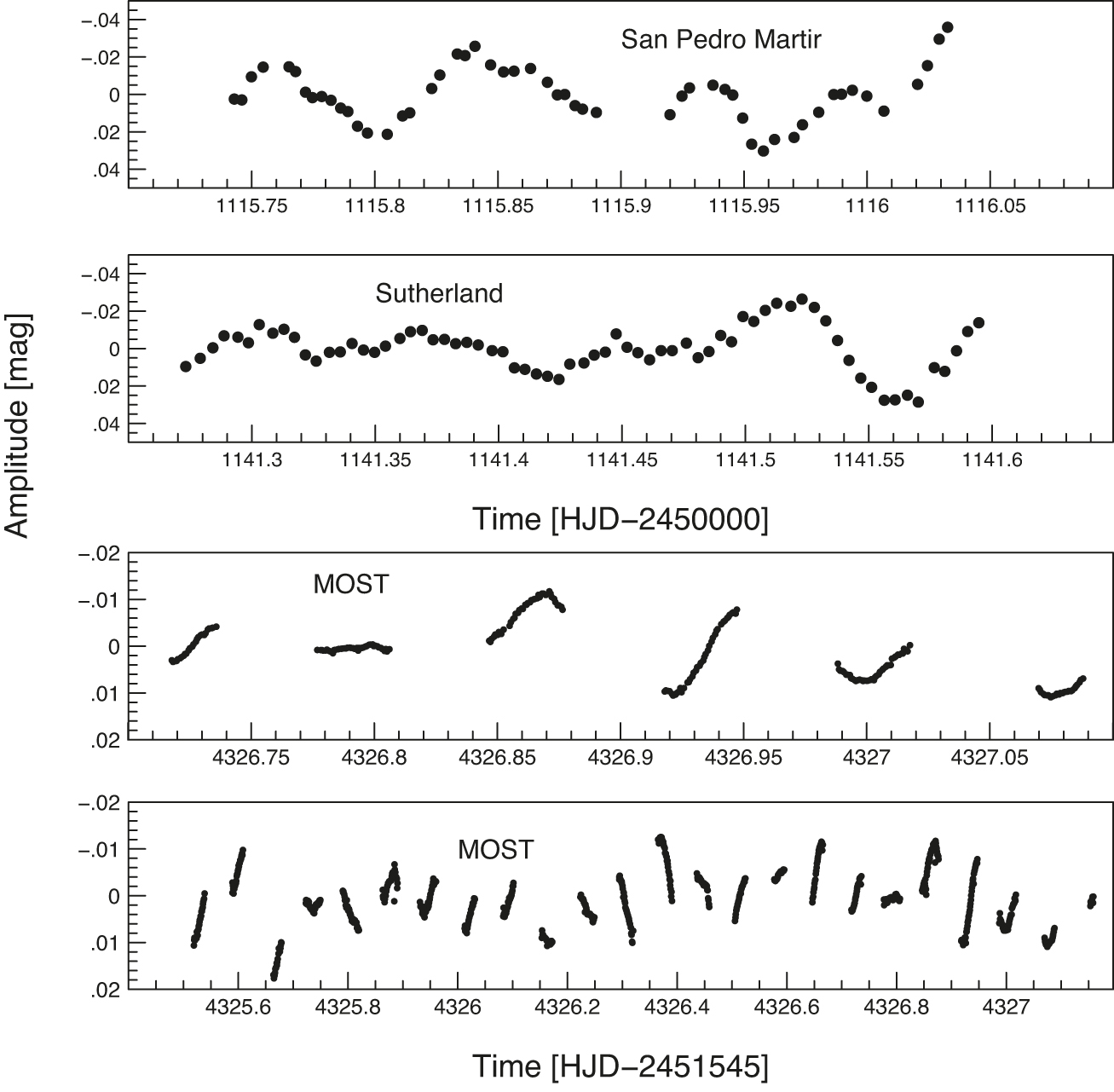