A quartet of black holes and a missing duo: probing the low end of the MBH-σ relation with the adaptive optics assisted integral-field spectroscopy

We present mass estimates of supermassive black holes in six nearby fast rotating early-type galaxies (NGC 4339, NGC 4434, NGC 4474, NGC 4551, NGC 4578, and NGC 4762) with effective stellar velocity dispersion around 100 km s-1. We use near-infrared laser-guide adaptive optics observations with the GEMINI/NIFS to derive stellar kinematics in the galactic nuclei, and SAURON observations from the ATLAS3D Survey for large-scale kinematics. We build axisymmetric Jeans anisotropic models and axisymmetric Schwarzschild dynamical models. Both modelling approaches recover consistent orbital anisotropies and black hole masses within 1σ-2σ confidence level, except for one galaxy for which the difference is just above the 3σ level. Two black holes (NGC 4339 and NGC 4434) are amongst the largest outliers from the current black hole mass-velocity dispersion relation, with masses of (4.3^{+4.8}_{-2.3})× 10^7 and (7.0^{+2.0}_{-2.8})× 10^7 M⊙, respectively (3σ confidence level). The black holes in NGC 4578 and NGC 4762 lie on the scaling relation with masses of (1.9^{+0.6}_{-1.4})× 10^7 and (2.3^{+0.9}_{-0.6})× 10^7 M⊙, respectively (3σ confidence level). For two galaxies (NGC 4474 and NGC 4551), we are able to place upper limits on their black holes masses (<7 × 106 and <5 × 106 M⊙, respectively, 3σ confidence level). The kinematics for these galaxies clearly indicate central velocity dispersion drops within a radius of 35 and 80 pc, respectively. These drops cannot be associated with cold stellar structures and our data do not have the resolution to exclude black holes with masses an order of magnitude smaller than the predictions. Parametrizing the orbital distribution in spherical coordinates, the vicinity of the black holes is characterized by isotropic or mildly tangential anisotropy. 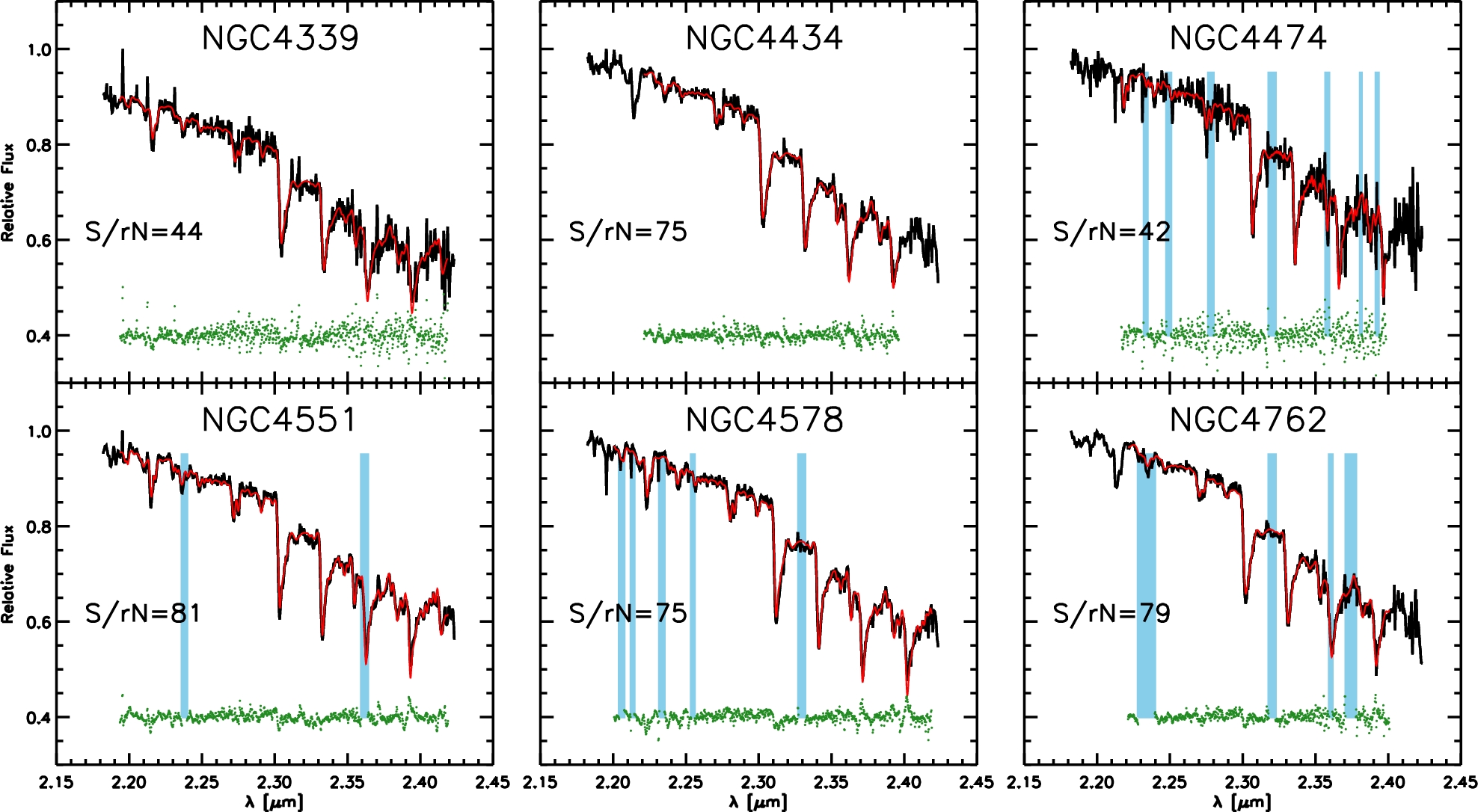