Astrophysical bow shocks are a common result of the interaction between two supersonic plasma flows, such as winds or jets from stars or active galaxies, or streams due to the relative motion between a star and the interstellar medium. For cylindrically symmetric bow shocks, we develop a general theory for the effects of inclination angle on the apparent shape. We propose a new two-dimensional classification scheme for bow shapes, which is based on dimensionless geometric ratios that can be estimated from observational images. The two ratios are related to the flatness of the bow's apex, which we term planitude, and the openness of its wings, which we term alatude. We calculate the expected distribution in the planitude-alatude plane for a variety of simple geometrical and physical models: quadrics of revolution, wilkinoids, cantoids, and ancantoids. We further test our methods against numerical magnetohydrodynamical simulations of stellar bow shocks and find that the apparent planitude and alatude measured from infrared dust continuum maps serve as accurate diagnostics of the shape of the contact discontinuity, which can be used to discriminate between different physical models. We present an algorithm that can determine the planitude and alatude from observed bow shock emission maps with a precision of 10 to 20 per cent. 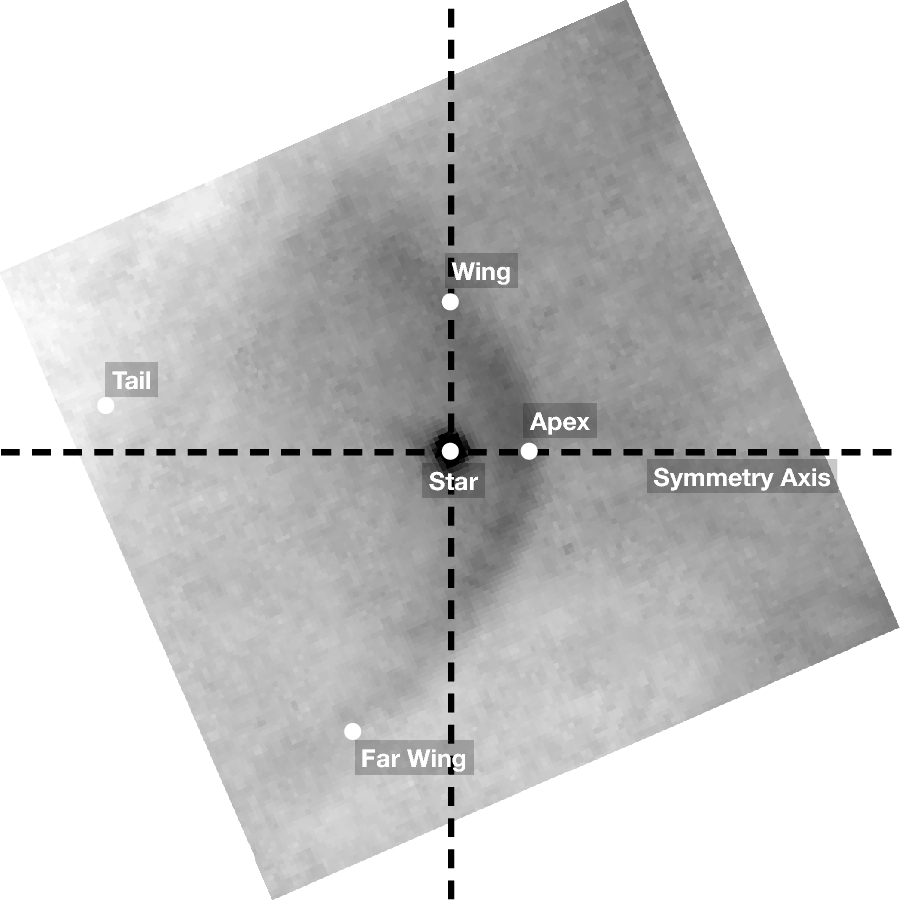