The dynamics of stellar discs in live dark-matter haloes

Recent developments in computer hardware and software enable researchers to simulate the self-gravitating evolution of galaxies at a resolution comparable to the actual number of stars. Here we present the results of a series of such simulations. We performed N-body simulations of disc galaxies with between 100 and 500 million particles over a wide range of initial conditions. Our calculations include a live bulge, disc, and dark-matter halo, each of which is represented by self-gravitating particles in the N-body code. The simulations are performed using the gravitational N-body tree-code BONSAI running on the Piz Daint supercomputer. We find that the time-scale over which the bar forms increases exponentially with decreasing disc-mass fraction and that the bar formation epoch exceeds a Hubble time when the disc-mass fraction is ∼0.35. These results can be explained with the swing-amplification theory. The condition for the formation of m = 2 spirals is consistent with that for the formation of the bar, which is also an m = 2 phenomenon. We further argue that the non-barred grand-design spiral galaxies are transitional, and that they evolve to barred galaxies on a dynamical time-scale. We also confirm that the disc-mass fraction and shear rate are important parameters for the morphology of disc galaxies. The former affects the number of spiral arms and the bar formation epoch, and the latter determines the pitch angle of the spiral arms. 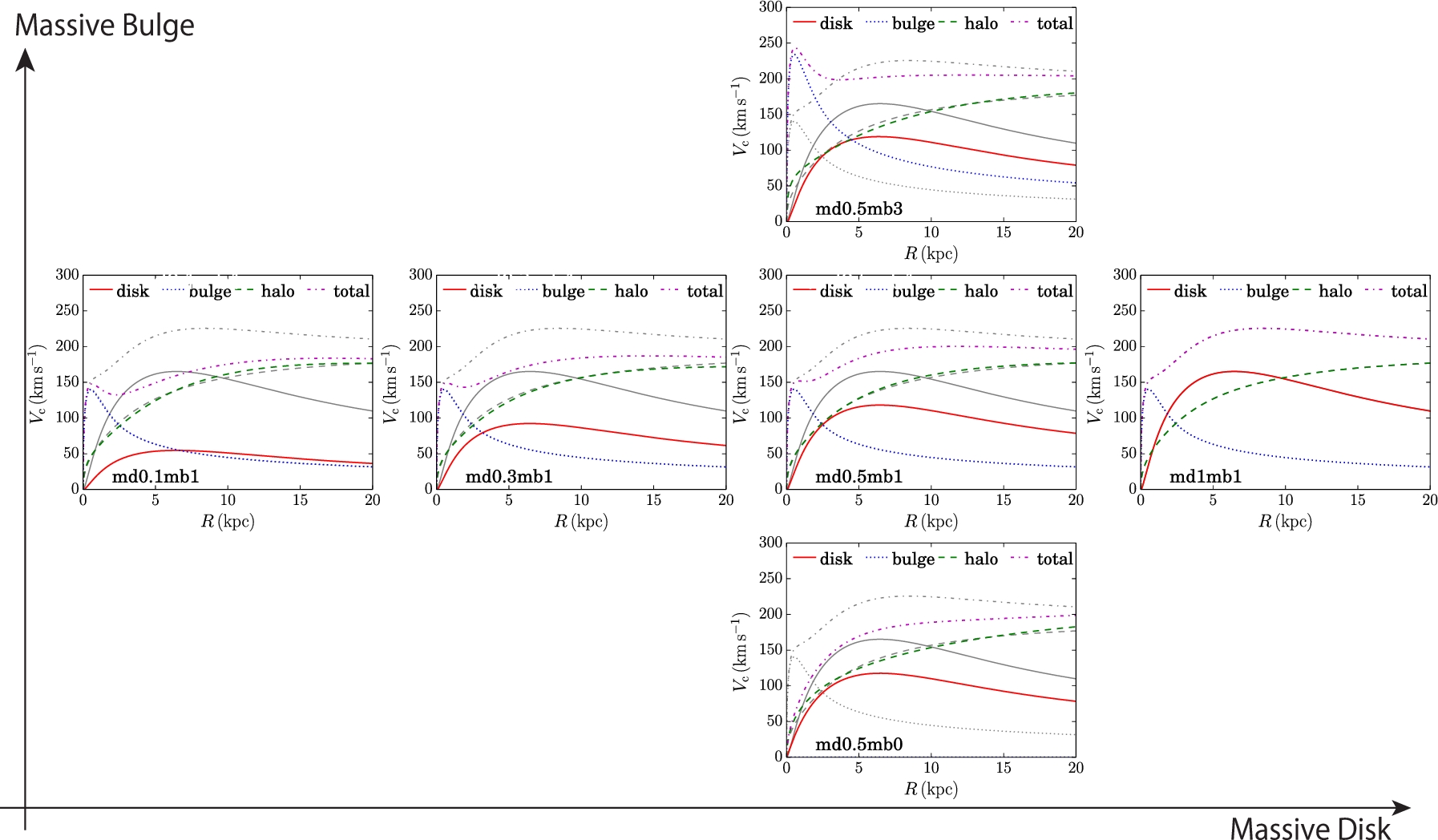