When the gravitational lensing of the large-scale structure is calculated from a cosmological model a few assumptions enter: (i) one assumes that the photons follow unperturbed background geodesics, which is usually referred to as the Born approximation, (ii) the lenses move slowly, (iii) the source-redshift distribution is evaluated relative to the background quantities, and (iv) the lensing effect is linear in the gravitational potential. Even though these approximations are small individually they could sum up, especially since they include local effects such as the Sachs-Wolfe and peculiar motion, but also non-local ones like the Born approximation and the integrated Sachs-Wolfe effect. In this work, we will address all points mentioned and perturbatively calculate the effect on a tomographic cosmic shear power spectrum of each effect individually as well as all cross-correlations. Our findings show that each effect is at least 4-5 orders of magnitude below the leading order lensing signal. Finally, we sum up all effects to estimate the overall impact on parameter estimation by a future cosmological weak-lensing survey such as Euclid in a wcold dark matter cosmology with parametrization Ωm, σ8, ns, h, w0, and wa, using five tomographic bins. We consistently find a parameter bias of 10-5, which is therefore completely negligible for all practical purposes, confirming that other effects such as intrinsic alignments, magnification bias and uncertainties in the redshift distribution will be the dominant systematic source in future surveys. 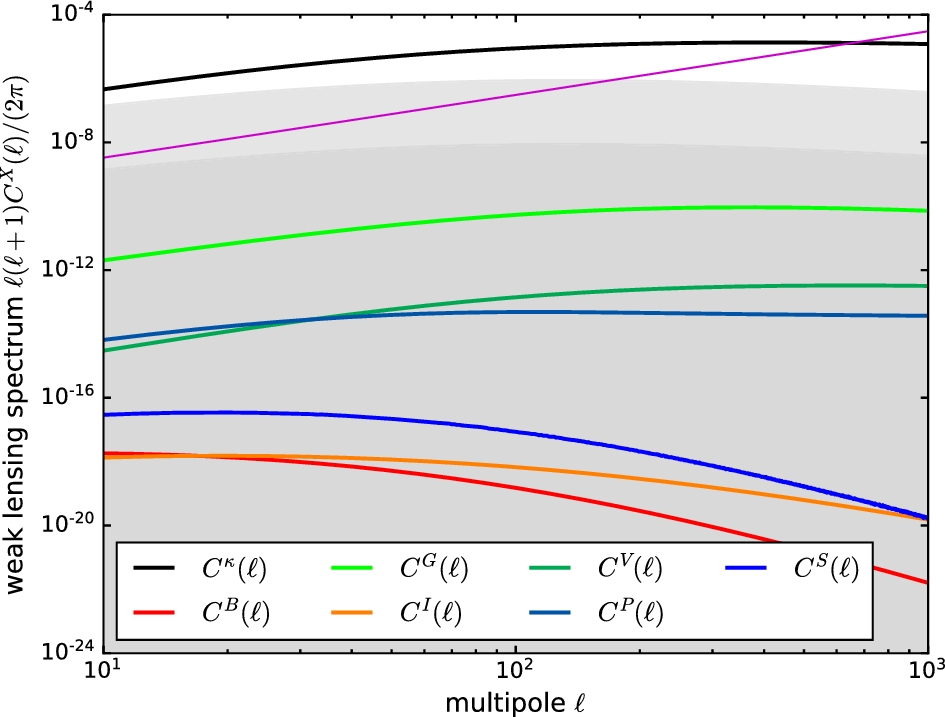