We present integral field spectroscopy of galaxy cluster Abell 3827, using Atacama Large Millimetre Array (ALMA) and Very Large Telescope/Multi-Unit Spectroscopic Explorer. It reveals an unusual configuration of strong gravitational lensing in the cluster core, with at least seven lensed images of a single background spiral galaxy. Lens modelling based on Hubble Space Telescope imaging had suggested that the dark matter associated with one of the cluster's central galaxies may be offset. The new spectroscopic data enable better subtraction of foreground light, and better identification of multiple background images. The inferred distribution of dark matter is consistent with being centred on the galaxies, as expected by Λ cold dark matter. Each galaxy's dark matter also appears to be symmetric. Whilst, we do not find an offset between mass and light (suggestive of self-interacting dark matter) as previously reported, the numerical simulations that have been performed to calibrate Abell 3827 indicate that offsets and asymmetry are still worth looking for in collisions with particular geometries. Meanwhile, ALMA proves exceptionally useful for strong lens image identifications. 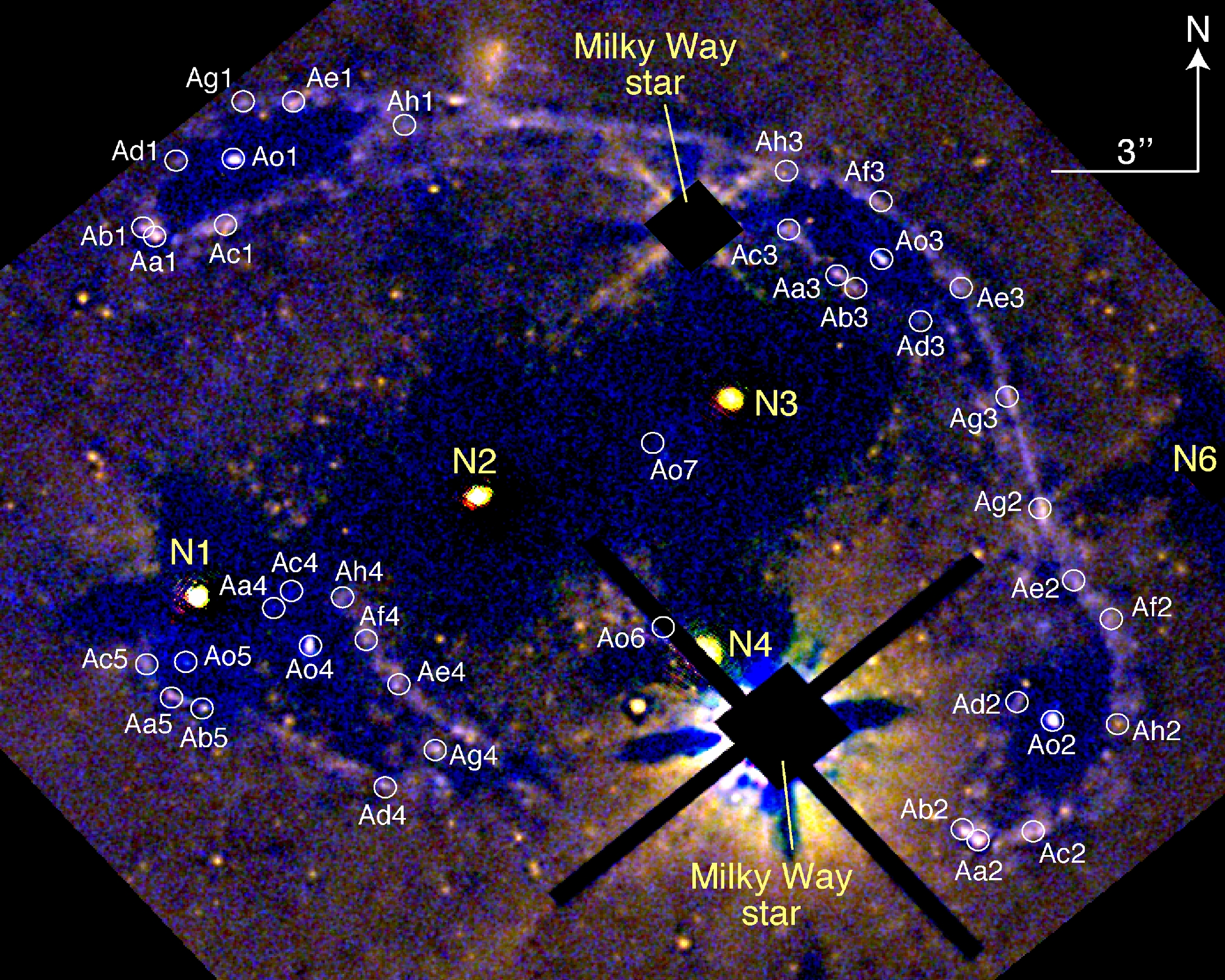