Using VIsible MultiObject Spectrograph (VIMOS)-integral field unit (IFU) observations, we study the interstellar medium (ISM) of two star-forming dwarf galaxies, UM 461 and Mrk 600. Our aim was to search for the existence of metallicity inhomogeneities that might arise from infall of nearly pristine gas feeding ongoing localized star formation. The IFU data allowed us to study the impact of external gas accretion on the chemical evolution as well as the ionized gas kinematics and morphologies of these galaxies. Both systems show signs of morphological distortions, including cometary-like morphologies. We analysed the spatial variation of 12 + log(O/H) abundances within both galaxies using the direct method (Te), the widely applied HII-CHI-mistry code, as well as by employing different standard calibrations. For UM 461, our results show that the ISM is fairly well mixed, at large scales; however, we find an off-centre and low-metallicity region with 12 + log(O/H) < 7.6 in the SW part of the brightest H II region, using the direct method. This result is consistent with the recent infall of a metal-poor H I cloud into the region now exhibiting the lowest metallicity, which also displays localized perturbed neutral and ionized gas kinematics. Mrk 600 in contrast, appears to be chemically homogeneous on both large and small scales. The intrinsic differences in the spatially resolved properties of the ISM in our analysed galaxies are consistent with these systems being at different evolutionary stages. 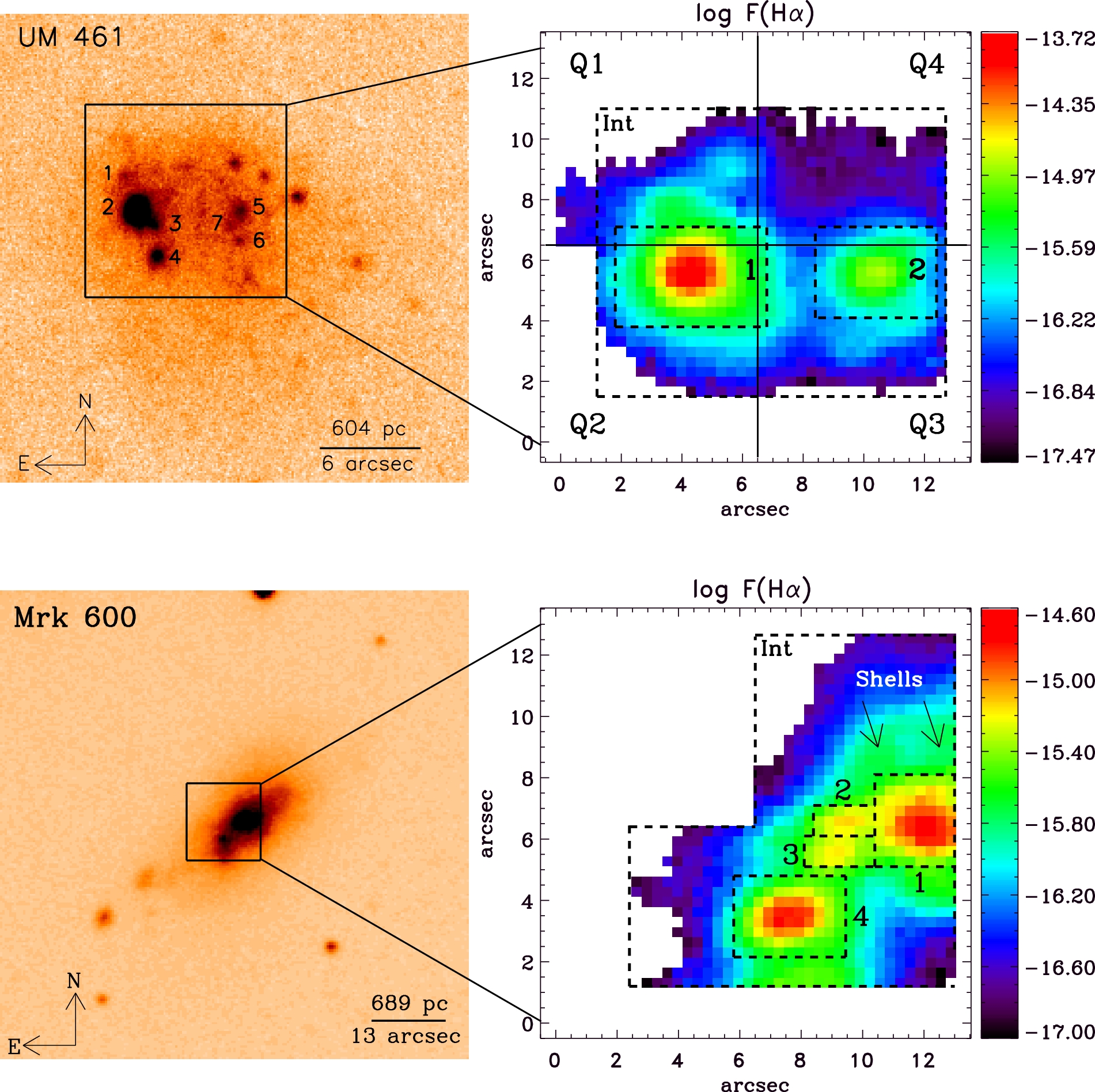