We investigate the constraints on the formation of, and tidal dissipation processes in, hot Jupiters (HJs) that can be inferred based on reliable knowledge of the age of a system or population. Particular attention is paid to the role of young systems (such as those in open clusters or star-forming regions) in such studies. For an ensemble of coeval HJ (or proto-HJ) systems, we quantify the effect of age on the distribution of orbital eccentricities with respect to orbital periods as well as the location of the observed `pile-up' feature. We expect the effects of pre-main-sequence stellar evolution to be important only if a substantial fraction of HJs approach their current orbits early in protostellar contraction (ages ≲ 10 Myr). Application to the HJs presently known in the cluster M 67 yields constraints on the dissipation roughly consistent with those gleaned from planets in the field; for those in the Hyades and Praesepe, our results suggest a higher degree of dissipation at early times than that inferred from other populations. 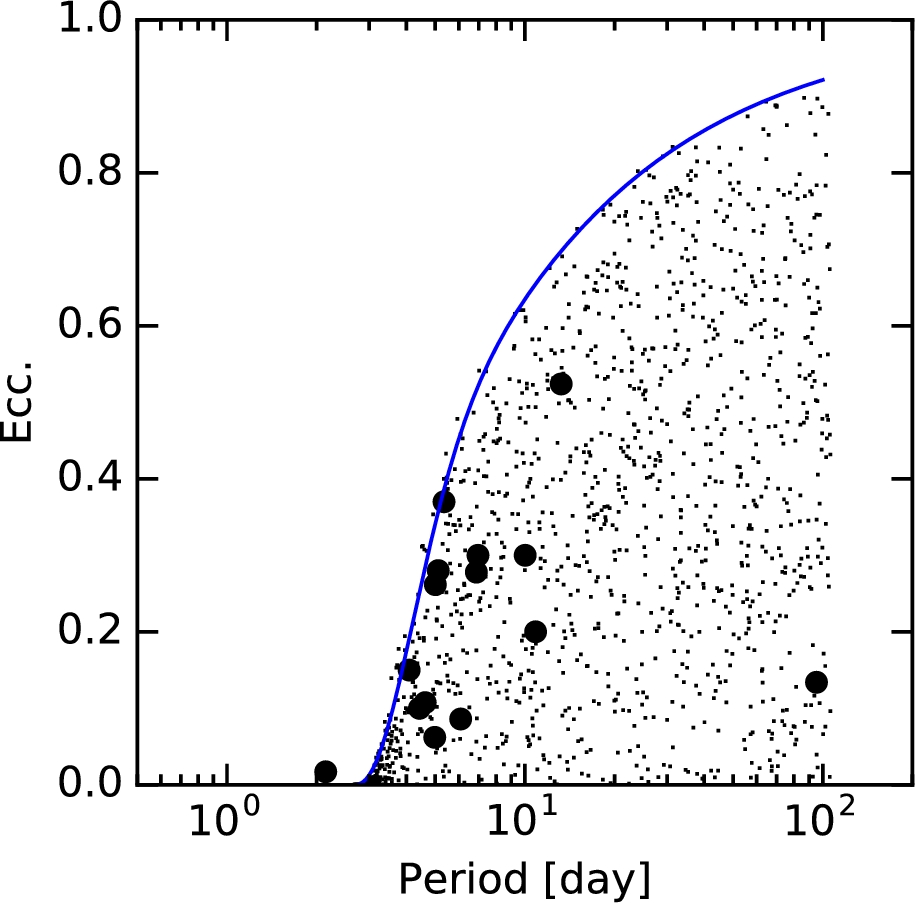