Where the Solar system meets the solar neighbourhood: patterns in the distribution of radiants of observed hyperbolic minor bodies

Observed hyperbolic minor bodies might have an interstellar origin, but they can be natives of the Solar system as well. Fly-bys with the known planets or the Sun may result in the hyperbolic ejection of an originally bound minor body; in addition, members of the Oort cloud could be forced to follow inbound hyperbolic paths as a result of secular perturbations induced by the Galactic disc or, less frequently, due to impulsive interactions with passing stars. These four processes must leave distinctive signatures in the distribution of radiants of observed hyperbolic objects, both in terms of coordinates and velocity. Here, we perform a systematic numerical exploration of the past orbital evolution of known hyperbolic minor bodies using a full N-body approach and statistical analyses to study their radiants. Our results confirm the theoretical expectations that strong anisotropies are present in the data. We also identify a statistically significant overdensity of high-speed radiants towards the constellation of Gemini that could be due to the closest and most recent known fly-by of a star to the Solar system, that of the so-called Scholz's star. In addition to and besides 1I/2017 U1 (`Oumuamua), we single out eight candidate interstellar comets based on their radiants' velocities. 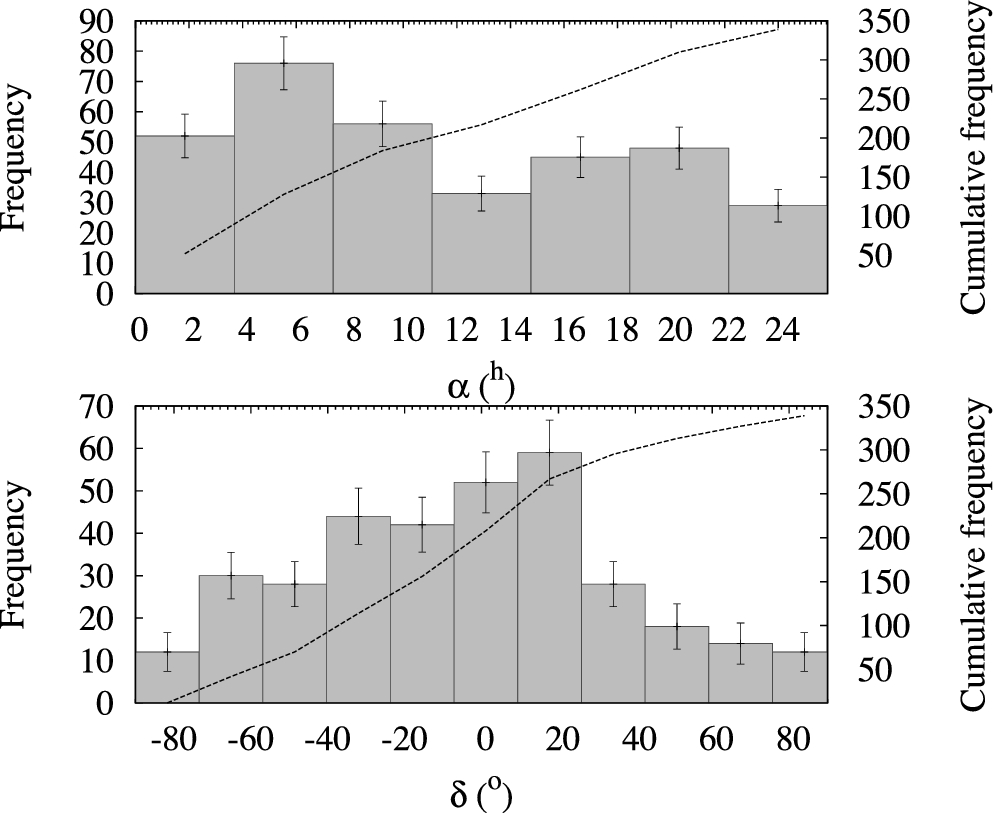