An H I study of the collisional ring galaxy NGC 922

We present new atomic hydrogen (H I) observations of the collisional ring galaxy NGC 922 obtained using the Australia Telescope Compact Array. Our observations reveal for the first time the vast extent of the H I disc of this galaxy. The H I morphology and kinematics of NGC 922 show that this galaxy is not the product of a simple drop-through interaction, but has a more complex interaction history. The integrated H I flux density of NGC 922 from our observations is 24.7 Jy km s-1, which is within the error of the flux value obtained using the 64-m Parkes radio telescope. This flux density translates to a total H I mass of 1.1 × 1010 M⊙ and corresponds to an H I to total mass fraction (M_{H I}}/Mtot) of approximately 0.11. The gaseous structures of NGC 922 are more extended to the north and include an H I tail that has a projected physical length of 8 kpc. Gas warps are also evident in the velocity field of NGC 922 and are more prominent on the approaching and the western side of the disc. In comparison with a large sample of star-forming galaxies in the local Universe, NGC 922 possesses a high gas fraction relative to galaxies with a similar stellar mass of ∼1010.4 M⊙, and exhibits a high specific star formation rate. 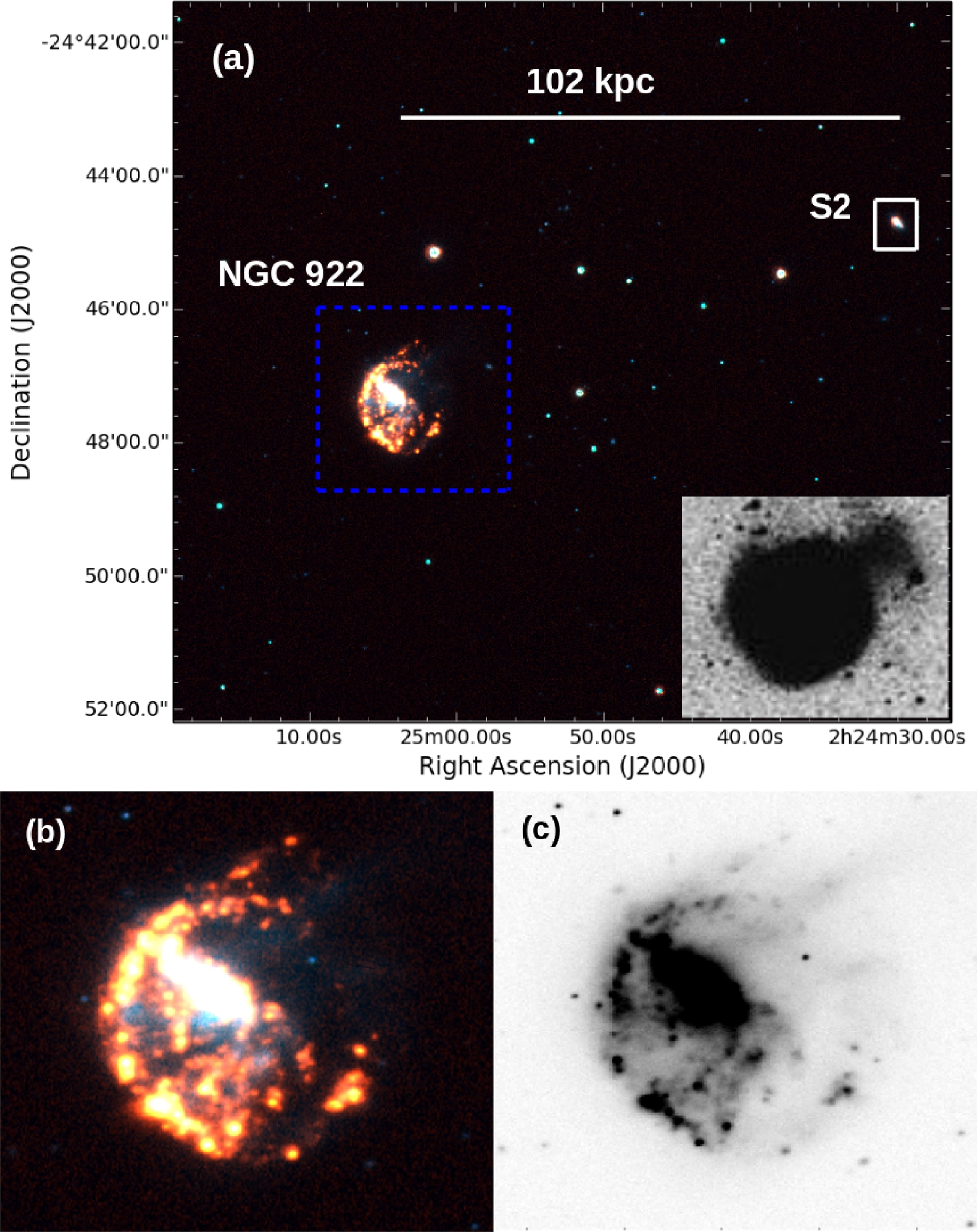