We present sensitive observations carried out with the Atacama Large Millimeter/Submillimeter Array (ALMA) of the dusty debris disc HD 95086. These observations were made in bands 6 (223 GHz) and 7 (338 GHz) with an angular resolution of about 1 arcsec, which allowed us to resolve well the debris disc with a deconvolved size of 7.0 × 6.0 arcsec2 and with an inner depression of about 2 arcsec. We do not detect emission from the star itself and the possible inner dusty belt. We also do not detect CO (J = 2-1) and (J = 3-2) emission, excluding the possibility of an evolved gaseous primordial disc as noted in previous studies of HD95086. We estimated a lower limit for the gas mass of ≤0.01 M⊕ for the debris disc of HD95086. From the mm. emission, we computed a dust mass for the debris disc HD95086 of 0.5 ± 0.2 M⊕, resulting in a dust-to-gas ratio of ≥50. Finally, we confirm the detection of a strong submillimeter source to the north-west of the disc (ALMA-SMM1) revealed by recent ALMA observations. This new source might be interpreted as a planet in formation on the periphery of the debris disc HD 95086 or as a strong impact between dwarf planets. However, given the absence of the proper motions of ALMA-SMM1 similar to those reported in the debris disc (estimated from these new ALMA observations) and for the optical star, this is more likely to be a submillimeter background galaxy. 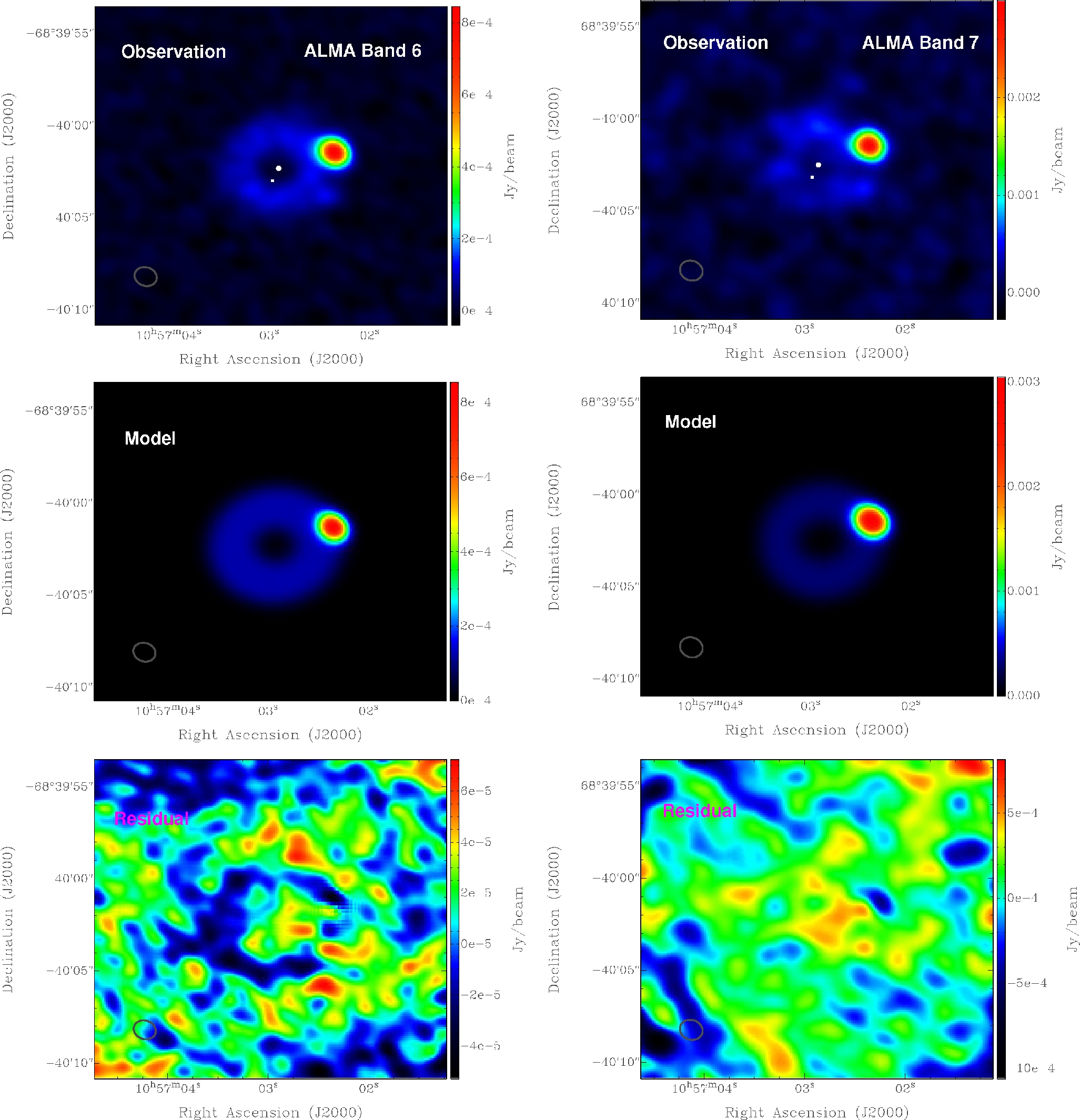