CHANG-ES - XI. Circular polarization in the cores of nearby galaxies

We detect five galaxies in the Continuum Halos in Nearby Galaxies - an EVLA Survey (CHANG-ES) sample that show circular polarization (CP) at L band in our high-resolution data sets. Two of the galaxies (NGC 4388 and NGC 4845) show strong Stokes V/I ≡ mC ∼ 2 per cent, two (NGC 660 and NGC 3628) have values of mC ∼ 0.3 per cent, and NGC 3079 is a marginal detection at mC ∼ 0.2 per cent. The two strongest mC galaxies also have the most luminous X-ray cores and the strongest internal absorption in X-rays. We have expanded on our previous Faraday conversion interpretation and analysis and provide analytical expressions for the expected V signal for a general case in which the cosmic ray (CR) electron energy spectral index can take on any value. We provide examples as to how such expressions could be used to estimate magnetic field strengths and the lower energy cut-off for CR electrons. Four of our detections are resolved, showing unique structures, including a jet in NGC 4388 and a CP `conversion disc' in NGC 4845. The conversion disc is inclined to the galactic disc but is perpendicular to a possible outflow direction. Such CP structures have never before been seen in any galaxy to our knowledge. None of the galaxy cores show linear polarization at L band. Thus radio CP may provide a unique probe of the physical conditions in the cores of active galactic nuclei. 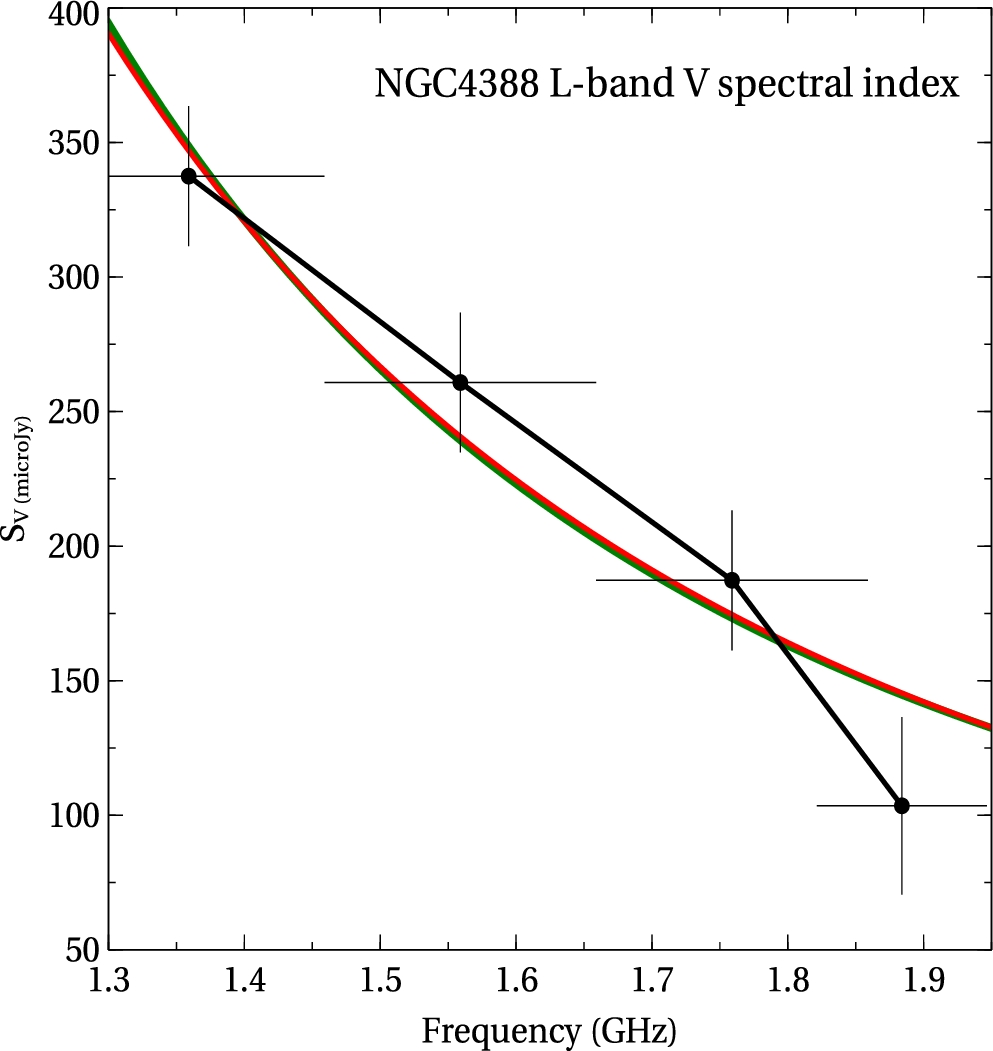