Maximal compression of the redshift-space galaxy power spectrum and bispectrum

We explore two methods of compressing the redshift-space galaxy power spectrum and bispectrum with respect to a chosen set of cosmological parameters. Both methods involve reducing the dimension of the original data vector (e.g. 1000 elements) to the number of cosmological parameters considered (e.g. seven ) using the Karhunen-Loève algorithm. In the first case, we run MCMC sampling on the compressed data vector in order to recover the 1D and 2D posterior distributions. The second option, approximately 2000 times faster, works by orthogonalizing the parameter space through diagonalization of the Fisher information matrix before the compression, obtaining the posterior distributions without the need of MCMC sampling. Using these methods for future spectroscopic redshift surveys like DESI, Euclid, and PFS would drastically reduce the number of simulations needed to compute accurate covariance matrices with minimal loss of constraining power. We consider a redshift bin of a DESI-like experiment. Using the power spectrum combined with the bispectrum as a data vector, both compression methods on average recover the 68 {per cent} credible regions to within 0.7 {per cent} and 2 {per cent} of those resulting from standard MCMC sampling, respectively. These confidence intervals are also smaller than the ones obtained using only the power spectrum by 81 per cent, 80 per cent, and 82 per cent respectively, for the bias parameter b1, the growth rate f, and the scalar amplitude parameter As. 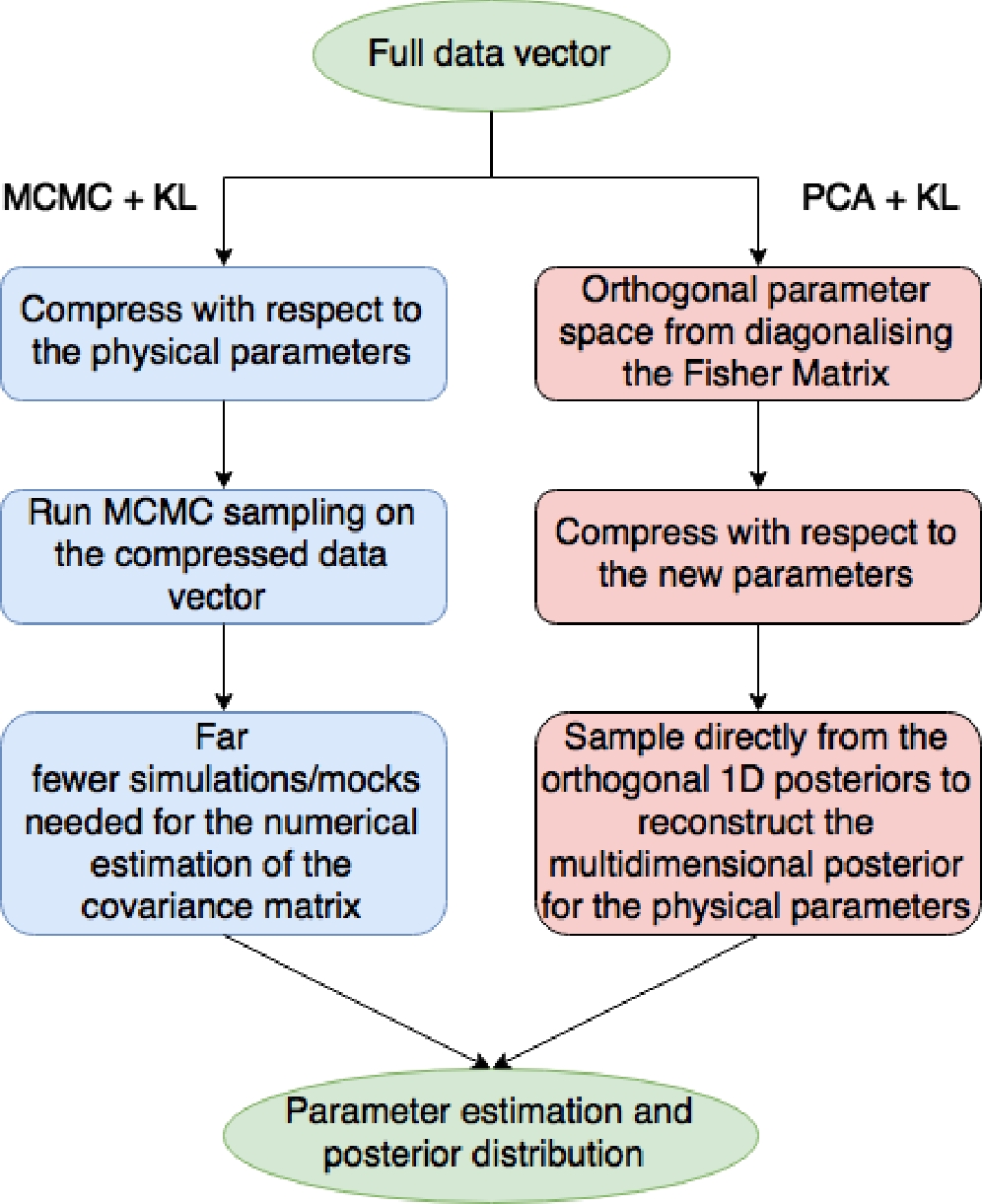