We examine the origin of radial and vertical gradients in the age/metallicity of the stellar component of a galaxy disc formed in the APOSTLE cosmological hydrodynamical simulations. Some of these gradients resemble those in the Milky Way, where they have sometimes been interpreted as due to internal evolution, such as scattering off giant molecular clouds, radial migration driven by spiral patterns, or orbital resonances with a bar. Secular processes play a minor role in the simulated galaxy, which lacks strong spiral or bar patterns, and where such gradients arise as a result of the gradual enrichment of a gaseous disc that is born thick but thins as it turns into stars and settles into centrifugal equilibrium. The settling is controlled by the feedback of young stars; which links the star formation, enrichment, and equilibration time-scales, inducing radial and vertical gradients in the gaseous disc and its descendent stars. The kinematics of coeval stars evolve little after birth and provide a faithful snapshot of the gaseous disc structure at the time of their formation. In this interpretation, the age-velocity dispersion relation would reflect the gradual thinning of the disc rather than the importance of secular orbit scattering; the outward flaring of stars would result from the gas disc flare rather than from radial migration; and vertical gradients would arise because the gas disc gradually thinned as it enriched. Such radial and vertical trends might just reflect the evolving properties of the parent gaseous disc, and are not necessarily the result of secular evolutionary processes. 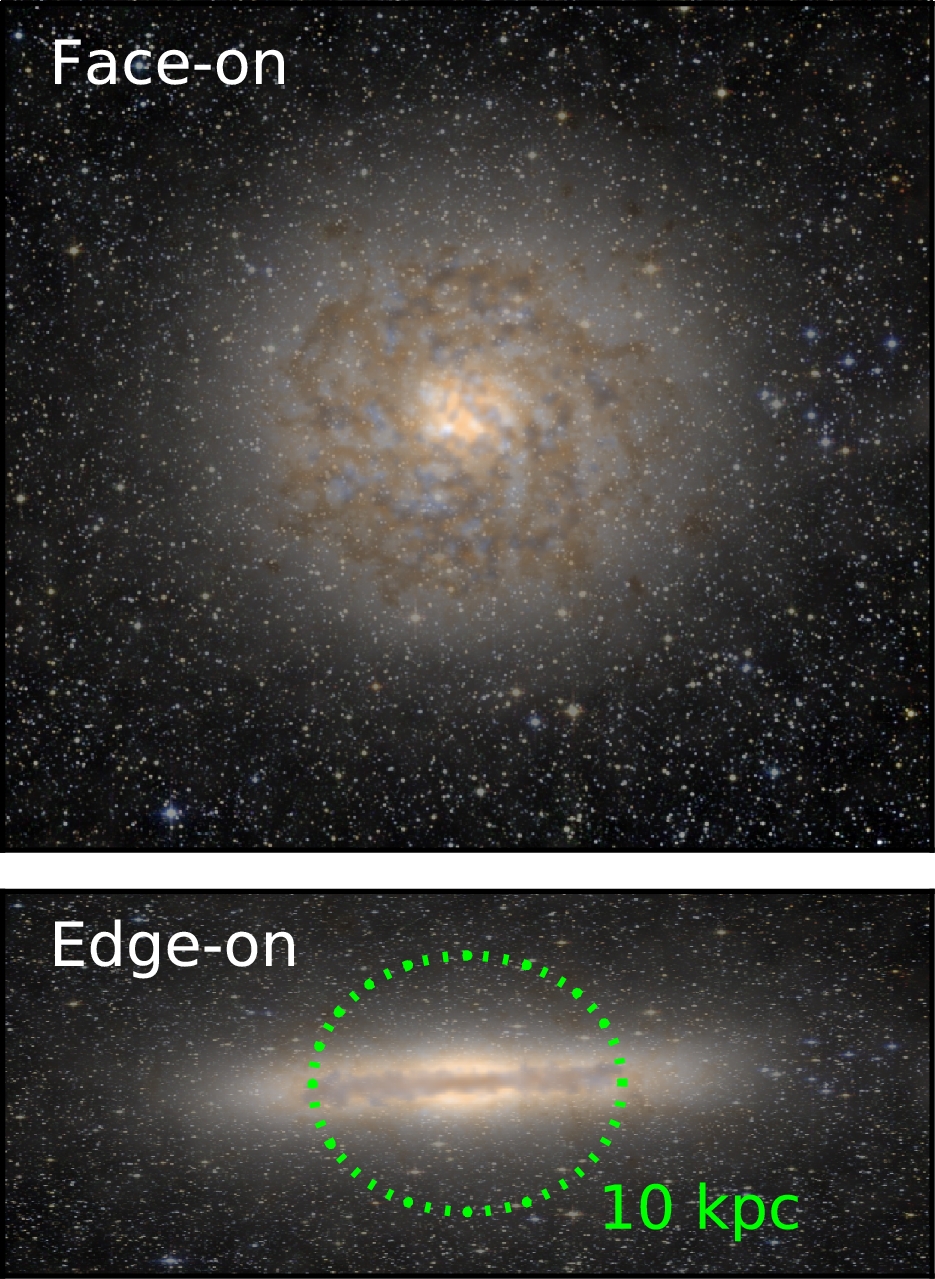