The BAHAMAS project: the CMB-large-scale structure tension and the roles of massive neutrinos and galaxy formation

Recent studies have presented evidence for tension between the constraints on Ωm and σ8 from the cosmic microwave background (CMB) and measurements of large-scale structure (LSS). This tension can potentially be resolved by appealing to extensions of the standard model of cosmology and/or untreated systematic errors in the modelling of LSS, of which baryonic physics has been frequently suggested. We revisit this tension using, for the first time, carefully calibrated cosmological hydrodynamical simulations, which thus capture the backreaction of the baryons on the total matter distribution. We have extended the BAryons and HAloes of MAssive Sysmtes simulations to include a treatment of massive neutrinos, which currently represents the best-motivated extension to the standard model. We make synthetic thermal Sunyaev-Zel'dovich effect, weak galaxy lensing, and CMB lensing maps and compare to observed auto- and cross-power spectra from a wide range of recent observational surveys. We conclude that: (i) in general, there is tension between the primary CMB and LSS when adopting the standard model with minimal neutrino mass; (ii) after calibrating feedback processes to match the gas fractions of clusters, the remaining uncertainties in the baryonic physics modelling are insufficient to reconcile this tension; and (iii) if one accounts for internal tensions in the Planck CMB data set (by allowing the lensing amplitude, ALens, to vary), invoking a non-minimal neutrino mass, typically of 0.2-0.4 eV, can resolve the tension. This solution is fully consistent with separate constraints from the primary CMB and baryon acoustic oscillations. 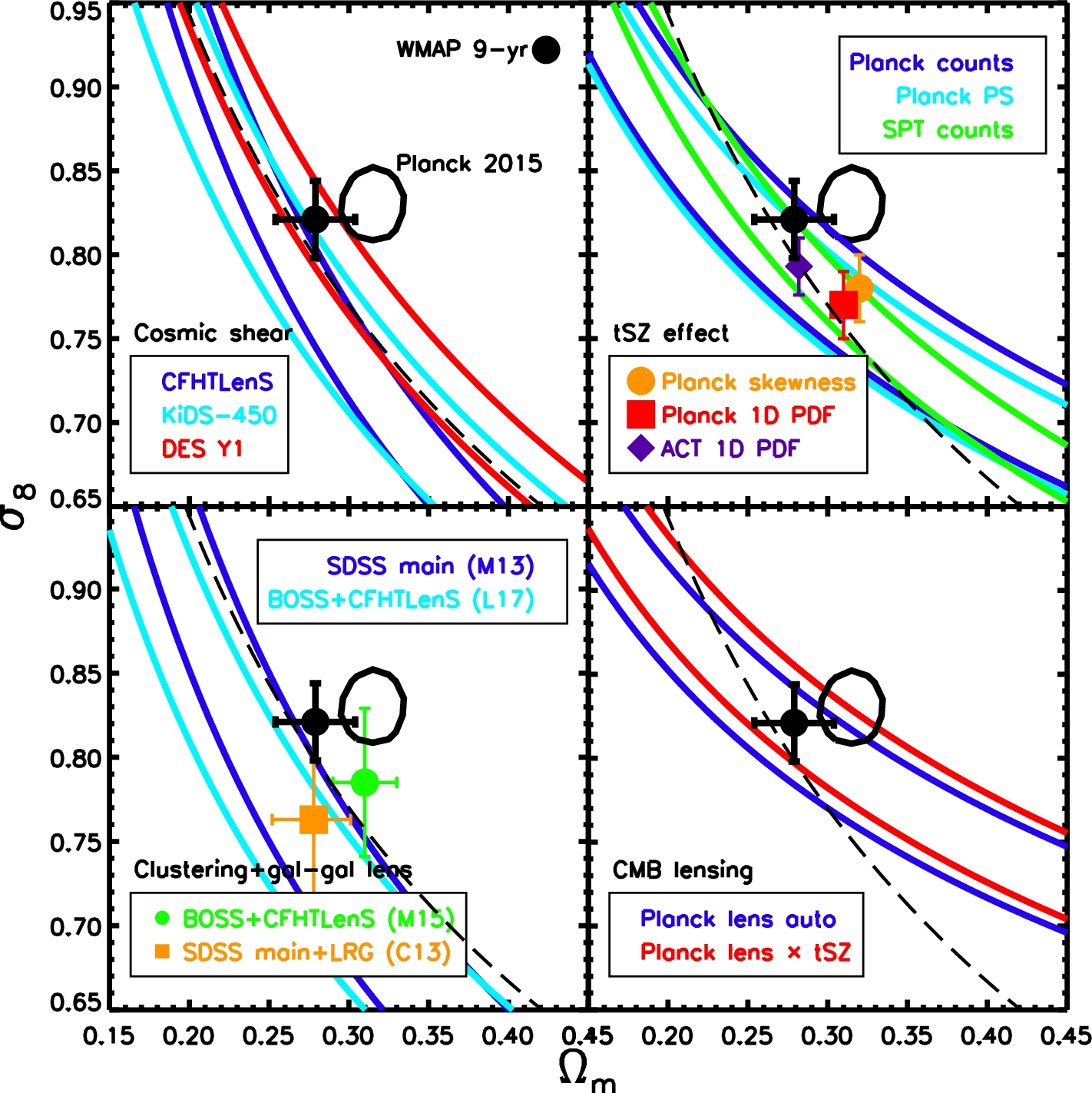