We obtain new and precise information on the double white dwarf (DWD) population and on its gravitational-wave-driven merger rate by combining the constraints on the DWD population from two previous studies on radial velocity variation. One of the studies is based on a sample of white dwarfs (WDs) from the Sloan Digital Sky Survey (SDSS, which with its low spectral resolution probes systems at separations a < 0.05 au) and the other is based on the ESO-VLT Supernova-Ia Progenitor surveY (SPY, which with its high spectral resolution is sensitive to a < 4 au). From a joint likelihood analysis, the DWD fraction among WDs is fbin = 0.095 ± 0.020 (1σ, random) +0.010 (systematic) in the separation range ≲4 au. The index of a power-law distribution of initial WD separations (at the start of solely gravitational-wave-driven binary evolution), N(a)da ∝ aαda, is α = -1.30 ± 0.15 (1σ) +0.05 (systematic). The Galactic WD merger rate per WD is Rmerge = (9.7 ± 1.1) × 10-12 yr-1. Integrated over the Galaxy lifetime, this implies that 8.5-11 per cent of all WDs ever formed have merged with another WD. If most DWD mergers end as more-massive WDs, then some 10 per cent of WDs are DWD-merger products, consistent with the observed fraction of WDs in a `high-mass bump' in the WD mass function. The DWD merger rate is 4.5-7 times the Milky Way's specific Type Ia supernova (SN Ia) rate. If most SN Ia explosions stem from the mergers of some DWDs (say, those with massive-enough binary components) then ∼15 per cent of all WD mergers must lead to a SN Ia. 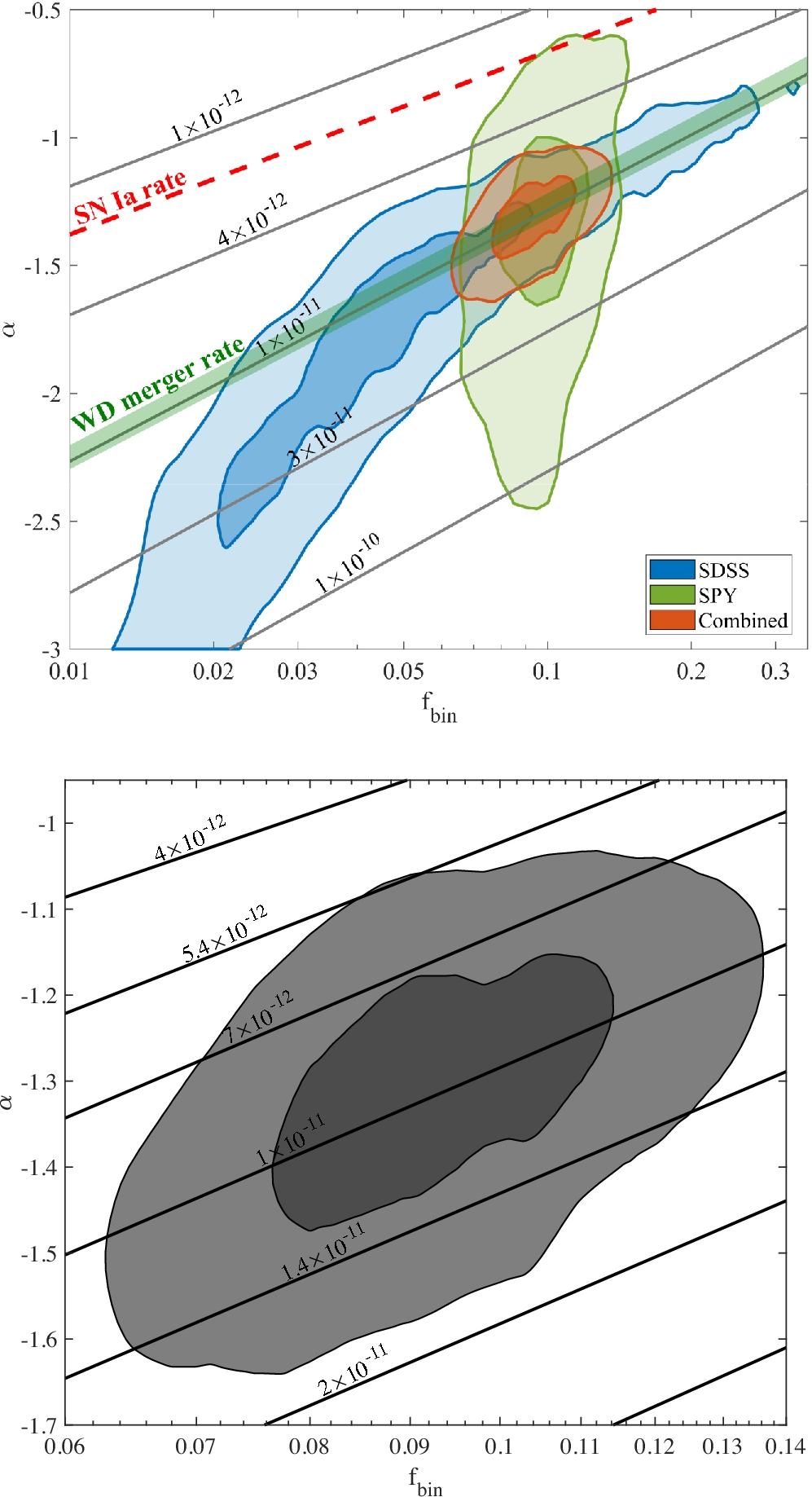