We use a phenomenological model which connects the galaxy and active galactic nucleus (AGN) populations to investigate the process of AGNs triggering through major galaxy mergers at z ∼ 0. The model uses stellar mass functions as input and allows the prediction of AGN luminosity functions based on assumed Eddington ratio distribution functions (ERDFs). We show that the number of AGNs hosted by merger galaxies relative to the total number of AGNs increases as a function of AGN luminosity. This is due to more massive galaxies being more likely to undergo a merger and does not require the assumption that mergers lead to higher Eddington ratios than secular processes. Our qualitative analysis also shows that to match the observations, the probability of a merger galaxy hosting an AGN and accreting at a given Eddington value has to be increased by a factor ∼10 relative to the general AGN population. An additional significant increase of the fraction of high Eddington ratio AGNs among merger host galaxies leads to inconsistency with the observed X-ray luminosity function. Physically our results imply that, compared to the general galaxy population, the AGN fraction among merger galaxies is ∼10 times higher. On average, merger triggering does however not lead to significantly higher Eddington ratios. 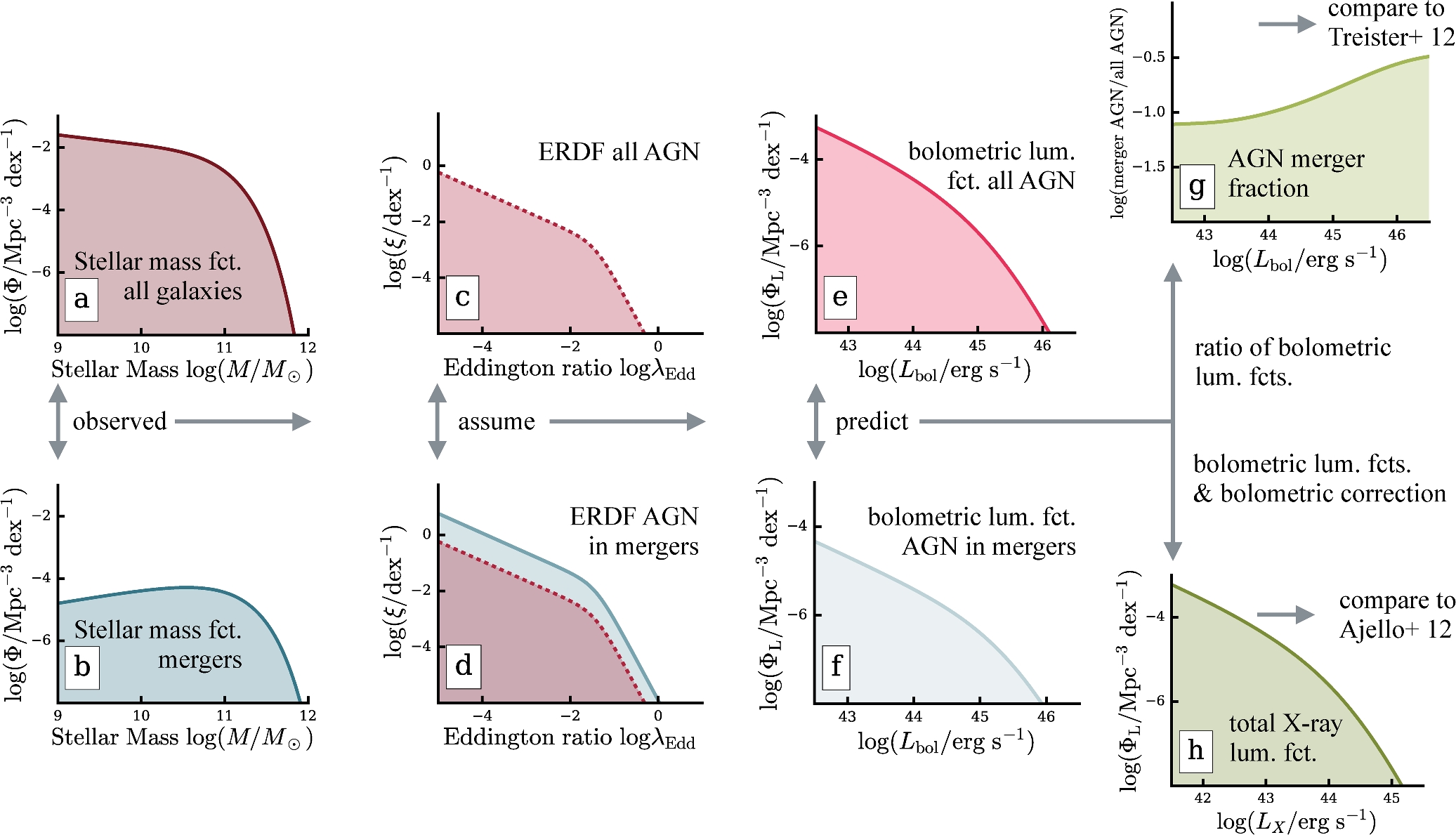