We have obtained new observations of the partial Lyman limit absorber at zabs=0.93 towards quasar PG 1206+459, and revisit its chemical and physical conditions. The absorber, with N({H I})∼ 10^{17.0} cm-2 and absorption lines spread over ≳1000 km s-1 in velocity, is one of the strongest known O VI absorbers at \log N({{O VI}})= 15.54 ± 0.17. Our analysis makes use of the previously known low- (e.g. Mg II), intermediate- (e.g. Si IV), and high-ionization (e.g. C IV, N V, Ne VIII) metal lines along with new Hubble Space Telescope (HST)/Cosmic Origins Spectrograph (COS) observations that cover O VI and an HST/ACS image of the quasar field. Consistent with previous studies, we find that the absorber has a multiphase structure. The low-ionization phase arises from gas with a density of \log (n_H/cm^{-3})∼ -2.5 and a solar to supersolar metallicity. The high-ionization phase stems from gas with a significantly lower density, i.e. \log (n_H/cm^{-3}) ∼ -3.8, and a near-solar to solar metallicity. The high-ionization phase accounts for all of the absorption seen in C IV, N V, and O VI. We find the the detected Ne VIII, reported by Tripp et al. (2011), is best explained as originating in a stand-alone collisionally ionized phase at T∼ 10^{5.85} K, except in one component in which both O VI and Ne VIII can be produced via photoionization. We demonstrate that such strong O VI absorption can easily arise from photoionization at z ≳ 1, but that, due to the decreasing extragalactic UV background radiation, only collisional ionization can produce large O VI features at z ∼ 0. The azimuthal angle of ∼88° of the disc of the nearest (68 kpc) luminous (1.3L*) galaxy at zgal = 0.9289, which shows signatures of recent merger, suggests that the bulk of the absorption arises from metal enriched outflows. 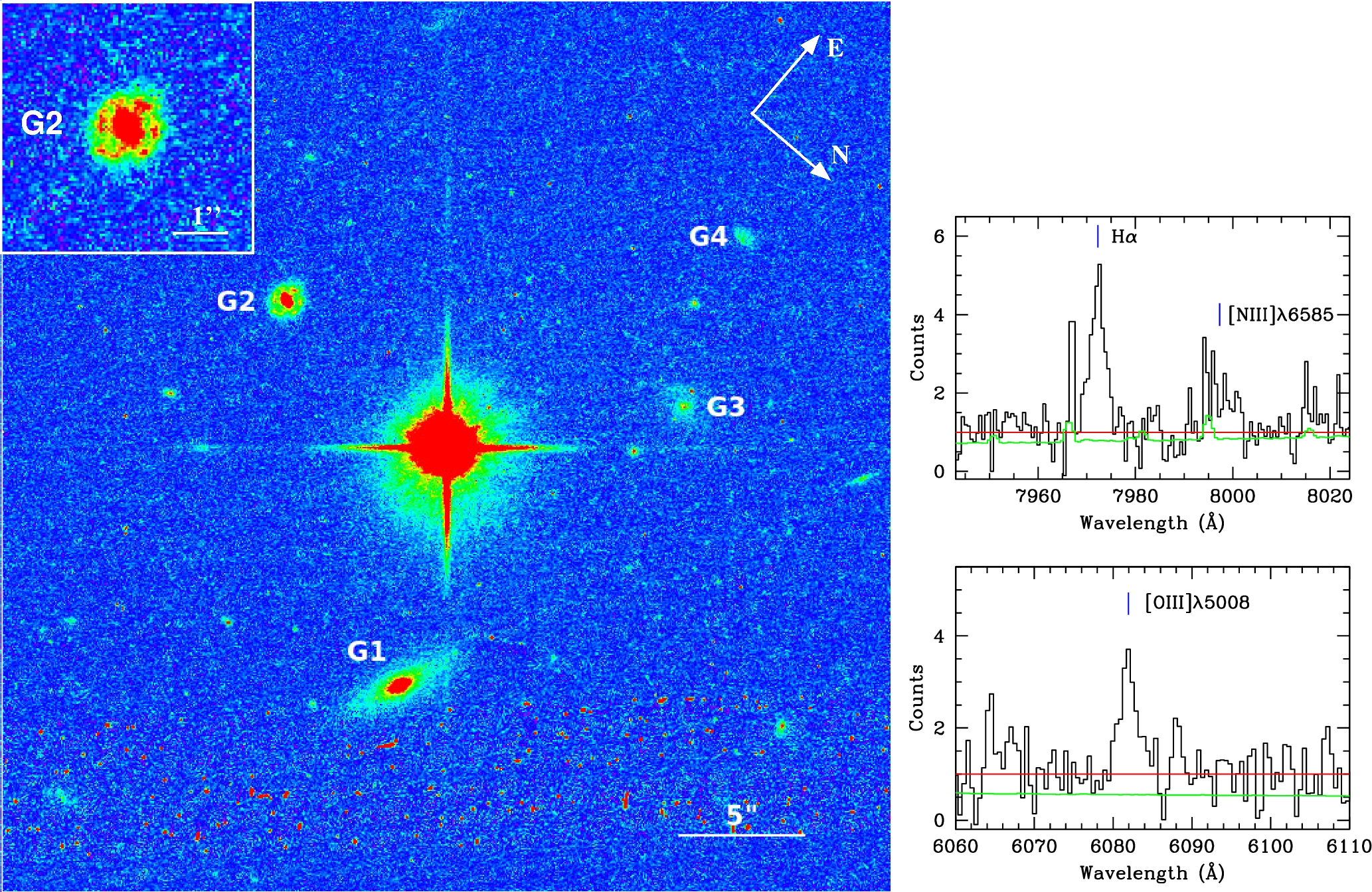