We have observed and analysed the eclipses of the black widow pulsar J1810+1744 at low radio frequencies. Using LOw-Frequency ARray (LOFAR) and Westerbork Synthesis Radio Telescope observations between 2011 and 2015, we have measured variations in flux density, dispersion measure, and scattering around eclipses. High-time resolution, simultaneous beamformed, and interferometric imaging LOFAR observations show concurrent disappearance of pulsations and total flux from the source during the eclipses, with a 3σ upper limit of 36 mJy ( < 10 per cent of the pulsar's averaged out-of-eclipse flux density). The dispersion measure variations are highly asymmetric, suggesting a tail of material swept back due to orbital motion. The egress deviations are variable on time-scales shorter than the 3.6 h orbital period and are indicative of a clumpy medium. Additional pulse broadening detected during egress is typically < 20 per cent of the pulsar's spin period, showing no evidence of scattering the pulses beyond detectability in the beamformed data. The eclipses, lasting ∼ 13 per cent of the orbit at 149 MHz, are shown to be frequency-dependent with total duration scaling as ∝ ν-0.41 ± 0.03. The results are discussed in the context of the physical parameters of the system, and an examination of eclipse mechanisms reveals cyclotron-synchrotron absorption as the most likely primary cause, although non-linear scattering mechanisms cannot be quantitatively ruled out. The inferred mass-loss rate is a similar order of magnitude to the mean rate required to fully evaporate the companion in a Hubble time. 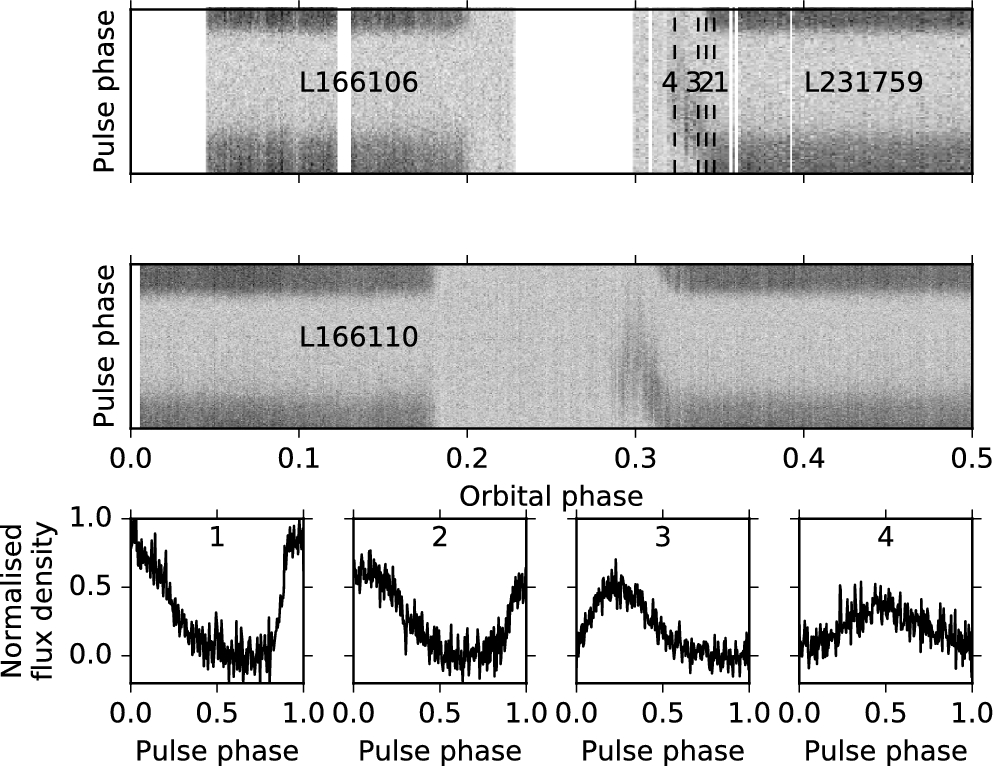