We analytically calculate the time series for the perturbations Δ ρ \left(t\right), Δ \dot{ρ }\left(t\right) induced by a general disturbing acceleration A on the mutual range ρ and range-rate \dot{ρ } of two test particles A, B orbiting the same spinning body. We apply it to the general relativistic Lense-Thirring effect, due to the primary's spin S, and the classical perturbation arising from its quadrupole mass moment J2 for arbitrary orbital geometries and orientation of the source's symmetry axis {\hat{S}}. The Earth-Mercury range and range-rate are nominally affected by the Sun's gravitomagnetic field to the 10 m, 10-3 cm s-1 level, respectively, during the extended phase (2026-2028) of the forthcoming BepiColombo mission to Mercury whose expected tracking accuracy is of the order of ≃0.1 m, 2 × 10-4 cm s-1. The competing signatures due to the solar quadrupole J_2^{\odot }, if modelled at the σ _{J_2^{\odot }}∼eq 10^{-9} level of the latest planetary ephemerides INPOP17a, are nearly 10 times smaller than the relativistic gravitomagnetic effects. The position and velocity vectors \boldsymbol {r}, \boldsymbol {v} of Mercury and Earth are changed by the solar Lense-Thirring effect by about 10 m, 1.5 m and 10-3 cm s-1, 10-5 cm s-1, respectively, over 2 yr; neglecting such shifts may have an impact on long-term integrations of the inner Solar system dynamics over ∼Gyr time-scales. 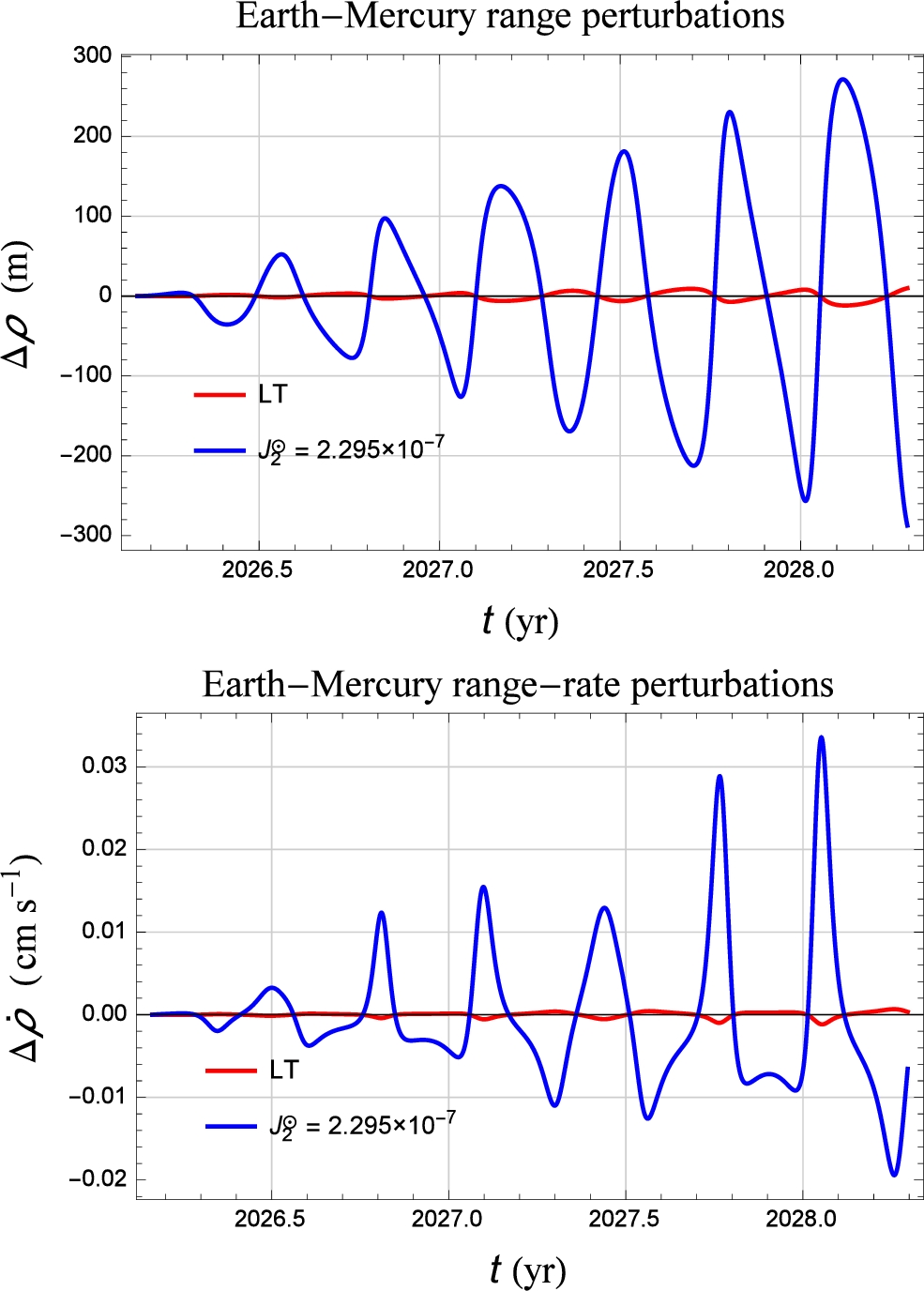