SDSS-IV MaNGA: evidence of the importance of AGN feedback in low-mass galaxies

We present new evidence for AGN feedback in a subset of 69 quenched low-mass galaxies (M⋆ ≲ 5 × 109 M⊙, Mr > -19) selected from the first 2 yr of the Sloan Digital Sky Survey-IV Mapping Nearby Galaxies at APO (SDSS-IV MaNGA) survey. The majority (85 per cent) of these quenched galaxies appear to reside in a group environment. We find six galaxies in our sample that appear to have an active AGN that is preventing on-going star formation; this is the first time such a feedback mechanism has been observed in this mass range. Interestingly, five of these six galaxies have an ionized gas component that is kinematically offset from their stellar component, suggesting the gas is either recently accreted or outflowing. We hypothesize these six galaxies are low-mass equivalents to the `red geysers' observed in more massive galaxies. Of the other 63 galaxies in the sample, we find 8 do appear for have some low level, residual star formation, or emission from hot, evolved stars. The remaining galaxies in our sample have no detectable ionized gas emission throughout their structures, consistent with them being quenched. This work shows the potential for understanding the detailed physical properties of dwarf galaxies through spatially resolved spectroscopy. 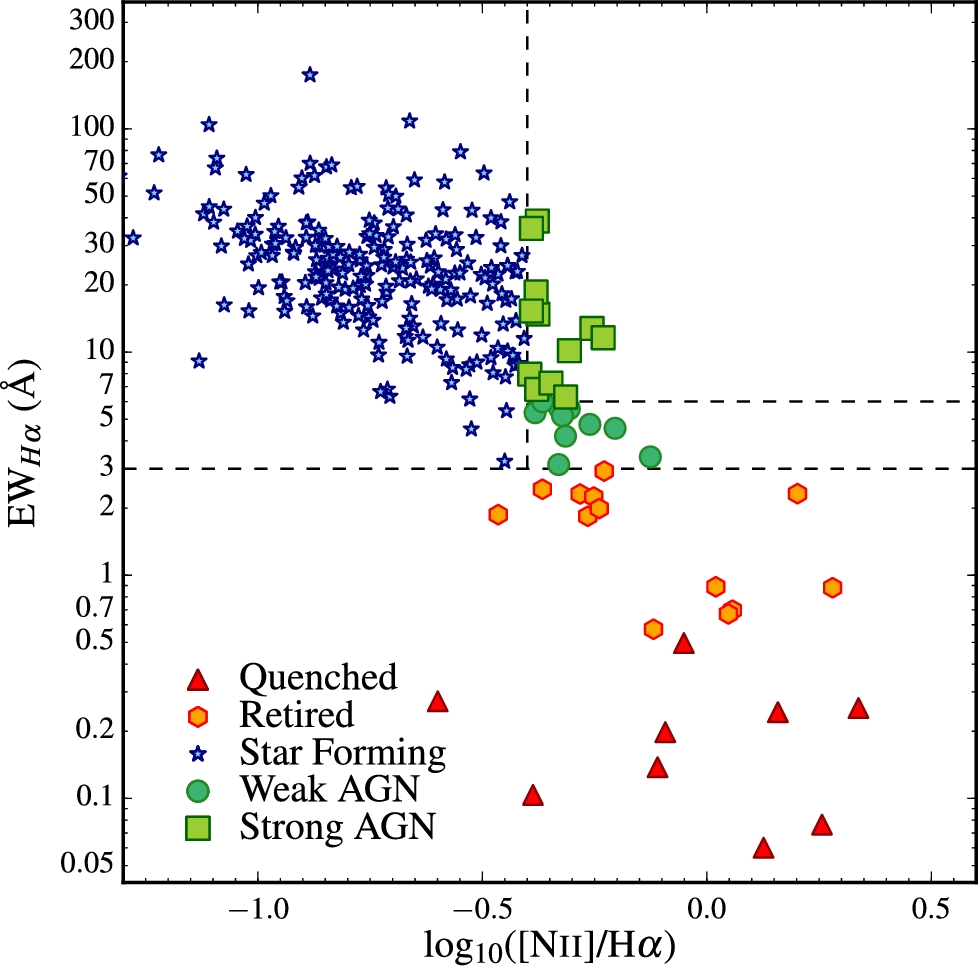