We present Low-Frequency Array (LOFAR) high-band data over the frequency range 115-189 MHz for the X-ray binary SS 433, obtained in an observing campaign from 2013 February to 2014 May. Our results include a deep, wide-field map, allowing a detailed view of the surrounding supernova remnant W 50 at low radio frequencies, as well as a light curve for SS 433 determined from shorter monitoring runs. The complex morphology of W 50 is in excellent agreement with previously published higher frequency maps; we find additional evidence for a spectral turnover in the eastern wing, potentially due to foreground free-free absorption. Furthermore, SS 433 is tentatively variable at 150 MHz, with both a debiased modulation index of 11 per cent and a χ2 probability of a flat light curve of 8.2 × 10-3. By comparing the LOFAR flux densities with contemporaneous observations carried out at 4800 MHz with the RATAN-600 telescope, we suggest that an observed ∼0.5-1 Jy rise in the 150-MHz flux density may correspond to sustained flaring activity over a period of approximately 6 months at 4800 MHz. However, the increase is too large to be explained with a standard synchrotron bubble model. We also detect a wealth of structure along the nearby Galactic plane, including the most complete detection to date of the radio shell of the candidate supernova remnant G 38.7-1.4. This further demonstrates the potential of supernova remnant studies with the current generation of low-frequency radio telescopes. 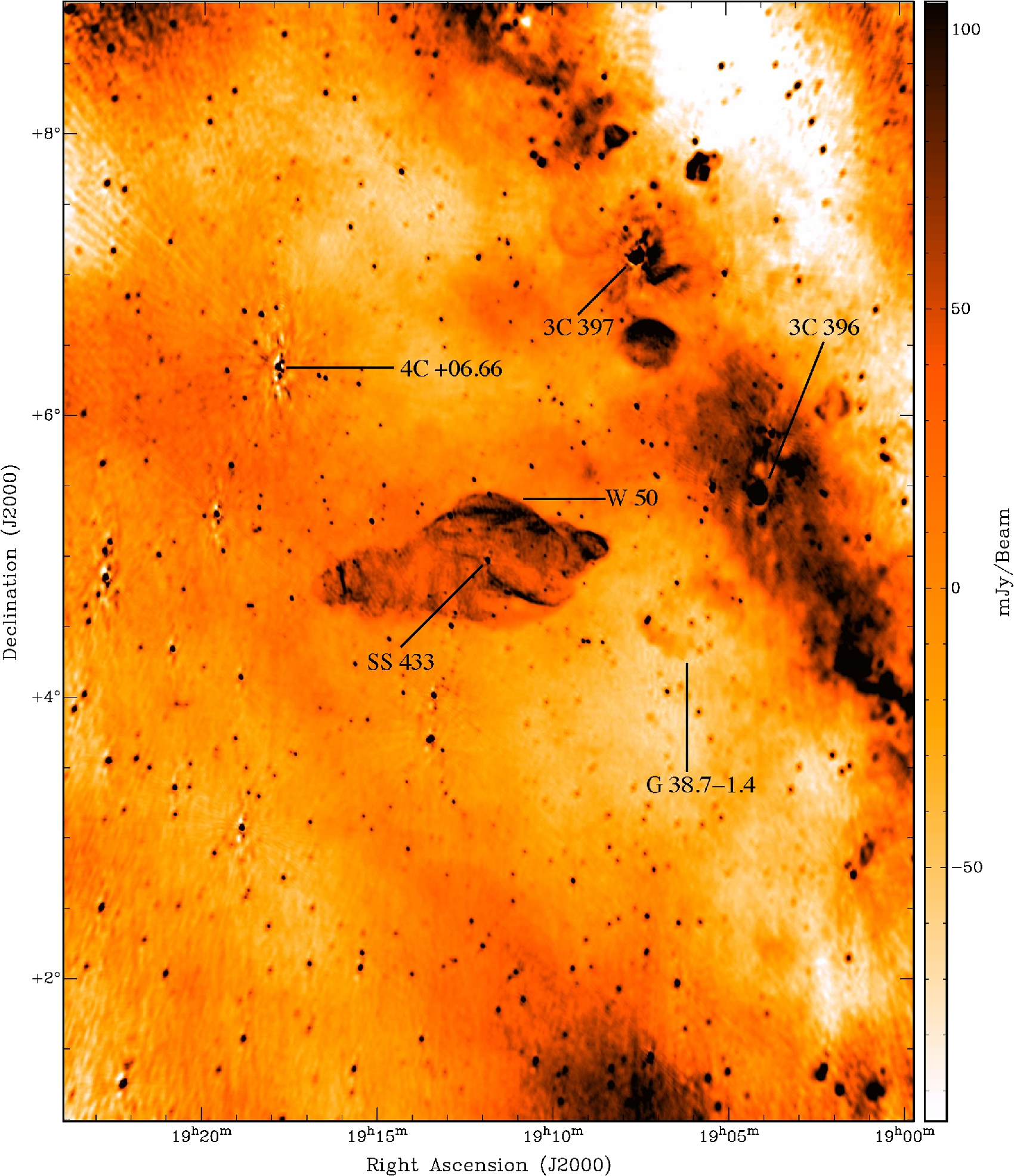