Unexpected clustering in the orbital elements of minor bodies beyond the Kuiper belt has led to speculations that our Solar system actually hosts nine planets, the eight established plus a hypothetical `Planet Nine'. Several recent studies have shown that a planet with a mass of about 10 Earth masses on a distant eccentric orbit with perihelion far beyond the Kuiper belt could create and maintain this clustering. The evolutionary path resulting in an orbit such as the one suggested for Planet Nine is nevertheless not easily explained. Here, we investigate whether a planet scattered away from the giant-planet region could be lifted to an orbit similar to the one suggested for Planet Nine through dynamical friction with a cold, distant planetesimal belt. Recent simulations of planetesimal formation via the streaming instability suggest that planetesimals can readily form beyond 100 au. We explore this circularisation by dynamical friction with a set of numerical simulations. We find that a planet that is scattered from the region close to Neptune on to an eccentric orbit has a 20-30 per cent chance of obtaining an orbit similar to that of Planet Nine after 4.6 Gyr. Our simulations also result in strong or partial clustering of the planetesimals; however, whether or not this clustering is observable depends on the location of the inner edge of the planetesimal belt. If the inner edge is located at 200 au, the degree of clustering amongst observable objects is significant. 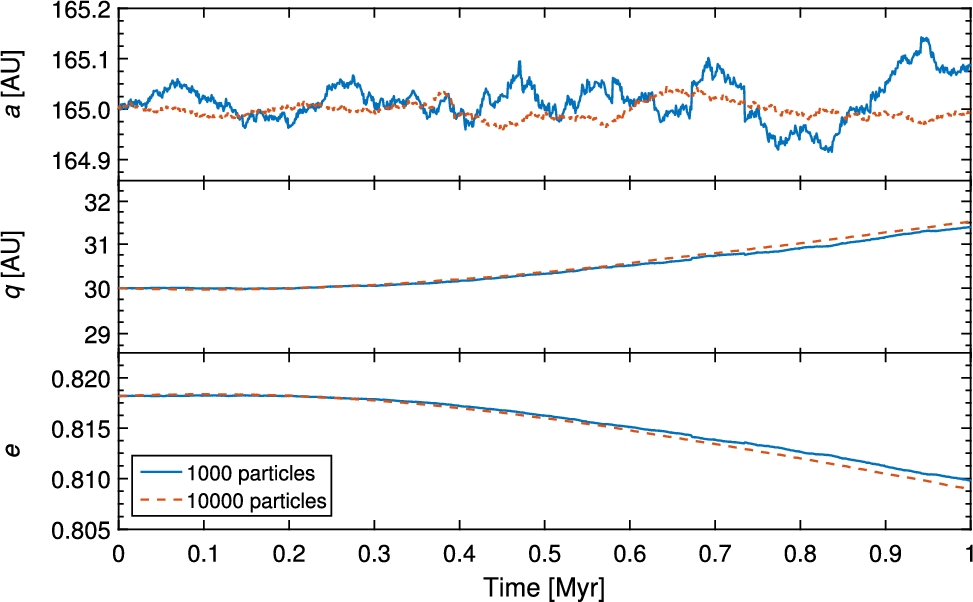