The structure and spectrum of the accretion shock have been self-consistently simulated for a wide range of parameters typical for Classical T Tauri Stars (CTTS). Radiative cooling of the shocked gas was calculated, taking into account the self-absorption and non-equilibrium (time-dependent) effects in the level populations. These effects modify the standard cooling curve for an optically thin plasma in coronal equilibrium, however the shape of high-temperature (T > 3 × 105 K) part of the curve remains unchanged. The applied methods allow us to smoothly describe the transition from the cooling flow to the hydrostatic stellar atmosphere. Thanks to this approach, it has been found that the narrow component of He II lines is formed predominantly in the irradiated stationary atmosphere (hotspot), i.e. at velocities of the settling gas <2 km s-1. The structure of the pre-shock region is calculated simultaneously with the heated atmosphere. The simulation shows that the pre-shock gas produces a noticeable emission component in He II lines and practically does not manifest itself in He I lines (λλ 5876, 10830 Å). The ultraviolet spectrum of the hotspot is distorted by the pre-shock gas, namely numerous red-shifted emission and absorption lines overlap each other forming a pseudo-continuum. The spectrum of the accretion region at high pre-shock densities ∼1014 cm-3 is fully formed in the in-falling gas and can be qualitatively described as a spectrum of a star with an effective temperature derived from the Stefan-Boltzmann law via the full energy flux. 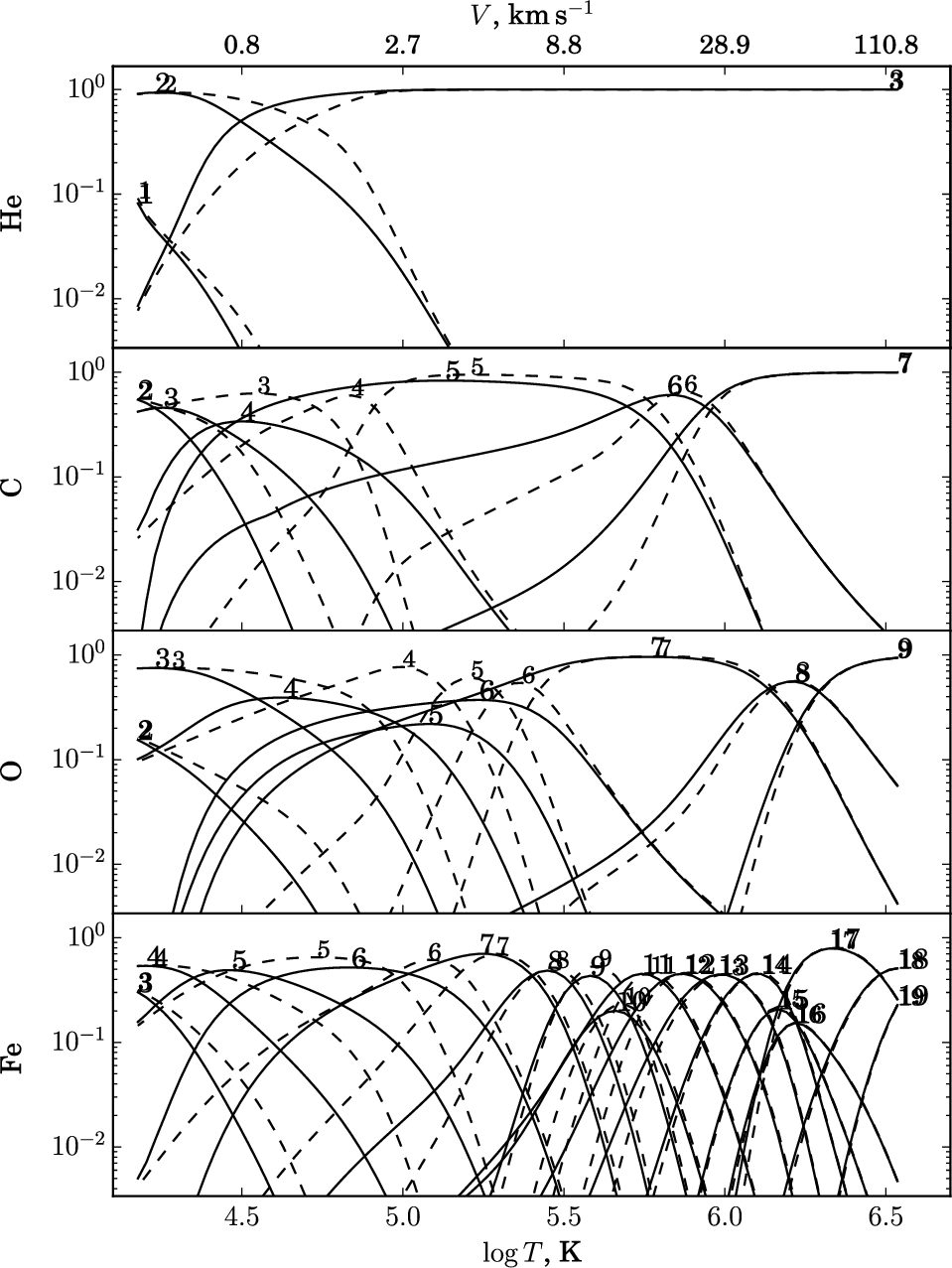