Growing up in a megalopolis: environmental effects on galaxy evolution in a supercluster at z ∼ 0.65 in UKIDSS UDS

We present a large-scale galaxy structure Cl J021734-0513 at z ∼ 0.65 discovered in the UKIDSS UDS field, made of ∼20 galaxy groups and clusters, spreading over 10 Mpc. We report on a VLT/VIMOS spectroscopic follow-up program that, combined with past spectroscopy, allowed us to confirm four galaxy clusters (M200 ∼ 1014 M⊙) and a dozen associated groups and star-forming galaxy overdensities. Two additional filamentary structures at z ∼ 0.62 and 0.69 and foreground and background clusters at 0.6 < z < 0.7 were also confirmed along the line of sight. The structure subcomponents are at different formation stages. The clusters have a core dominated by passive galaxies and an established red sequence. The remaining structures are a mix of star-forming galaxy overdensities and forming groups. The presence of quiescent galaxies in the core of the latter shows that `pre-processing' has already happened before the groups fall into their more massive neighbours. Our spectroscopy allows us to derive spectral index measurements e.g. emission/absorption line equivalent widths, strength of the 4000 Å break, valuable to investigate the star formation history of structure members. Based on these line measurements, we select a population of `post-starburst' galaxies. These galaxies are preferentially found within the virial radius of clusters, supporting a scenario in which their recent quenching could be prompted by gas stripping by the dense intracluster medium. We derive stellar age estimates using Markov Chain Monte Carlo-based spectral fitting for quiescent galaxies and find a correlation between ages and colours/stellar masses which favours a top-down formation scenario of the red sequence. A catalogue of ∼650 redshifts in UDS is released alongside the paper (via MNRAS online data). 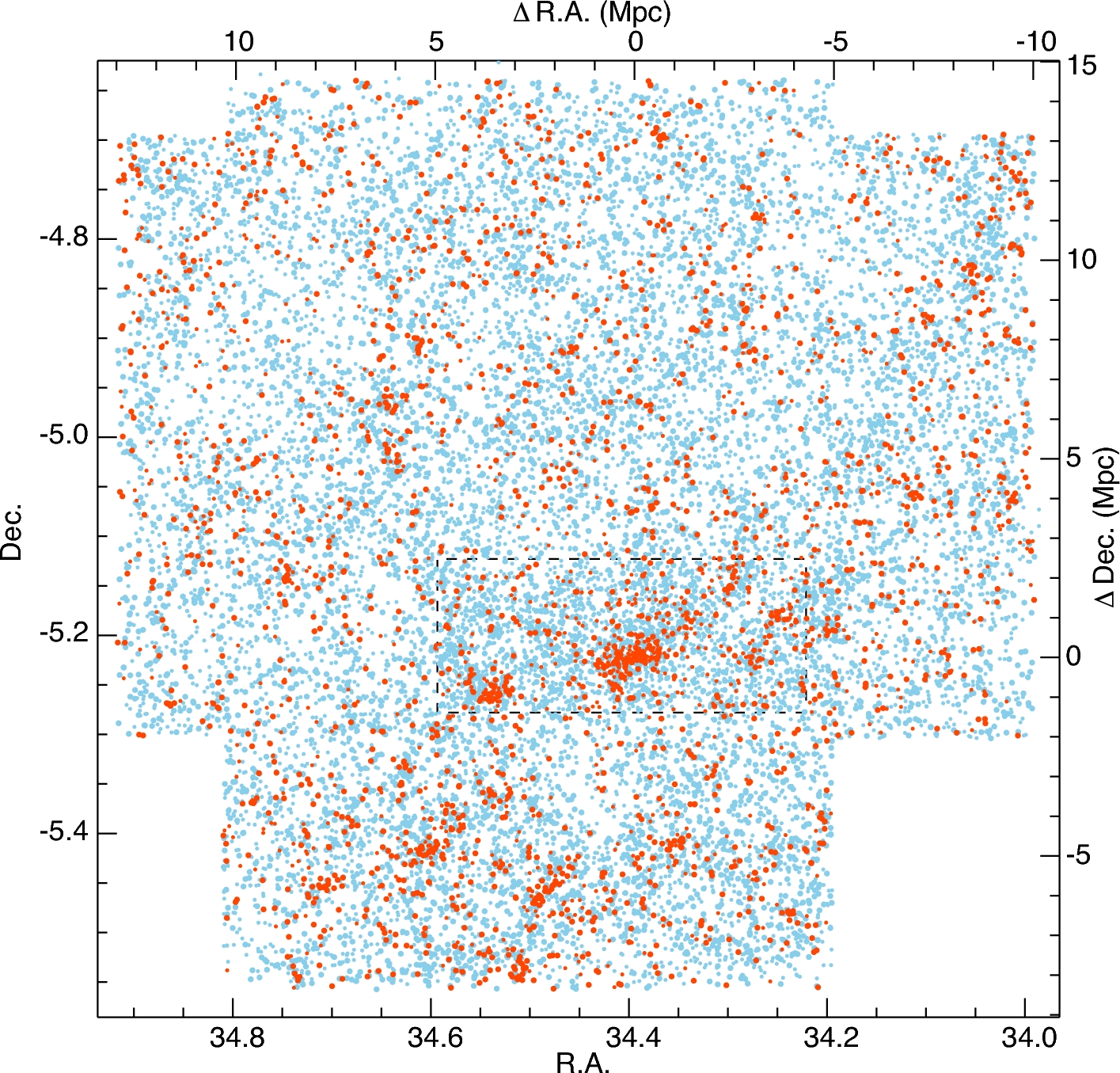