The need for speed: escape velocity and dynamical mass measurements of the Andromeda galaxy

Our nearest large cosmological neighbour, the Andromeda galaxy (M31), is a dynamical system, and an accurate measurement of its total mass is central to our understanding of its assembly history, the life-cycles of its satellite galaxies, and its role in shaping the Local Group environment. Here, we apply a novel approach to determine the dynamical mass of M31 using high-velocity Planetary Nebulae, establishing a hierarchical Bayesian model united with a scheme to capture potential outliers and marginalize over tracers unknown distances. With this, we derive the escape velocity run of M31 as a function of galactocentric distance, with both parametric and non-parametric approaches. We determine the escape velocity of M31 to be 470 ± 40 km s-1 at a galactocentric distance of 15 kpc, and also, derive the total potential of M31, estimating the virial mass and radius of the galaxy to be 0.8 ± 0.1 × 1012 M⊙ and 240 ± 10 kpc, respectively. Our M31 mass is on the low side of the measured range, this supports the lower expected mass of the M31-Milky Way system from the timing and momentum arguments, satisfying the H I constraint on circular velocity between 10 ≲ R/ kpc < 35, and agreeing with the stellar mass Tully-Fisher relation. To place these results in a broader context, we compare them to the key predictions of the ΛCDM cosmological paradigm, including the stellar-mass-halo-mass and the dark matter halo concentration-virial mass correlation, and finding it to be an outlier to this relation. 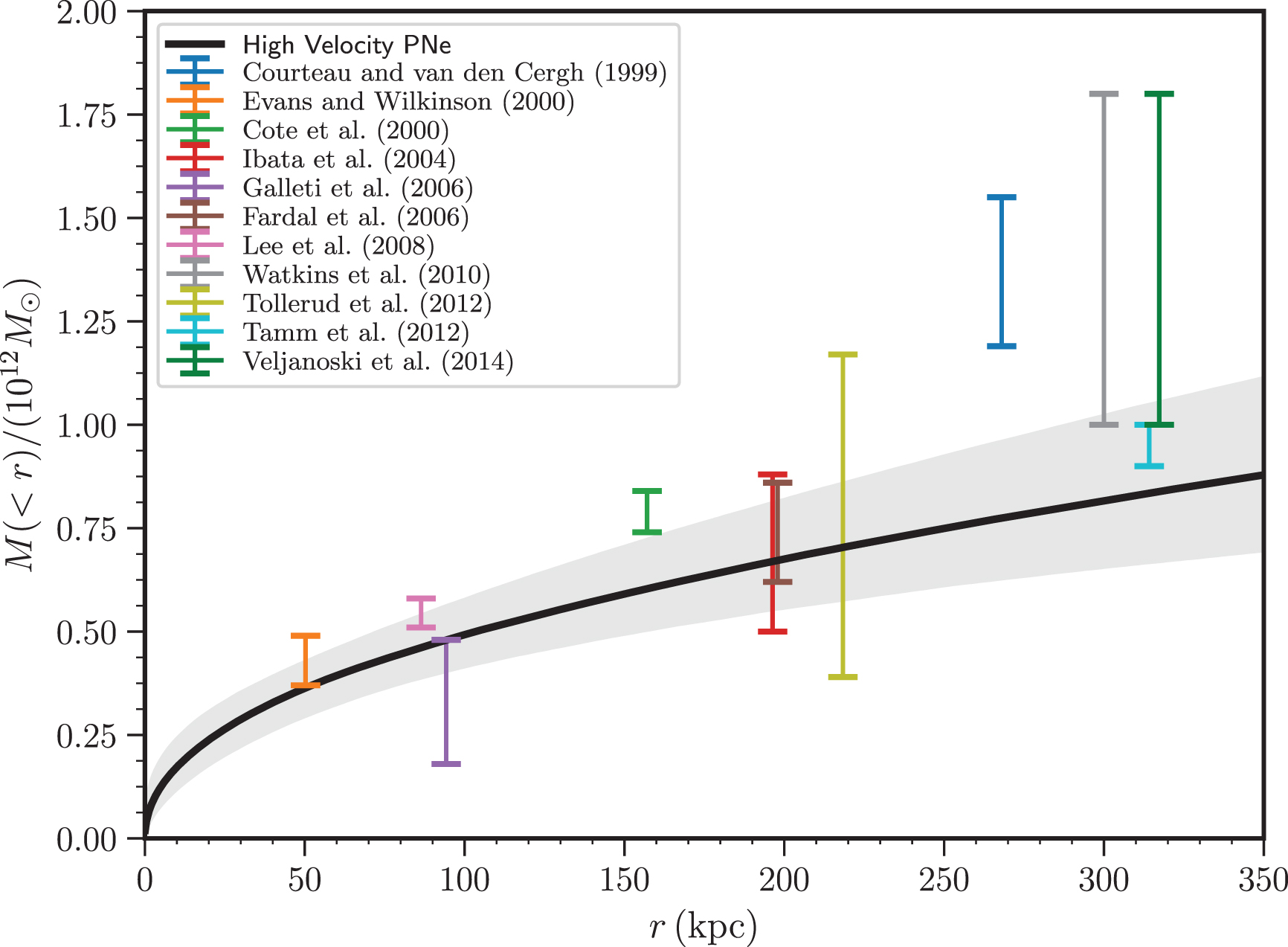