Cosmological simulations suggest that most of the matter in the Universe is distributed along filaments connecting galaxies. Illuminated by the cosmic UV background (UVB), these structures are expected to glow in fluorescent Ly α emission with a surface brightness (SB) that is well below current limits for individual detections. Here, we perform a stacking analysis of the deepest MUSE/VLT data using three-dimensional regions (subcubes) with orientations determined by the position of neighbouring Ly α galaxies at 3 < z < 4. Our method increase the probability of detecting filamentary Ly α emission, provided that these structures are Lyman-limit systems (LLSs). By stacking 390 oriented subcubes we reach a 2σ sensitivity level of SB ≈ 0.44 × 10-20 erg s-1 cm-2 arcsec-2 in an aperture of 1 arcsec2 × 6.25 Å, three times below the expected fluorescent Ly α signal from the Haardt & Madau UVB at z ∼ 3.5. No detectable emission is found on intergalactic scales, implying that at least two thirds of our subcubes do not contain oriented LLSs. On the other hand, significant emission is detected in the circumgalactic medium (CGM) in the direction of the neighbours. The signal is stronger for galaxies with a larger number of neighbours and appears to be independent of any other galaxy properties. We estimate that preferentially oriented satellite galaxies cannot contribute significantly to this signal, suggesting instead that gas densities in the CGM are typically larger in the direction of neighbouring galaxies on cosmological scales. 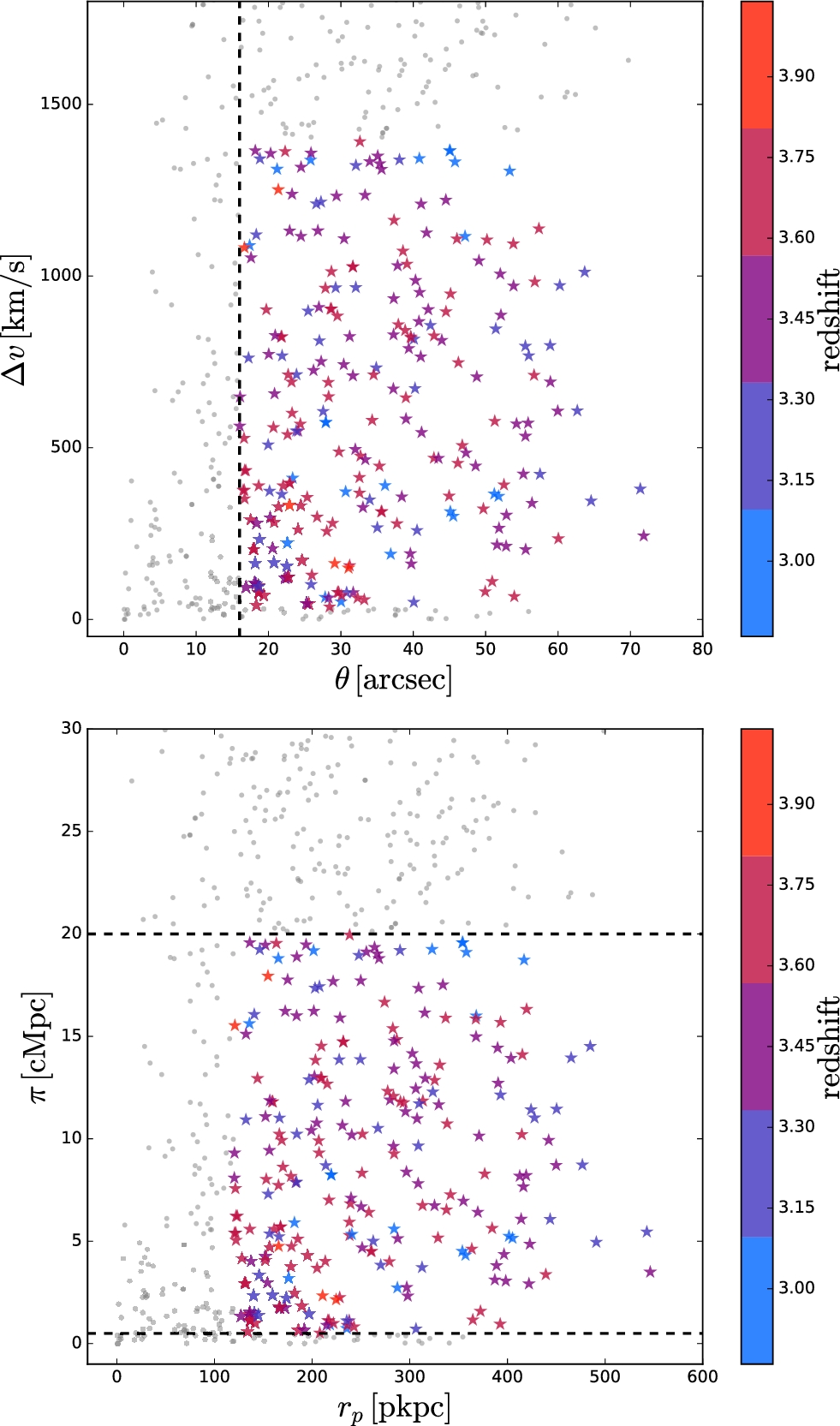