To investigate star formation and assembly processes of massive galaxies, we present here a spatially resolved stellar population analysis of a sample of 45 elliptical galaxies (Es) selected from the Calar Alto Legacy Integral Field Area survey. We find rather flat age and [Mg/Fe] radial gradients, weakly dependent on the effective velocity dispersion of the galaxy within half-light radius. However, our analysis shows that metallicity gradients become steeper with increasing galaxy velocity dispersion. In addition, we have homogeneously compared the stellar population gradients of our sample of Es to a sample of nearby relic galaxies, i.e. local remnants of the high-z population of red nuggets. This comparison indicates that, first, the cores of present-day massive galaxies were likely formed in gas-rich, rapid star formation events at high redshift (z ≳ 2). This led to radial metallicity variations steeper than observed in the local Universe, and positive [Mg/Fe] gradients. Secondly, our analysis also suggests that a later sequence of minor dry mergers, populating the outskirts of early-type galaxies (ETGs), flattened the pristine [Mg/Fe] and metallicity gradients. Finally, we find a tight age-[Mg/Fe] relation, supporting that the duration of the star formation is the main driver of the [Mg/Fe] enhancement in massive ETGs. However, the star formation time-scale alone is not able to fully explain our [Mg/Fe] measurements. Interestingly, our results match the expected effect that a variable stellar initial mass function would have on the [Mg/Fe] ratio. 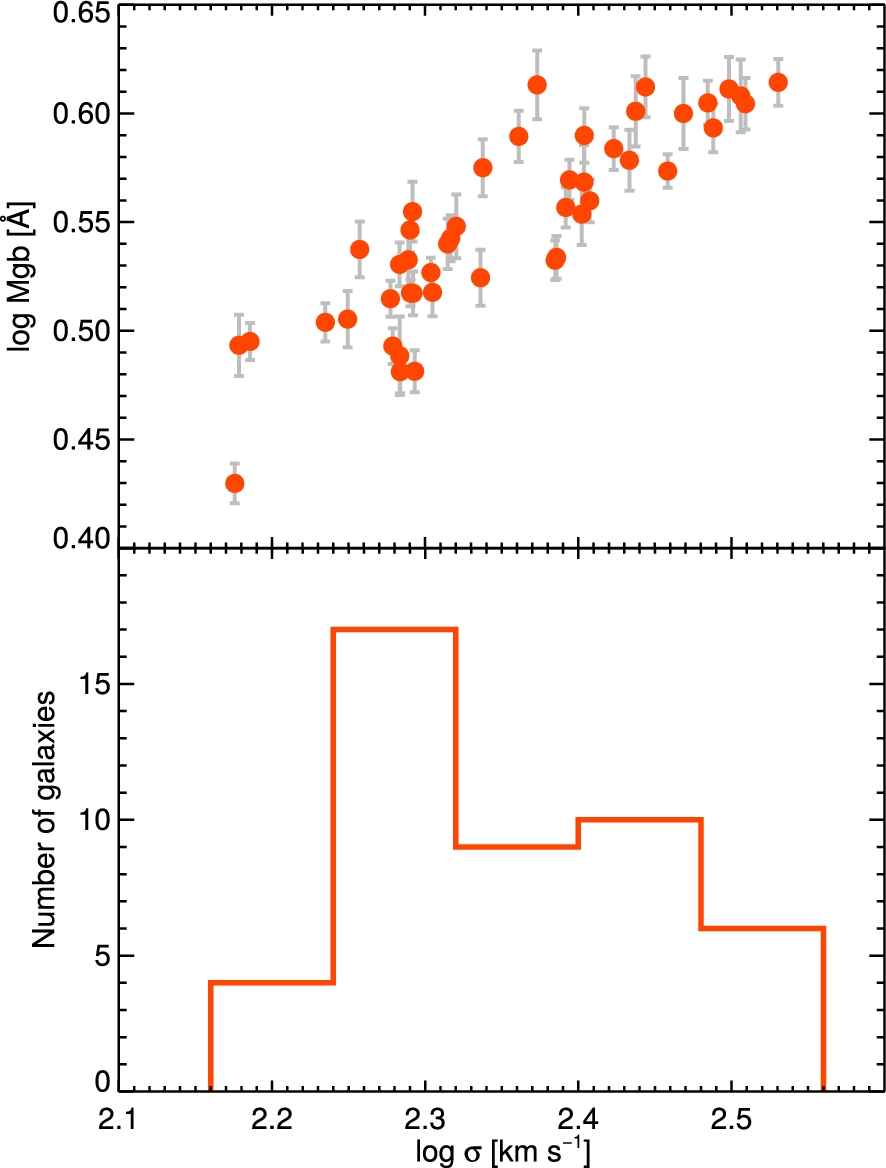