We perform lens modelling and source reconstruction of Sub-millimetre Array (SMA) data for a sample of 12 strongly lensed galaxies selected at 500μm in the Herschel Astrophysical Terahertz Large Area Survey (H-ATLAS). A previous analysis of the same data set used a single Sérsic profile to model the light distribution of each background galaxy. Here we model the source brightness distribution with an adaptive pixel scale scheme, extended to work in the Fourier visibility space of interferometry. We also present new SMA observations for seven other candidate lensed galaxies from the H-ATLAS sample. Our derived lens model parameters are in general consistent with previous findings. However, our estimated magnification factors, ranging from 3 to 10, are lower. The discrepancies are observed in particular where the reconstructed source hints at the presence of multiple knots of emission. We define an effective radius of the reconstructed sources based on the area in the source plane where emission is detected above 5σ. We also fit the reconstructed source surface brightness with an elliptical Gaussian model. We derive a median value reff ∼ 1.77 kpc and a median Gaussian full width at half-maximum ∼1.47 kpc. After correction for magnification, our sources have intrinsic star formation rates (SFR) ∼ 900-3500 M⊙ yr-1, resulting in a median SFR surface density ΣSFR ∼ 132 M⊙ yr-1 kpc-2 (or ∼218 M⊙ yr-1 kpc-2 for the Gaussian fit). This is consistent with that observed for other star-forming galaxies at similar redshifts, and is significantly below the Eddington limit for a radiation pressure regulated starburst. 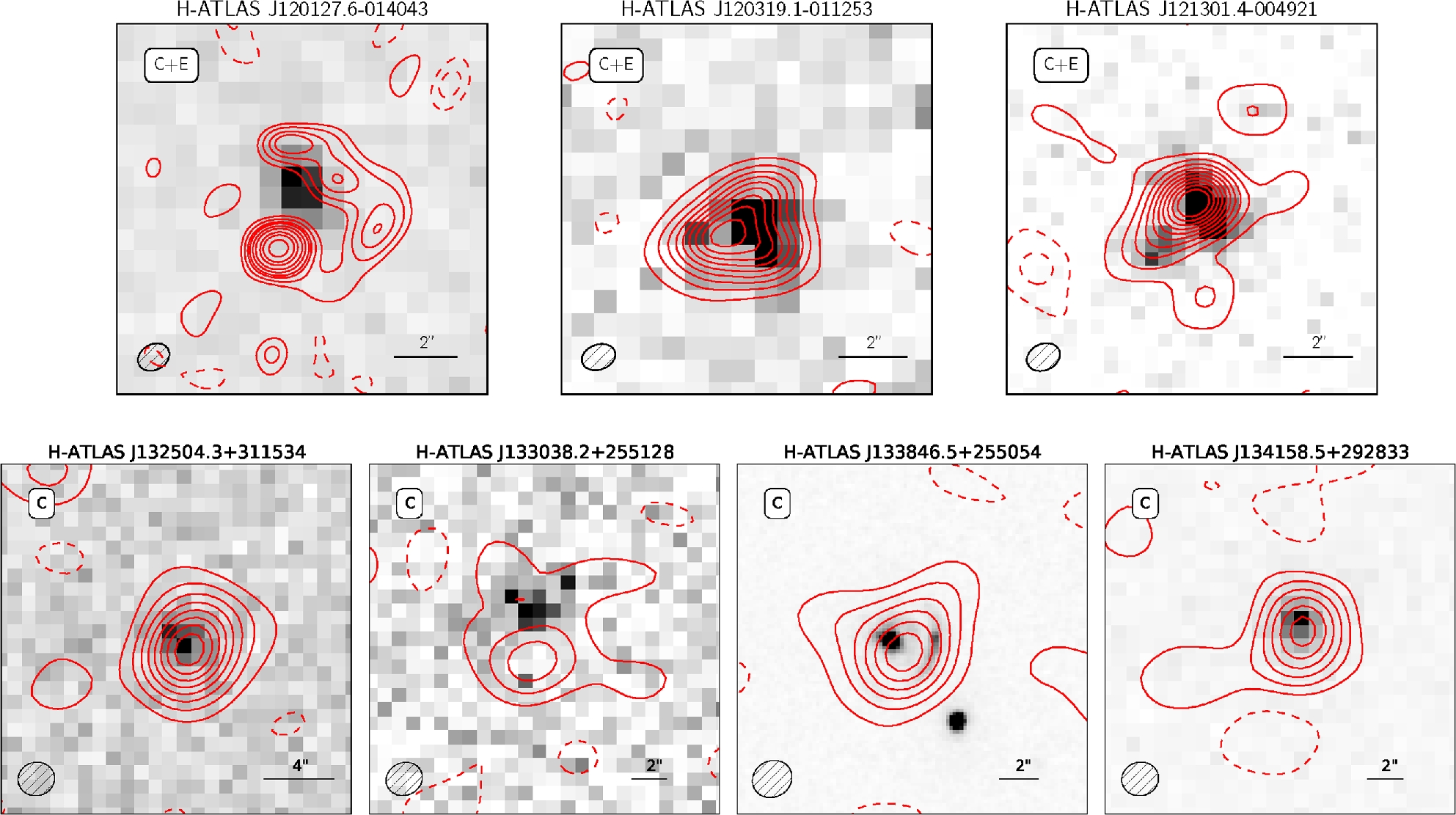