Radio emission is a key indicator of star formation activity in galaxies, but the radio luminosity-star formation relation has to date been studied almost exclusively at frequencies of 1.4 GHz or above. At lower radio frequencies, the effects of thermal radio emission are greatly reduced, and so we would expect the radio emission observed to be completely dominated by synchrotron radiation from supernova-generated cosmic rays. As part of the LOFAR Surveys Key Science project, the Herschel-ATLAS NGP field has been surveyed with LOFAR at an effective frequency of 150 MHz. We select a sample from the MPA-JHU catalogue of Sloan Digital Sky Survey galaxies in this area: the combination of Herschel, optical and mid-infrared data enable us to derive star formation rates (SFRs) for our sources using spectral energy distribution fitting, allowing a detailed study of the low-frequency radio luminosity-star formation relation in the nearby Universe. For those objects selected as star-forming galaxies (SFGs) using optical emission line diagnostics, we find a tight relationship between the 150 MHz radio luminosity (L150) and SFR. Interestingly, we find that a single power-law relationship between L150 and SFR is not a good description of all SFGs: a broken power-law model provides a better fit. This may indicate an additional mechanism for the generation of radio-emitting cosmic rays. Also, at given SFR, the radio luminosity depends on the stellar mass of the galaxy. Objects that were not classified as SFGs have higher 150-MHz radio luminosity than would be expected given their SFR, implying an important role for low-level active galactic nucleus activity. 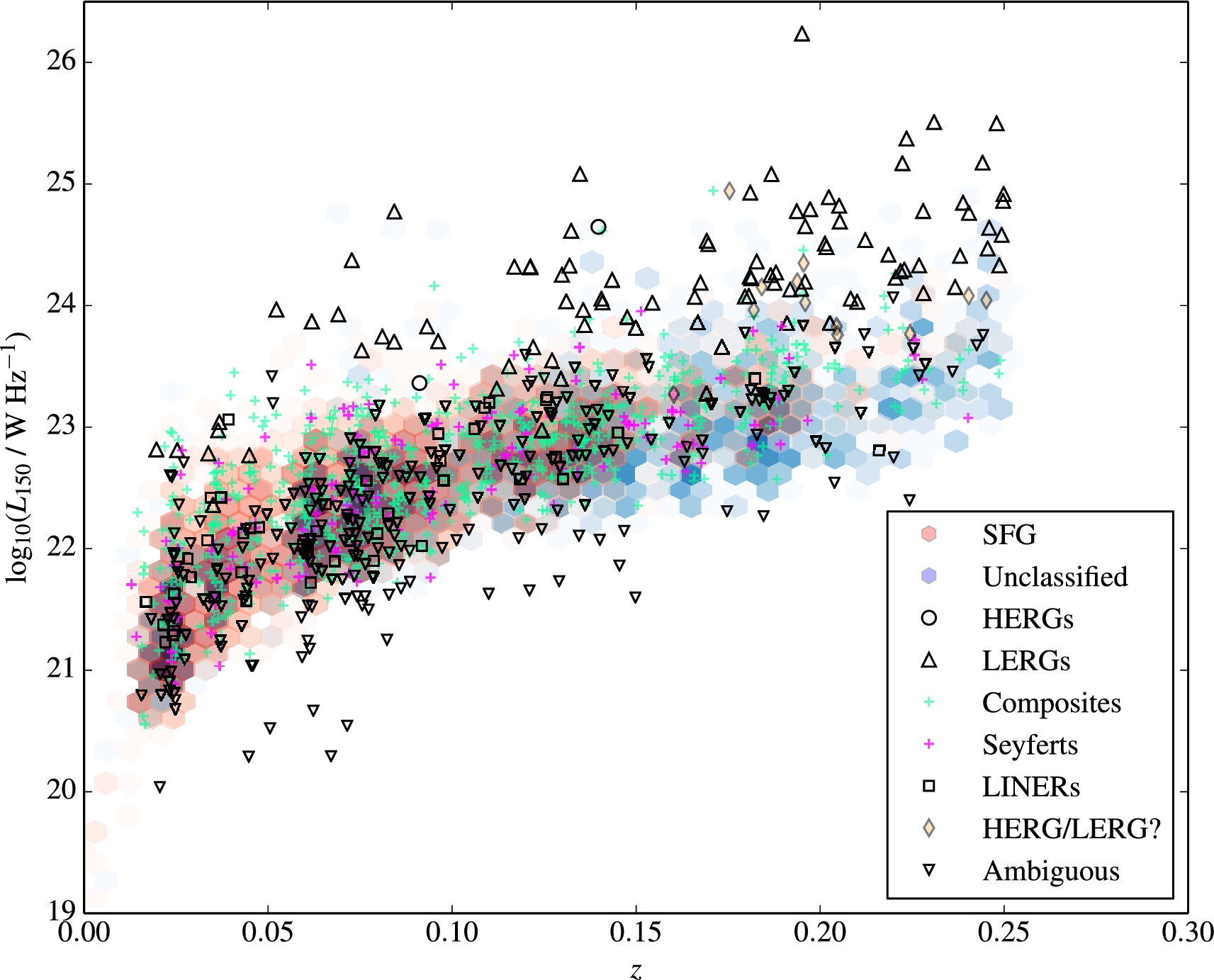