A and F stars as probes of outer Galactic disc kinematics

Previous studies of the rotation law in the outer Galactic disc have mainly used gas tracers or clump giants. Here, we explore A and F stars as alternatives: these provide a much denser sampling in the outer disc than gas tracers and have experienced significantly less velocity scattering than older clump giants. This first investigation confirms the suitability of A stars in this role. Our work is based on spectroscopy of ∼1300 photometrically selected stars in the red calcium-triplet region, chosen to mitigate against the effects of interstellar extinction. The stars are located in two low Galactic latitude sightlines, at longitudes ℓ = 118°, sampling strong Galactic rotation shear, and ℓ = 178°, near the anticentre. With the use of Markov Chain Monte Carlo parameter fitting, stellar parameters and radial velocities are measured, and distances computed. The obtained trend of radial velocity with distance is inconsistent with existing flat or slowly rising rotation laws from gas tracers (Brand & Blitz 1993; Reid et al. 2014). Instead, our results fit in with those obtained by Huang et al. (2016) from disc clump giants that favoured rising circular speeds. An alternative interpretation in terms of spiral arm perturbation is not straight forward. We assess the role that undetected binaries in the sample and distance error may have in introducing bias, and show that the former is a minor factor. The random errors in our trend of circular velocity are within ±5 km s-1. 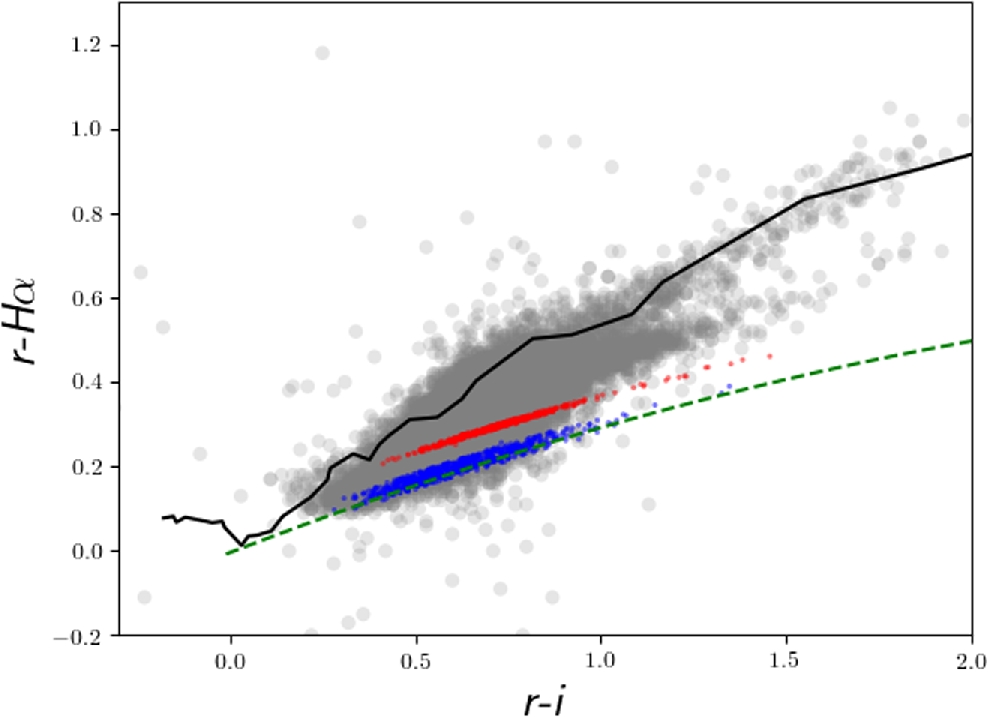