Galaxy mergers moulding the circum-galactic medium - I. The impact of a major merger

Galaxies are surrounded by sizeable gas reservoirs which host a significant amount of metals: the circum-galactic medium (CGM). The CGM acts as a mediator between the galaxy and the extragalactic medium. However, our understanding of how galaxy mergers, a major evolutionary transformation, impact the CGM remains deficient. We present a theoretical study of the effect of galaxy mergers on the CGM. We use hydrodynamical cosmological zoom-in simulations of a major merger selected from the Illustris project such that the z = 0 descendant has a halo mass and stellar mass comparable to the Milky Way. To study the CGM we then re-simulated this system at a 40 times better mass resolution, and included detailed post-processing ionization modelling. Our work demonstrates the effect the merger has on the characteristic size of the CGM, its metallicity, and the predicted covering fraction of various commonly observed gas-phase species, such as H I, C IV, and O VI. We show that merger-induced outflows can increase the CGM metallicity by 0.2-0.3 dex within 0.5 Gyr post-merger. These effects last up to 6 Gyr post-merger. While the merger increases the total metal covering fractions by factors of 2-3, the covering fractions of commonly observed UV ions decrease due to the hard ionizing radiation from the active galactic nucleus, which we model explicitly. Our study of the single simulated major merger presented in this work demonstrates the significant impact that a galaxy interaction can have on the size, metallicity, and observed column densities of the CGM. 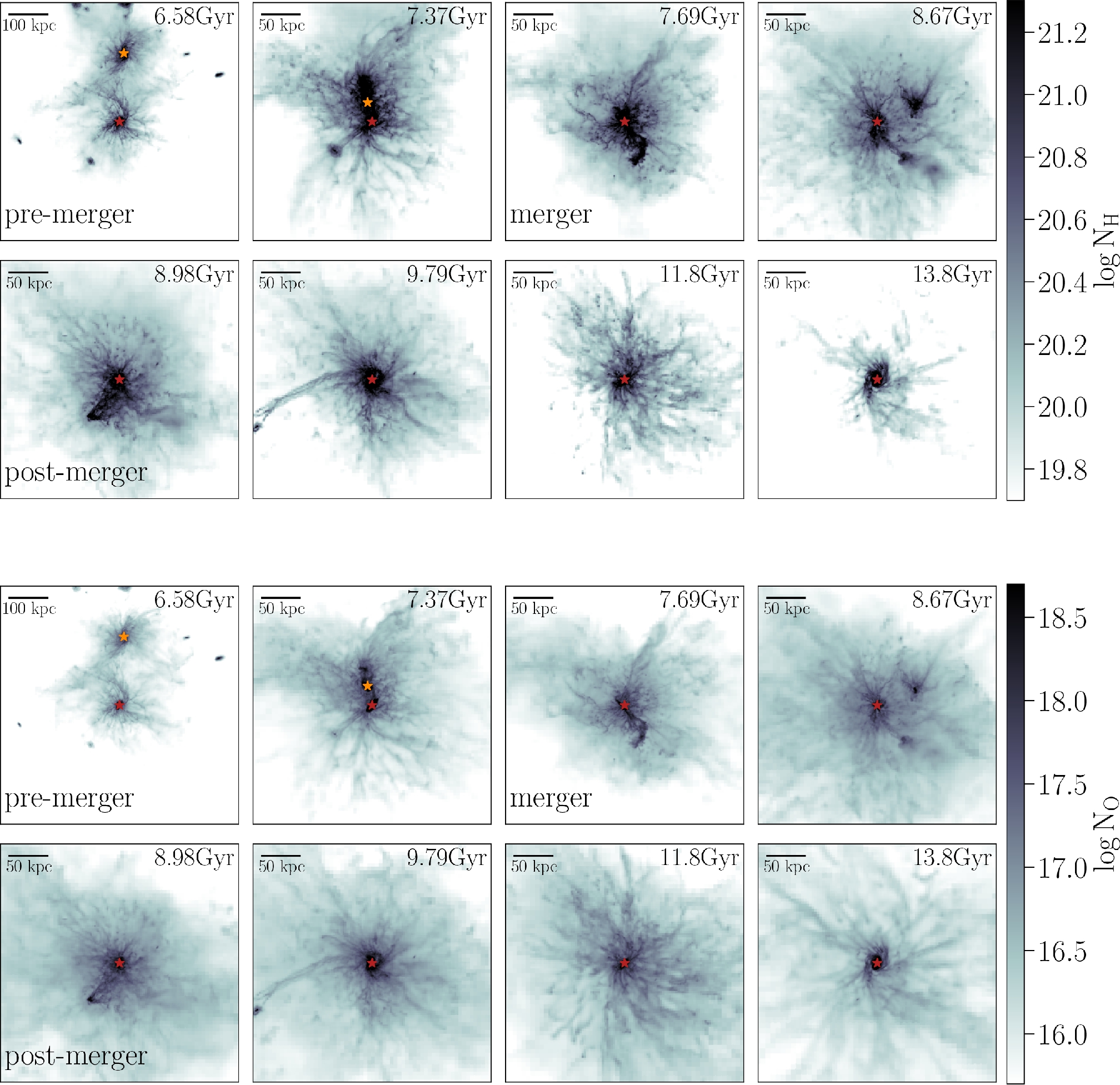