We report on H α + [N II] imaging of the Arp 202 interacting pair and its tidal dwarf galaxy (TDG) candidate as well as a GMOS long slit spectrum from the TDG candidate, observed with the Gemini North telescope. Our H α + [N II] imaging reveals the TDG to have an elongated structure, ∼ 1.9 kpc in length with the two principal star-forming knots at either end. Our observations also show the TDG candidate has a recessional VH α ∼ 3032 km s-1, within 100 km s-1 of the parent pair's mean velocity and an oxygen abundance of 12+log(O/H) = 8.10±0.41. The TDG's oxygen abundance is in good agreement with that of a star-forming region in NGC 2719A, one of the parent galaxies, which has an estimated oxygen abundance of 12+log(O/H) = 8.05 ± 0.41. The TDG's VH α and oxygen abundance confirm previous results validating the candidate as a TDG. The absence of detectable emission from the TDG in Spitzer 3.6 and 4.5 μm images together with the lack of absorption lines and weak continuum in the spectrum is consistent with absence the of an old population (≳0.5 Gyr). The location of the TDG within the interaction debris and the absence of indicators of an old stellar population in the TDG is consistent with a scenario in which the TDG is formed from H I stripped from the parent galaxies and within the extended dark matter halo of one of the parents as proposed by Bournaud et al. and Duc et al. 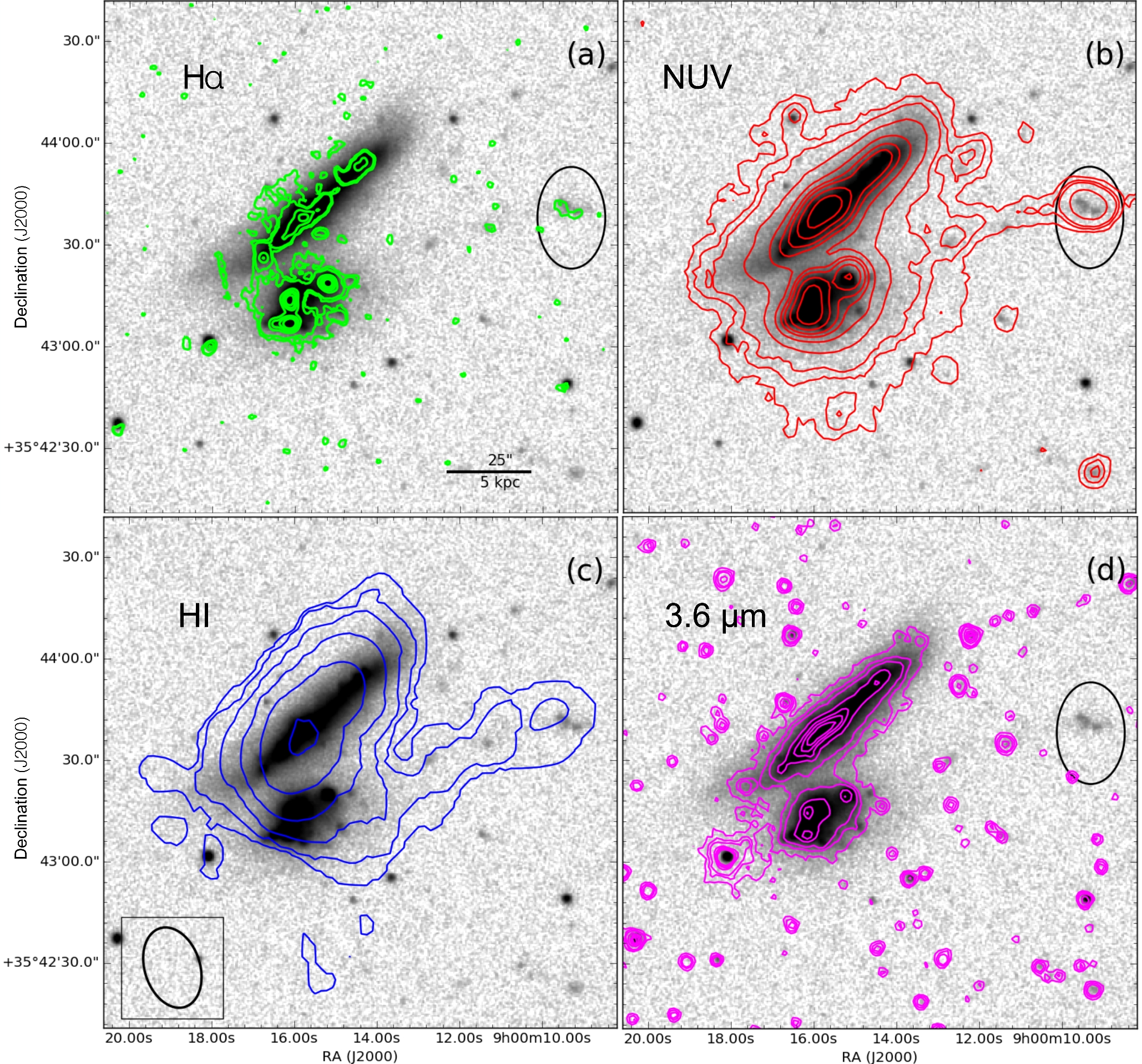