A Multiscale pipeline for the search of string-induced CMB anisotropies

We propose a multiscale edge-detection algorithm to search for the Gott-Kaiser-Stebbins imprints of a cosmic string (CS) network on the cosmic microwave background (CMB) anisotropies. Curvelet decomposition and extended Canny algorithm are used to enhance the string detectability. Various statistical tools are then applied to quantify the deviation of CMB maps having a CS contribution with respect to pure Gaussian anisotropies of inflationary origin. These statistical measures include the one-point probability density function, the weighted two-point correlation function (TPCF) of the anisotropies, the unweighted TPCF of the peaks and of the up-crossing map, as well as their cross-correlation. We use this algorithm on a hundred of simulated Nambu-Goto CMB flat sky maps, covering approximately 10 per cent of the sky, and for different string tensions Gμ. On noiseless sky maps with an angular resolution of 0.9 arcmin, we show that our pipeline detects CSs with Gμ as low as Gμ ≳ 4.3 × 10-10. At the same resolution, but with a noise level typical to a CMB-S4 phase II experiment, the detection threshold would be to Gμ ≳ 1.2 × 10-7. 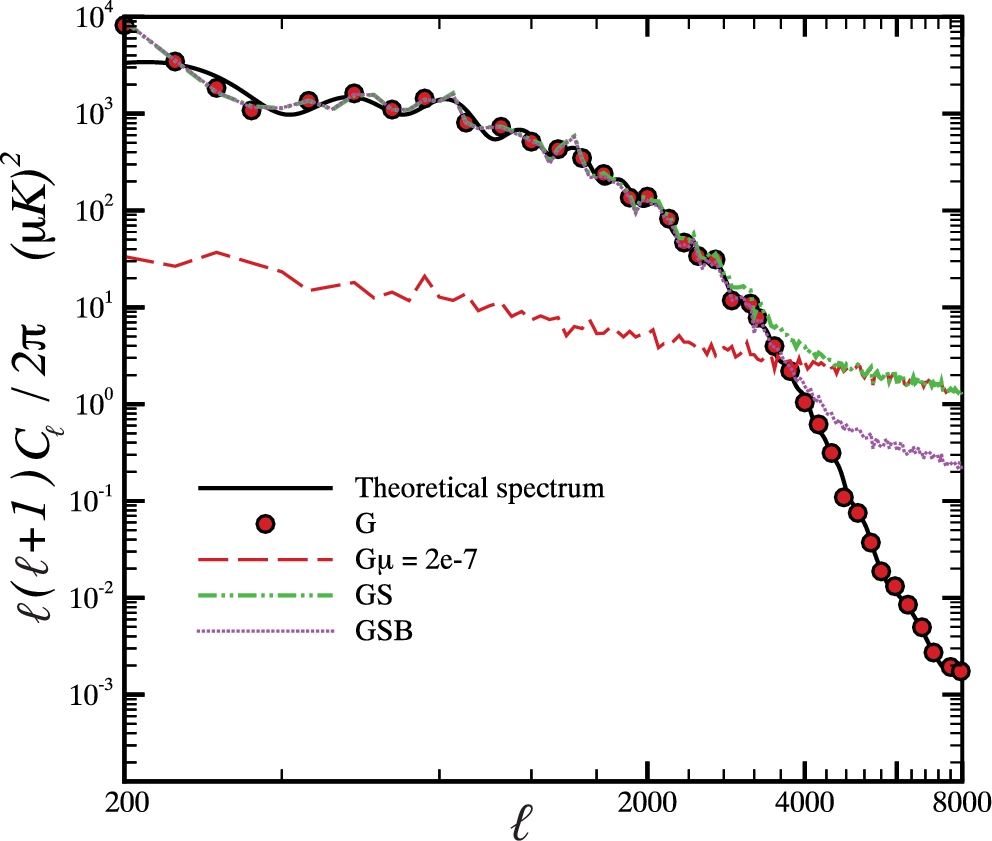